ReviewsFire
Home VPN How to watch US Netflix on Android TV: The EASY way! (February... 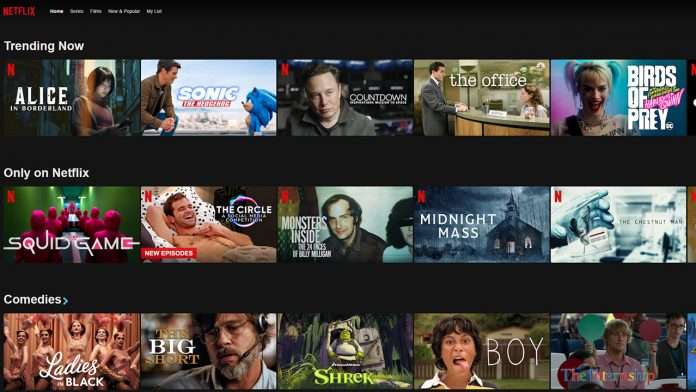 If you’re outside the US, you may have noticed Netflix doesn’t have all the same shows and movies as it does at home.

This is happening because some film and TV studios enforce copyright by geographic region. Basically, Netflix has the rights to broadcast shows in some areas but not in others.

This can be frustrating when you can’t watch the show you were halfway through while outside the US. But fortunately, there’s an easy way to get around this issue.

A reliable VPN can trick Netflix into thinking you’re watching its content from within the US. This will provide you with the same Netflix library you get at home so you can watch all of your favourite shows anywhere in the world.

This article will explain how to get a reliable VPN that will allow you to watch US Netflix on Android TV.

How to watch US Netflix on Android TV: Quick Guide

To watch US Netflix on Android TV, you need a US-based IP address.

When Netflix started, it was only available in the US. Now it’s available almost anywhere.

Although Netflix as a platform is available worldwide, the content it broadcasts varies from country to country.

This is because film and television studios spend a lot of money creating their productions. And to protect their investment, they enforce copyright and licensing measures regarding where and how their content is broadcast.

Studios are the ones that decide where their content can be broadcast. If a tv company or film studio decides that they only want their content to be broadcast in the US, then anyone outside the US won’t be able to access that content.

Basically, Netflix is different in every country because film and TV studios may or may not sell Netflix the rights to broadcast their content in that country.

Can I watch US Netflix on Android TV?

The good news is you can easily watch US Netflix on Android TV. All you need is a reliable VPN. We recommend ExpressVPN ($6.67/month) or Private Internet Access ($2.03/month).

These VPNs allow you to trick Netflix into thinking you’re accessing it from within the US. And this will give you access to the US Netflix library.

Whenever you go online, you’re given a unique IP address. This IP contains information about your location.

When you connect to Netflix, it scans this IP address and uses this information to determine which Netflix library you’ll have access to. If you’re in the UK, you’ll be using a UK IP address, and Netflix will show its UK library, the same in Australia and every other country where Netflix is available.

Because VPNs are a good way of watching region-locked Netflix outside its broadcast zones, Netflix tries to block them. And for lesser VPNs, especially free ones, it’s usually successful.

For lesser VPNs, especially free VPNs, this can be a problem.

Over time Netflix is able to identify all the IP addresses these VPNs can provide, and that VPN won’t work anymore.

What VPNs work with US Netflix?

The VPNs that work with Netflix are the ones that meet three key criteria. First, they need to have a lot of IP addresses, so there’s less chance you’ll share an IP with another customer. Second, they need to have reliable servers around the world you can connect to and thirdly and most importantly, they need to have measures in place to get around Netflix’s VPN blocks.

ExpressVPN ($6.67/month) or Private Internet Access ($2.03/month) play a game of cat and mouse with Netflix. When an IP address provided by these VPNs is blocked by Netflix, they’ll close that IP address and open a new one. This will allow you to watch Netflix on Android TV reliably. They also have a lot of IP addresses and some of the fastest servers on the market.

The best VPNs to watch US Netflix on Android TV