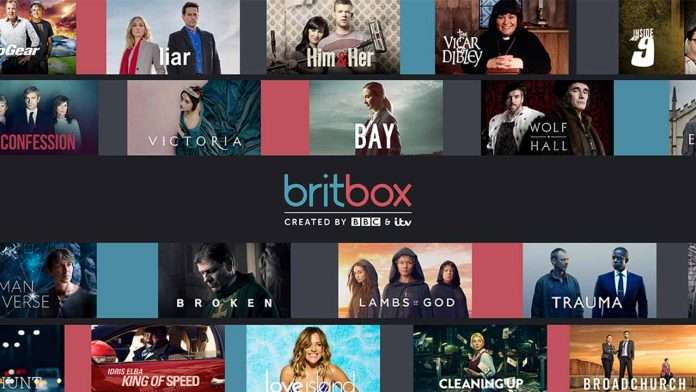 If you’re trying to watch BritBox in Spain, the streaming service won’t work. This is because BritBox hasn’t “officially” been released in the country.

Even if you’re already a BritBox subscriber, the streaming service still won’t work in Spain. This can be frustrating; however, the good news is, there’s an easy way to get around this problem.

All you need to do is make BritBox think you’re connecting to its service from within a country where BritBox has officially released.

Although this sounds complicated, it’s very simple. All you need is a reliable VPN.

This article will explain how to watch BritBox in Spain using a reliable VPN.

How to watch BritBox in Spain: Quick Guide

To watch BritBox in Spain, you need to change your Spanish IP address to an IP based in a country where BritBox is available.

What countries is BritBox available in?

Below is a list of the countries BritBox is available in:

Why doesn’t BritBox work in Spain?

The reason BritBox doesn’t work in Spain is, firstly, because the streaming service hasn’t been released there, and secondly, because BritBox is blocking you from accessing its service.

BritBox doesn’t have the rights to broadcast its content in Spain. If it made itself available in the country, it would be going against the copyright and licensing agreements it has with its content partners. This can often result in massive financial penalties.

Obviously, BritBox doesn’t want this to happen, so it prevents anyone outside of the countries where it’s available from accessing its service.

These blocks are why BritBox doesn’t work in Spain.

How does BritBox block my connection?

BritBox blocks your connection by identifying where you’re physically located when connecting to its service. It does this by scanning your IP address.

Whenever you go online, you’re allocated a unique IP address. Think of it like the area code on a landline phone. It contains information that discloses your physical location.

An IP address is used to create a communication link between your device and the website or app that you’re visiting, in this case, BritBox.

The problem is, that in order for this communication to work your IP address needs to contain information about where your device is physically located. This is so BritBox knows where to send information back.

BritBox scans your IP address when you connect to it, and if it shows you aren’t in one of the countries where BritBox is “officially” available, your connection will be blocked.

How can I get around BritBox’s geo-blocks?

In order to watch BritBox in Spain, you need to make it think you’re accessing the platform from within a country where its available. To do that you need an IP address based in one of these countries.

The best way to change your IP address is using a reliable VPN like ExpressVPN ($6.67/month) or Private Internet Access ($2.03/month).

These VPNs give you an anonymous internet connection so BritBox cannot figure out where you’re located. They also allow you to spoof your IP address so that BritBox thinks you’re accessing its content from within a different country.

All you need to do is download ExpressVPN ($6.67/month) or Private Internet Access ($2.03/month), connect to a server in a country where BritBox is available, and you’ll be given an IP address from that country.

Now when BritBox you’ll be able to watch BritBox in Spain, or anywhere in the world.

There are loads of VPNs out there and not all of them will work with BritBox.

The VPNs that do work are the ones that have fast servers and that have measures in place to get around BritBox’s VPN blocking techniques.

BritBox tries to block VPNs from accessing its service. It does this because VPNs are well-known ways of watching BritBox, outside countries where it has been released and they can sometimes put BritBox at risk of financial repercussions.

For lesser VPNs, especially free VPNs it’s very hard to get around BritBox’s VPN blocking methods. This is because lesser VPNs don’t have measures to stay one step ahead of these blocks. Fortunately, the best VPNs like ExpressVPN ($6.67/month) or Private Internet Access ($2.03/month) use a simple process that allows you to watch BritBox reliably in Spain.

The best VPNs to watch BritBox in Spain