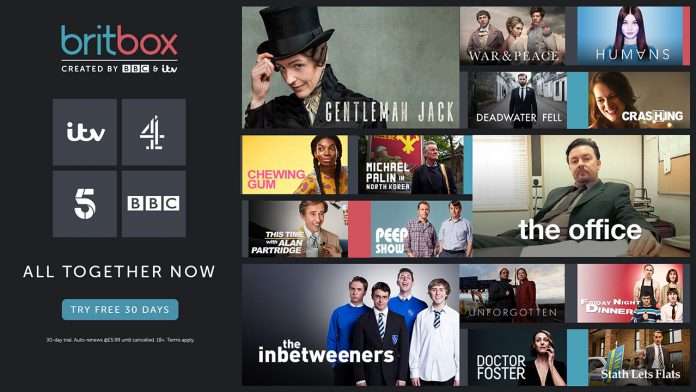 If Britbox has stopped working with your VPN, don’t worry; there are a few easy fixes you can try.

Your VPN has stopped working with BritBox because it has identified the IP address that your VPN has given you and blocked it.

In this article, I will show you how to resolve this issue, so you can resume watching BritBox from anywhere in the world.

BritBox not working with VPN: Fixes

Why does BritBox block VPNs?

The reason BritBox blocks VPNs is all to do with broadcasting rights.

BritBox only has the rights to broadcast its content in the United Kingdom, the United States, Canada, Australia, and South Africa. It does not have international broadcasting rights.

BritBox blocks anybody outside of these countries from accessing its content to protect itself from potential copyright and licensing issues.

VPNs are a well-known way to get around these blocks. Which again could result in serious licensing or copyright infringement issues. To prevent that from happening, BritBox tries to block VPNs from connecting to its service.

How does BritBox block VPNs?

In order for VPNs to be profitable, they need to have more customers than IP addresses. BritBox knows this, and it uses it to its advantage.

Because of this business model, VPN customers are often forced to share IPs. When Britbox sees hundreds or thousands of connections coming from the same IP address, it deems this as an abnormal amount of connections. It knows this is an IP that has been provided by a VPN, and it blocks it.

Do VPNs still work with BritBox?

The VPNs that work with BritBox are the ones that have measures to get around its VPN blocking techniques.

Lesser VPNs, especially free ones, don’t have measures in place to get around these blocks. Because of this, eventually, BritBox is able to identify all of the IP addresses these VPNs can provide and block them. This is probably what happened to you with your VPN.

You can wait for your VPN to release additional IP addresses that haven’t been blocked. However, the very fact that you’ve run into these problems in the first place means that your VPN doesn’t have measures in place. And it will just be a matter of time before the new IP addresses are blocked by BritBox as well.

The best VPNs for watching BritBox are the ones that can stay one step ahead of BritBox. VPNs like ExpressVPN ($6.67/month) or Private Internet Access ($2.03/month) play a game of cat and mouse with BritBox. When an IP address provided by one of these VPNs is identified and blocked ExpressVPN ($6.67/month) or Private Internet Access ($2.03/month) will close that IP and open a new one.

This simple measure allows you to watch BritBox reliably from anywhere in the world, and it will also prevent you from running into the errors you’re running into with your current VPN.

The best VPNs to watch BritBox

BritBox is an online video subscription service created by the BBC and ITV.

Focused on British television shows and movies, BritBox has one of the biggest collection of British box sets available.

BritBox Features popular British soaps and dramas like Coronation Street, Emmerdale and Hollyoaks and it broadcasts these shows within hours of their UK showing. It also includes a large archive of older programs like Doctor Who.