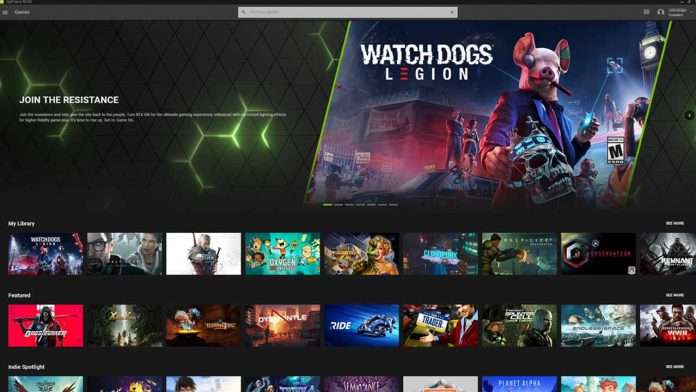 If you try using GeForce Now in NZ, you’ll come across an error that says, “GeForce Now is currently not supported in your region.”

This is frustrating, especially as there aren’t any alternatives to stream games in New Zealand.

Fortunately, there’s a way you can get GeForce Now to work in NZ. It’s easy, and it works well.

All you need is an email address, a mobile phone number and a reliable VPN.

This article will explain how to use GeForce Now in NZ so you can stream all your games on any device.

How to use GeForce Now in NZ: Guide

Why do we recommend ExpressVPN when using GeForce Now in NZ?

There are a few reasons why we recommend NordVPN when using GeForce Now in NZ.

ExpressVPN ($6.67/month) has very reliable Australian servers. If your VPN disconnects and reconnects a lot, you’ll constantly lose connection when streaming your games via GeForce Now. Needless to say this gets frustrating quickly.

We tested what VPNs have the most secure connections. We found ExpressVPN ($6.67/month) was the most secure, and we never had any connection issues when streaming our games like Valheim, COD, Fortnite and others on GeForce Now.

Another crucial reason we recommend ExpressVPN ($6.67/month) is because of latency.

GeForce Now doesn’t have official servers based in NZ, so latency can be a big issue. If you’re not sure what latency is, it “refers to the average total time that it takes your gaming or video devices to send data to the corresponding server, and then back to your device.”

Because you’re connecting to Australian servers when using GeForce Now in NZ, the distance for your information to travel is larger, meaning the latency will be higher than if you connect to an NZ server.

The higher the latency, the more lag you’ll have when streaming games. This means when you click to shoot or select an item, for example, there will be a significant delay, making the games unplayable.

Will any VPN work with GeForce Now?

Because GeForce Now isn’t officially supported in NZ, it tries to block VPNs.

It does this by monitoring for an abnormal amount of connections coming from the same IP address.

Usually, only a household of devices (8-10) will connect to GeForce Now via the same IP address. Any more than that, and the streaming service will deem it an abnormal amount.

This can be a problem for VPNs, especially free VPNs because they have so many customers that they can’t provide each user with their own IP. When this happens, they force customers to share IPs.

Now when hundreds or thousands of users using the same IP connect to GeForce Now, the streaming service knows it’s a VPN, and it blocks it.

We also found that free VPNs struggle with GeForce Now becuase they don’t have fast enough servers to keep up with the latency.

While we were able to stream our games using lesser VPNs like Tunnelbear, HotSpot Shield, and Atlas VPN we came across massive amounts of lag which made the games unplayable.

What VPNs work with GeForce Now?

The VPNs that work with GeForce Now are the ones that have measures to get around its VPN blocking techniques.

And finally, ExpressVPN ($6.67/month) has high-speed servers that keep the latency between your device and the Pentanet servers low, so you never have latency issues or lag when streaming your games.

Below is a list of the VPNs we found were the best for using GeForce Now in NZ.

The best VPNs for using GeForce Now in NZ

Why isn’t GeForce Now in NZ?

GeForce Now isn’t in NZ simply because it hasn’t been released here yet.

If this model is to be followed, Nvidia would need to partner with Spark, Vodafone, 2Degrees or any NZ ISP to bring GeForce Now “officially” to NZ.

There hasn’t been any news regarding when or even if this will happen. At this rate, it could be years before the gaming streaming service is officially released in NZ.

Fortunately, with ExpressVPN ($6.67/month), we can use GeForce Now seamlessly in NZ right now.

How much does GeForce Now powered by Pentanet cost?

There are two subscription tiers for GeForce Now.

There’s a Free tier that doesn’t cost anything but has basic access, meaning you may have to queue to stream and only has unlimited 1-hour play sessions. When your hour is up, you’ll have to queue again.

There’s also a Priority tier which costs AUD$20/month or AUD$17/month for an annual plan.

This subscription tier allows you to skip the queues, increases the unlimited 1-hour sessions to 4-hours and enables RTX technologies.

I came across a “disconnect from VPN and try again” error on GeForce Now.

You may come across a “disconnect from VPN and try again” error when using the streaming service.

Simply turn your VPN off and continue streaming the game if this happens.

Once you’ve connected to the server with the VPN on, you can turn it off, and the streaming service will think you’re still using the same IP address.