ReviewsFire
Home VPN How to watch SonyLiv in the UK: It’s EASY and only takes... 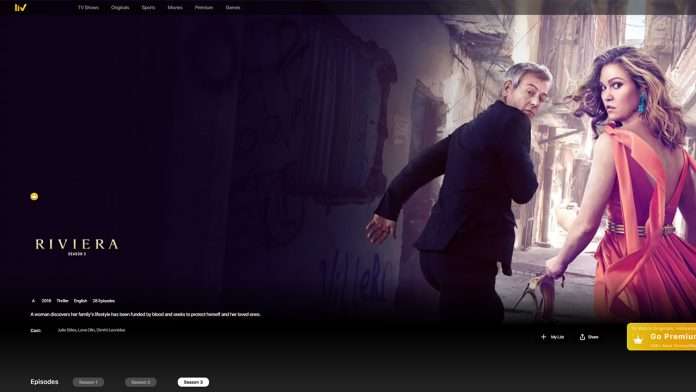 If you try and connect to SonyLiv in the UK, you’ll notice the streaming service won’t work. Don’t panic. There’s a simple way to fix this issue.

SonyLiv isn’t working because it only has the rights to broadcast its content in India. If you’re outside of India, it will block your connection.

To get around this error, you need to fool SonyLiv into thinking you’re trying to watch its service from inside India.

The easiest way to do that is by using a reliable VPN.

How to watch SonyLiv in the UK: Quick Guide

To trick SonyLiv into thinking you’re accessing the service from inside India, you need an Indian IP address.

The best way to do that is by using a VPN.

Follow these simple steps to get a reliable VPN that will allow you to watch SonyLiv anywhere in the world:

Why can’t I watch SonyLiv in the UK?

SonyLiv is an Indian-based streaming service that only has the rights to broadcast its content in India. It doesn’t have international broadcast rights.

Because of this, SonyLiv blocks anyone outside of India from accessing its content. You’ll be able to go on the website. However, none of the content will be available to stream.

The reason SonyLiv blocks customers outside of India is due to copyright and licensing restrictions. If SonyLiv broadcasts its content in countries where it doesn’t have the broadcast rights, it could face severe repercussions.

To prevent that from happening, SonyLiv uses geo-blocking techniques to stop users outside of India from streaming any of its content.

How does SonyLiv block my connection?

SonyLiv blocks your connection by identifying your location when you connect to the service.

The way SonyLiv does this is all to do with your IP address. Whenever you go online, you’re given a unique IP address and this IP contains information that discloses your location. It’s similar to the area code on a landline phone.

When you connect to SonyLiv, it scans your IP address to determine if you’re connecting from inside India or not. If you aren’t, SonyLiv blocks your connection, and you cannot access any of its content.

How do I get around SonyLiv’s blocks?

The easiest way to get around these blocks is to trick SonyLiv into thinking you’re trying to watch the service from inside India.

To do that, you need an Indian IP address and the best way to get one is with a VPN.

VPNs will allow you to select a server in a country of your choosing. Once you connect to this server, you’ll be given an IP address in that location.

To watch SonyLiv in the UK, all you need to do is get a VPN and connect to an Indian server. Now when SonyLiv scans your IP address, it will think you’re in India, and you’ll be able to access the content.

SonyLiv does block VPNs. It cannot block an entire VPN, but it can blacklist and block the IP addresses that VPN provides.

It does this by monitoring for an abnormal amount (more than an average household) of connections coming from the same IP address.

For lesser VPNs and especially free VPNs, this can be an issue.

Because these VPNs are free, more often than not, they have more customers than IP addresses. When this happens, customers are forced to share IPs.

When SonyLiv sees hundreds or thousands of connections coming from the same IP, it knows it’s a VPN, and it blocks it.

Eventually, all of the VPN IP addresses are identified and blocked. Which results in the VPN no longer working with SonyLiv at all.

Does SonyLiv still work with VPNs?

Yes, it does, but you need to use a VPN that is able to stay ahead of SonyLiv’s blocks. We recommend ExpressVPN ($6.67/month) or Private Internet Access ($2.03/month).

Both ExpressVPN ($6.67/month) or Private Internet Access ($2.03/month) have a lot of IP addresses. This means you’ll have less chance of sharing an IP with other customers. They also have measures in place to stay ahead of SonyLiv’s VPN blocking techniques.

When SonyLiv blocks an IP address provided by ExpressVPN ($6.67/month) or Private Internet Access ($2.03/month) these VPNs will close that IP address and open a new one. This means the VPNs will consistently work with SonyLiv, and it also means you’ll be able to watch SonyLiv anywhere in the world reliably.

The best VPNs to stream SonyLiv

SonyLiv is an Indian streaming platform that was introduced in 2013.

How much does SonyLiv cost?

SonyLiv has a number of different subscriptions with different costs: