ReviewsFire
Home VPN How to watch myTV Super in the UK: The EASY way! (January... 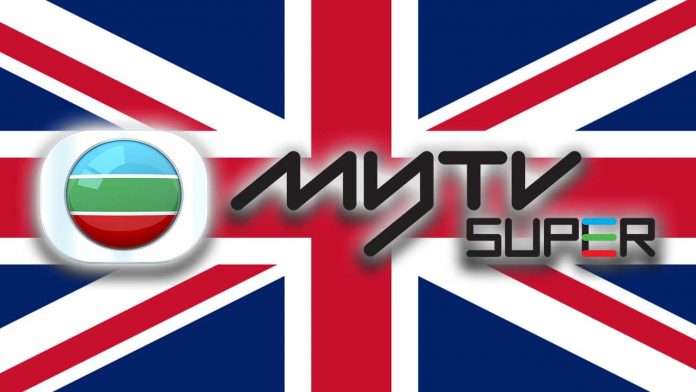 If you’re trying to watch myTV Super in the UK, the Hong Kong based streaming service won’t work. This is because myTV Super doesn’t have the rights to broadcast its content in the UK.

This can be frustrating however, there’s a simple way to get around this issue. All you need is a reliable VPN.

This article will explain how to watch myTV Super in the UK, using a reliable VPN.

How to watch myTV Super in the UK: Quick guide

To watch myTV Super in the UK, you need to make the streaming service think you’re accessing it from within Hong Kong.

To do that you need a VPN.

Why can’t I watch myTV Super in the UK?

myTV Super isn’t “officially” supported in the UK. It’s a Hong Kong based streaming service that is only available in Hong Kong.

If you try to access myTV Super in the UK you’ll come across errors saying you need to be in Hong Kong to use this streaming service or it’s unavailable in your region.

You’re running into these errors because myTV Super does not have the rights to broadcast its content in the UK.

If it broadcast its content in the UK it could face financial penalties for breaching the copyright and licensing agreements it has with its content partners. myTV Super obviously doesn’t want this to happen so it blocks anyone outside of Hong Kong from accessing its content.

The streaming service blocks you by scanning your IP address when you connect to its service. Your IP address is used to communicate between your device and myTV Super and it contains information about your location.

When myTV Super scans your IP it can see where you’re located, and if you’re outside of Hong Kong, it will block your connection.

How can I get around myTV Super’s blocks?

The way to get around these blocks is to change your IP address to a Hong Kong one. This way, myTV Super will think you’re inside its broadcast zone and its content will be available for you.

The best way to get a Hong Kong IP address is using a reliable VPN. VPNs make the process easy and the best VPNs will allow you to watch myTV Super in the UK reliably.

VPNs are very good at allowing you to watch myTV Super in the UK because they give you an anonymous internet connection and they allow you to spoof your IP address.

VPNs encrypt all your online data into an unreadable code. This encryption process provides you with an anonymous internet connection so myTV Super can’t determine your location.

Once that data is encrypted the VPN will reroute it through its own servers. Once it reaches this server it’s decrypted and sent to a local internet service provider in a country of your choosing. (In this case, Hong Kong)

Will any VPN work with myTV Super?

Because VPNs are a well-known way to watch myTV Super outside its broadcast zone, the streaming service tries to block VPNs from connecting to its service.

It cannot block a VPN completely however it can block the IP addresses the VPN provides.

For free VPNs, these methods are difficult to get around.

The good news is, the best VPNs are able to get around these blocking techniques. When myTV Super blocks an IP address provided by a VPN, ExpressVPN ($6.67/month) or Private Internet Access ($2.03/month) will close that IP address and open a new one. This keeps them one step ahead of myTV Super and most importantly it allows you to watch myTV Super in the UK reliably.

The best VPNs to watch myTV Super in the UK