Home VPN How to listen to BBC Radio abroad

If you’re on holiday, working abroad, or living as an expat, you needn’t go cold turkey from BBC Sounds (née BBC iPlayer Radio). Here we show you how to listen to BBC Radio abroad.

How to listen to BBC Radio abroad: Quick guide

BBC Sounds, not BBC iPlayer, is currently blocking VPNs. If you want to listen to TMS, I suggest using the https://www.radio-uk.co.uk/bbc-5-live-sports-extra feed, not BBC Sounds. This works with both ExpressVPN (£5.15/month) and Ivacy (£1.02/month).

Alternatively, you can reroute your internet traffic via a Smart DNS Server and listen to BBC Sounds app.

How to listen to BBC Radio abroad: The history

Largely, the BBC is pretty good at making its radio available to the world. This dates back to a time when the BBC was committed to using radio as a tool to share British culture, and its views, with the world.

The result of this commitment means UK travellers only need an internet connection and a smartphone/tablet/computer to listen to BBC Radio. Then they just need to download the BBC iPlayer Radio App or login to http://www.bbc.co.uk/sounds. However, that’s not the whole story.

If you’re listening to a program, such as sport, that’s restricted for “licensing reasons” you won’t be able to listen from outside the UK.

How to listen to BBC iPlayer Radio abroad?

Providing you have a decent internet connection, or roaming data on your phone, listening to BBC Radio while you’re abroad is pretty simple. All you need is a VPN… and these can cost as little as a few pounds a month.

The best way to listen to BBC iPlayer Radio when you’re abroad is to buy a VPN. A Virtual Private Server (VPN) will spoof your IP location (internet connection) using encrypted data and a network of servers all over the world. This means you can trick BBC iPlayer into thinking you’re connecting to its content from an IP address in the UK. A VPN will work from anywhere in the world, all you need is an active internet connection.

I recommend using either  ExpressVPN (£5.13/month) or Ivacy (£1.74/month) as these are the two best VPNs at unblocking BBC iPlayer content. Note that if you choose to use Ivacy, the best way to unblock BBC sounds and BBC iPlayer is by selecting the BBC server which can be found via the app’s Streaming tab. ExpressVPN is a more premium service, meaning any UK server will unblock BBC iPlayer.

Some content is subject to licensing. This means the content is restricted to being broadcast in the UK only. More often than not, this is only the case for live sporting events.

See also: How to listen to TMS abroad: Listen to England Cricket while overseas.

When that’s the case, your options are limited. The best way to bypass these geo-restrictions is to install a VPN and select a server in the UK to spoof BBC iPlayer Radio into thinking you’re accessing its content from a UK IP address.

Until late last year, practically any VPN provider was good enough to bypass the BBC’s low-tech geo-restrictions. However, everything as changed now.

Due to wide-spread abuse of VPNs to access iPlayer, the BBC (and all other major broadcasters) has upped its geo-restriction blocks. The BBC now actively block IP addresses it suspects VPN are using.

The way it identifies these VPNs is relatively straightforward. VPN providers share the same few servers with their thousands of customers. Which means the same IP addresses are downloading abnormal amounts of content from BBC iPlayer’s servers.

BBC iPlayer will blacklist any IP with “abnormal behaviour” patterns.

This is the reason not all VPNs work with iPlayer, as some VPNs don’t refresh their IP addresses fast enough to keep up with the BBC’s blacklisting offensive. Which is why we suggest you use Ivacy (£1.74/month) or ExpressVPN (£5.13/month) as they stay one step ahead of the VPN ban.

However any of the VPNs listed below will also work with BBC Sounds from outside the UK.

Read next: How to watch 3pm kick offs in the UK. 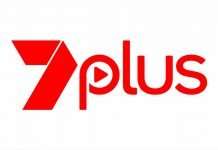