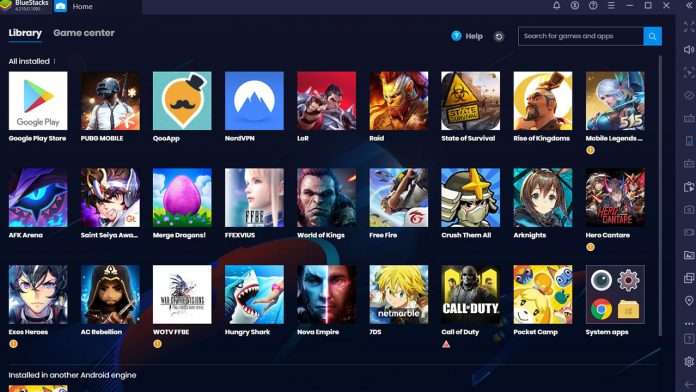 If you’ve been using BlueStacks with a VPN and you’re constantly running into buffering issues, slowdowns or errors, your VPN doesn’t use a protocol that is fast or secure enough to use BlueStacks without issues.

This can be frustrating, especially if you’ve subscribed to a VPN and it’s not working.

The good news is, there’s a number of fixes you can try to resolve these problems.

Follow the below steps in order. If the first fix doesn’t work, move on to the next one until you can use BlueStacks with a VPN without problems.

Before you go through the fixes, determine if it’s actually your VPN that’s causing the issues.

The reasons you’re running into buffering, slowdowns and errors with BlueStacks could be due to your internet speed and or your RAM.

To use BlueStacks, it’s recommended you have broadband internet and at least 4GB of RAM.

If there aren’t any issues with your internet speed, continue to these steps to fix BlueStacks not working with VPN

VPN speeds are dependent on the VPN protocol they use.

A VPN protocol is a set of rules used to communicate between the VPN client and the VPN server.

These protocols are designed for different functions. Some of them prioritise security, while others prioritise speed.

The most common protocols are OpenVPN, IKEv2, and Wireguard. The first two prioritise security, while Wireguard prioritises speed but isn’t as secure as the other two.

What VPNs are fast enough for BlueStacks?

The VPNs that work the best with BlueStacks are the ones using a protocol that prioritises both speed and security. ExpressVPN ($6.67/month) is the best VPN for this.

Lightway is designed to be super fast and incredibly secure, and this protocol makes it a very good when using Bluestacks.

Lightway is a light weight protocol, with 2,000 less lines of code than other protocols. It’s open-source software meaning it’s available for anyone to view and critique. Most testers have found it’s incredibly secure, and the fastest protocol currently available on a VPN.

This means ExpressVPN ($6.67/month) is a fast and secure VPN that prevents buffering, slowdowns and errors when using BlueStacks.

Below is a list of VPNs that all use fast and secure protocols. All of these VPNs work well with BlueStacks and won’t be slow or contain errors.

The best VPNs for BlueStacks.