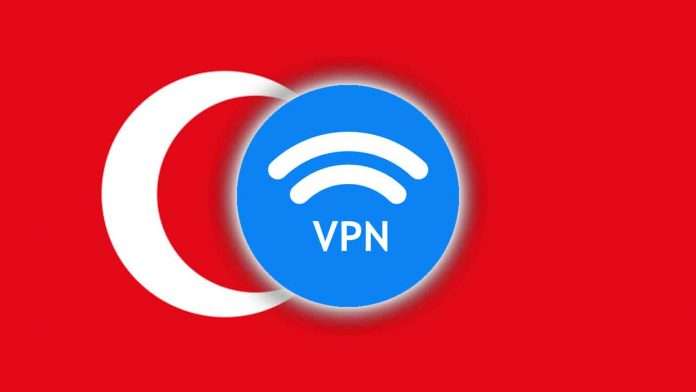 If you’ve been using or are trying to use a VPN in Turkey and it’s not working, your VPN can’t get around the VPN restrictions imposed by the Turkish government.

Although VPNs are legal in Turkey, the government has strict VPN restrictions. It has been restricting VPNs since 2016.

If your VPN isn’t working, it has been blocked by the Turkish government and doesn’t have the infrastructure to get around the Turkish internet service provider (ISP) blocking methods.

Fortunately, there are still some VPNs that work reliably in Turkey. To fix this issue, you need to upgrade to a VPN with reliable servers worldwide and with measures in place to stay one step ahead of the Turkish ISP VPN blocks.

This article will explain how to fix VPN not working in Turkey.

To fix VPN not working in Turkey you need to upgrade to a VPN that can provide IP addresses that the Turkish government can’t identify and block.

The best VPNs for this are the VPNs that use their own protocol. Most VPNs rely on common protocols like WireGuard and OpenVPN. These aren’t inadequate protocols, but because they’re popular, they’re easier for Turkish ISPs to identify and block.

You need a VPN with a high-speed and secure protocol to get around this issue. To do that, follow these simple steps:

Why does Turkey block VPNs?

Although VPNs aren’t illegal in Turkey, they’re heavily restricted and often don’t work at all.

The reason they get restricted or blocked is because Turkey has stringent laws and rules regarding its online censorship. Because VPNs are a way to get around these rules, the Turkish government restricts VPN usage.

Because a VPN can make it look like you’re connecting to the internet from outside Turkey, you can potentially access content that the Turkish government censors. VPNs also provide you with an anonymous internet connection. This means the Turkish authorities cannot track your internet usage.

The Turkish authorities don’t want you to be able to do either of these things, so it restricts and blocks VPNs.

How does Turkey block VPNs?

Turkish authorities use a variety of methods to restrict and block VPNs. It enforces these methods via Turkish internet service providers (ISPs)

First, it tries to identify and blacklist every VPN server worldwide. When identified, the Turkish ISP will add these servers to its firewall, meaning your VPN will stop working. This is an incredibly time-consuming way to do it, and it requires a lot of resources and is a rare case.

The second technique Turkish authorities utilise is blocking internet traffic that’s coming and going through ports that VPNs often use. These blocks will make it so your VPN cannot access any of the content you’re trying to access.

Do VPNs work in Turkey?

While many VPNs won’t work in Turkey because they can’t get around the nation’s VPN blocking techniques, there are some VPNs that still work reliably in Turkey.

It uses its own protocol called Lightway. Lightway is a lightweight protocol designed to be super-fast and super-secure. It’s an open-source code made up of only 2,000 lines created by ExpressVPN ($6.67/month)

The good thing about ExpressVPN ($6.67/month) is it has a measure in place to ensure it works reliably in Turkey.

This will ensure you can use ExpressVPN ($6.67/month) reliably in Turkey, and you won’t come across the same problems you’re coming across with your current VPN.