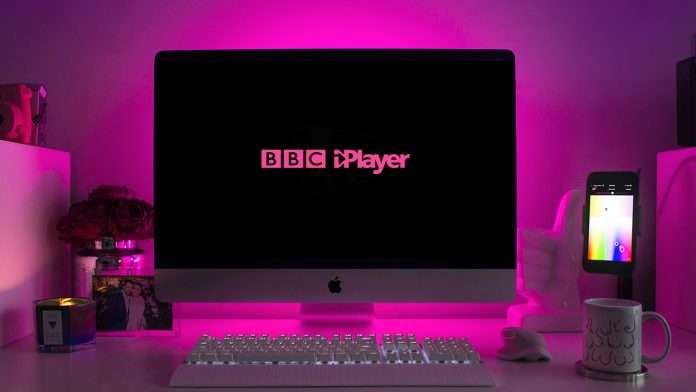 If you’re outside the UK, you won’t be able to access BBC iPlayer. You’ll come across an error saying “BBC iPlayer only works in the UK. Sorry, it’s due to rights issues.”

This means that if you’re overseas for work, holiday or you live overseas, you won’t be able to access any content on the BBC iPlayer platform.

Fortunately, a VPN allows you to get around these errors. The best VPNs will enable you to watch BBC iPlayer from anywhere in the world.

VPNs are getting increasingly popular, and the industry is booming right now. This has led to a massive influx of VPNs, some of which are good, and unfortunately, some are not so good. The not-so-good ones struggle to work with BBC iPlayer. But it can be tricky determining which VPNs will work and which won’t.

When we assess the best VPNs for BBC iPlayer, we look at four criteria: speed, servers, security and whether or not the VPN works reliably with BBC iPlayer.

On some occasions, we’ve all come across the dreaded buffering and stuttering when streaming content online. Because a VPN reroutes all of your online data through its own server, it adds a bit of latency to the connection. To cope with this, the VPN needs to be fast. If it’s not, it won’t work well with BBC iPlayer, and you’ll come across stuttering issues.

A VPN relies on the servers it has on its network. Without these servers, the VPN wouldn’t work. Not all VPNs have servers all over the world. When assessing what makes a good BBC iPlayer VPN, we look at how many servers it has, with importance on how many countries they’re located in. The more countries, the higher possibility of you being able to watch BBC iPlayer anywhere in the world.

How secure a VPN is is very important when streaming BBC iPlayer. Because VPNs allow users to watch iPlayer outside of its broadcast zone, the BBC tries to block them from accessing its content. If a VPN is secure, it makes it significantly harder for the BBC to do this. That’s why the best VPNs for BBC iPlayer need to have stringent security protocols in place.

The most important feature for a VPN to work well with BBC iPlayer is its ability to get around the BBC’s VPN blocking techniques. The best VPNs for BBC iPlayer use their speed, security and servers to ensure they’ll work reliably with BBC iPlayer, so you’ll never run into issues using the streaming service anywhere in the world.

How do we test the best VPNs for BBC iPlayer?

We test the best VPNs for Netflix over multiple criteria:

The best VPNs for BBC iPlayer

Yes, it does. However, you need to use a VPN that has the infrastructure and the resources to ensure it remains reliable with the streaming service.

BBC iPlayer tries to block VPNs. While it can’t block a VPN entirely, it can block the IP addresses the VPN provides.

The problem for lesser VPNs is they don’t have enough IP addresses to give each customer their own. This results in IP addresses having to be shared.

Now when hundreds or thousands of customers using the same VPN IP address connect to BBC iPlayer, it knows it’s a VPN, and it blocks the connection. This can be hard for lesser, especially free VPNs, to get around.

Fortunately, the best VPNs for BBC iPlayer, like ExpressVPN ($6.67/month) or Private Internet Access ($2.03/month), have measures in place to get around this issue.

These VPNs play a game of cat and mouse with the BBC. If, on the off chance, an IP address provided by ExpressVPN ($6.67/month) or Private Internet Access ($2.03/month) gets blocked by the BBC, these VPNs will close that IP address and open a new one. This will allow you to watch BBC iPlayer anywhere in the world reliably.

Why do I need a BBC iPlayer VPN?

The main reason you need a BBC iPlayer VPN is so you can watch the streaming service anywhere in the world.

If you’re outside the UK, you can’t watch BBC iPlayer without a VPN. Even if you’re a UK citizen and you go on holiday abroad, you still won’t be able to access the streaming service.

This is because the BBC doesn’t have the copyright and licensing agreements to broadcast its content internationally.

With live sports, movies, TV shows and a whole lot more, BBC iPlayer is one of the best free streaming services in the world. Being able to watch it outside the UK is a massive benefit.

The best VPNs, like ExpressVPN ($6.67/month) or Private Internet Access ($2.03/month), allow you to watch BBC iPlayer anywhere in the world so you can watch UK sports coverage or your favourite content anywhere you go.

BBC iPlayer not working with VPN?

If you’re trying to watch BBC iPlayer with a VPN and it’s not working. The streaming service has managed to identify, block and blacklist all of the IP addresses your VPN can provide.

This can be frustrating, but there are several fixes you can try to fix BBC iPlayer not working with VPN.

The majority of the time, the reason your VPN isn’t working with BBC iPlayer is because it isn’t fast or secure enough to work reliably with BBC iPlayer, and it doesn’t have measures in place to stay ahead of the BBC’s VPN blocks.

The best fix is to upgrade to one of the best VPNs for BBC iPlayer.