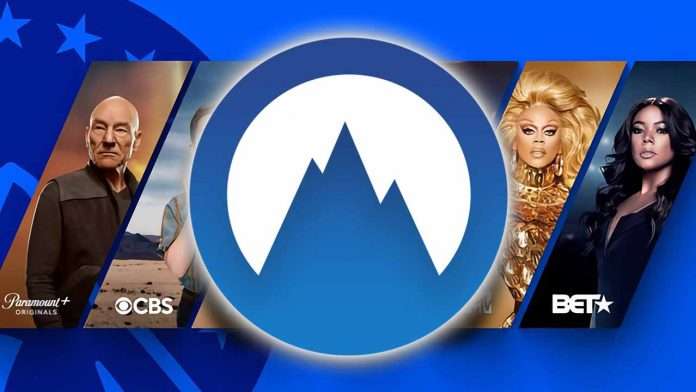 If you were watching or are trying to watch Paramount+ with NordVPN and it’s not working, Paramount has been able to identify and block all the IP addresses NordVPN can currently provide.

This can be frustrating, especially if it was working and now it’s not.

But, don’t panic. There’s a number of fixes you can try to resolve NordVPN not working with Paramount+.

Follow the below fixes in order. If one doesn’t work, move on to the next one until you can watch Paramount+ with a VPN again.

Before you try these fixes, it’s important to know that Paramount is very good at blocking VPNs.

Because of this, all VPNs need to constantly battle with Paramount to try and stay ahead of its VPN blocking techniques.

Sometimes, even the best VPNs struggle to do this, and they periodically stop winning that battle. NordVPN usually works very well with Paramount+.

To improve your chances of being able to consistently and reliably watch Paramount+ with a VPN, we recommend subscribing to multiple VPNs. That way, if one has all of its IP addresses blocked, you can try the other one and vice versa.

Why does Paramount block NordVPN?

Paramount tries to prevent any VPN from connecting to its service. It does this because of the copyright and licensing agreements it has with its content partners.

Paramount only has the rights to broadcast its content in certain regions. It does not have international broadcast rights.

Paramount blocks users outside its broadcast zones from accessing its content to prevent copyright and licensing issues from arising. This is why you cannot access Parmount+ in certain countries without a VPN.

Because NordVPN allows you to watch Paramount+ outside its broadcast zone, Paramount blocks IP addresses provided by the VPN to protect itself from financial punishments.

These blocks are why NordVPN is no longer working with Paramount+.

How does Paramount block NordVPN?

The way Paramount blocks NordVPN isn’t unique. A lot of streaming services use this technique.

Usually, only a household of devices connects to Paramount+ via the same IP address. Because NordVPN is a popular VPN, it has a lot of customers and not enough IP addresses to give each customer their own IP.

This discrepancy forces customers to share IP addresses. When Paramount sees more than an average household of connections coming from the same IP, it knows it’s a VPN IP address and blocks it.

Does Paramount+ still work with VPNs?

Paramount+ still works with VPNs. However, because Paramount is so good at blocking VPN IP addresses, you need to use a VPN with adequate measures to get around these blocks.

Disclaimer: The best practice for being able to watch Paramount+ reliably with a VPN is to have multiple VPNs. Even the best VPNs get blocked by Paramount+ from time to time. Subscribing to two VPNs will ensure that you can continue to watch Paramount+ while the other VPN fixes the issues on its end if needed.

The best VPNs to watch Paramount+

One of the most reliable VPNs on the market

ExpressVPN is an incredibly secure and fast VPN. It’s also very popular, however, it’s expensive. It can do everything Nord and Ivacy can, but prepare to cough up a little bit extra for this VPN.

It allows for an impressive 10 simultaneous connections, it has thousands of IP addresses and it has fast servers all over the world.

It uses the popular OpenVPN and IKEv2 protocols that are fast and secure, but not quite as reliable as Nord’s NordLynx protocol.

If you can afford it, you won’t be disappointed with ExpressVPN, it’s app is simple to use, its available on nearly all devices and it has a 30-day money-back guarantee if you change your mind.

Private Internet Access boasts the largest amount of IP addresses on this list. With over 35,000 servers worldwide, the chance of you sharing an IP address with other customers is minimal.

With servers based worldwide, there will always be a good quality server for you to connect to.

PIA allows for ten simultaneous connections, which is a lot. This means with a single payment; you can install PIA on ten different devices. Its servers are fast, and it’s very secure. You’ll have no issues streaming Netflix, Hulu, ITV, BBC, HBO, Disney+ or any streaming sites with this VPN.

PIA also has a live chat functionality, so there’s someone to talk to in case you encounter any issues. Also, if you change your mind and decide PIA isn’t right for you, there’s a 30-day money-back guarantee.

Ivacy is a reliable VPN at a great price. The only area where it lacks quality is its servers. They’re a little bit slower than the competition.

It can only be used on five devices simultaneously, which is a little low when compared to others on this list. However Ivacy is a very effective VPN that will not only unblock most streaming services when abroad like Netflix, Disney+, HBO Max, Hulu and more.

Ivacy has a unique user interface. Instead of selecting a country where you want your IP address to be based, you select a specific server for the streaming service you’re trying to connect to.

This means Ivacy provides you with an IP address that it knows will work with the streaming service you want to watch.

Using Ivacy, I could easily watch all my favourite streaming services worldwide.

CyberGhost isn’t a popular VPN, and usually, popularity correlates with performance when using a virtual private network. This remains true with CyberGhost.

Other than its handy 1-day free trial, there’s nothing unique about CyberGhost. Its speeds are okay but not the best, and it allows for seven simultaneous connections.

CyberGhost is designed with security in mind, so it’s a little bit slow and not recommended if you’re trying to watch streaming services outside your country.

If you’re looking for an anonymous internet connection, you can’t beat CyberGhost, but it may struggle with some streaming sites.