ReviewsFire
Home VPN How to watch The Office on Netflix: It’s EASY! (November 2022) 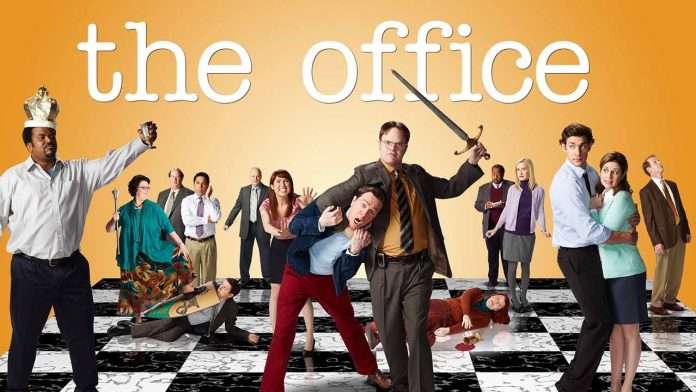 If you’re trying to watch The Office on Netflix, and it isn’t available on the Netflix library, you probably live in a country where Netflix doesn’t have the rights to broadcast the show.

For example if you live in the US, your Netflix library won’t have The Office.

This can be frustrating as you’ll have to subscribe to a different streaming service (Peacock) in order to stream The Office.

Fortunately, there’s a simple way you can watch The Office on Netflix anywhere in the world. All you need is a VPN.

This article will explain how to watch The Office on Netflix using a reliable VPN.

How to watch The Office on Netflix: Quick Guide

At the moment, there are several countries where Netflix has the rights to broadcast every episode of The Office.

Countries where Netflix broadcasts the Office

These countries all have the rights to broadcast The Office on Netflix.

In order to get the best connection, make sure you select a country on ExpressVPN ($6.67/month) that’s the closest to your country. For example, if you’re in the US, the best country to pick would be Canada.

Why isn’t The Office on Netflix?

The Office isn’t on your Netflix library because Netflix in your country doesn’t have the rights to broadcast the show.

In the US, NBCUniversal holds the rights to The Office, so only NBC can broadcast it on their streaming service, Peacock.

The countries in the list above have the rights to broadcast The Office on Netflix.

When you connect to Netflix it scans your IP address to determine where you’re located.

When you go online, you’re given a unique IP address. This is used to form a communication line between your device and Netflix. This IP is kind of like an area code for a landline phone, in that it contains information that defines where you are in the world.

When you connect to Netflix, you’re IP address is scanned for this location information.

Once Netflix determines where you are, it provides you with the Netflix library from that country.

To gain access to the Netflix in another country, you need to make Netflix think you’re accessing its service from within that country. Basically you need to change your IP address to an IP address based in one of those countries.

Although this may sound confusing, and complicated a reliable VPN like ExpressVPN ($6.67/month) or Private Internet Access ($2.03/month) makes it incredibly easy.

All you need to do is download ExpressVPN ($6.67/month) or Private Internet Access ($2.03/month) on your chosen device, click on a server in a country listed above and you’ll be given an IP address from that country.

Now when you connect to Netflix, you’ll have access to that countries Netflix library and you’ll be able to watch The Office on Netflix anywhere in the world.

No, not any VPN will work.

Because Netflix has strict requirements in regards to where it can broadcast certain content, it tries to block VPNs. It does this to protect itself from potential copyright and licensing fines . A VPN could be the reason for these fines.

Netflix is very good at blocking lesser VPNs, especially free ones. This is because Netflix uses one key technique, it scans for an abnormal amount of connections coming from the same IP address.

Usually only a household of devices (8-10) connects to Netflix using the same IP address. Lesser/free VPNs have a lot of customers and they don’t have the IP addresses to meet the demand. When this happens, these VPNs force customers to share IP addresses.

When Netflix sees hundreds or thousands of connections coming from the same IP address it knows its a VPN and it blocks the connection.

The good news is ExpressVPN ($6.67/month) or Private Internet Access ($2.03/month) don’t have these problems. They have lots of IP addresses, so you won’t end up sharing with other customers, and on the off chance an IP address provided by ExpressVPN ($6.67/month) or Private Internet Access ($2.03/month) gets identified and blocked by Netflix, these VPNs will close that IP address and open a new one so you can watch The Office on Netflix anywhere in the world reliably.

The best VPNs to watch The Office on Netflix