VPNs offer a great way to bypass geo-blocked content and let you browse an internet without borders. Here we round-up the best VPNs of 2020.

Most of the Western world’s internet is relatively free and unrestricted. You can visit the vast majority of websites without fear of prosecution, and be served the same content as users in other countries – for no extra cost.

Unfortunately, your internet freedom does not travel with your passport (and laptop). Travel to South Korea for example, and you’re subject to South Korean internet laws meaning will only have access to restricted content.

When you sign up to a VPN you’ll usually download a piece of software that encrypts your data and sends it to a server location of your choice. See also: Best Mac Antivirus.

Best VPN: Things to look out for 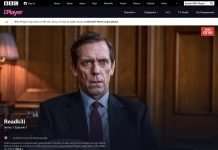 How does BBC iPlayer know I’m using a VPN?

How to watch BBC iPlayer in New Zealand (November 2020)

How to watch Hulu on Apple TV outside US (November 2020)