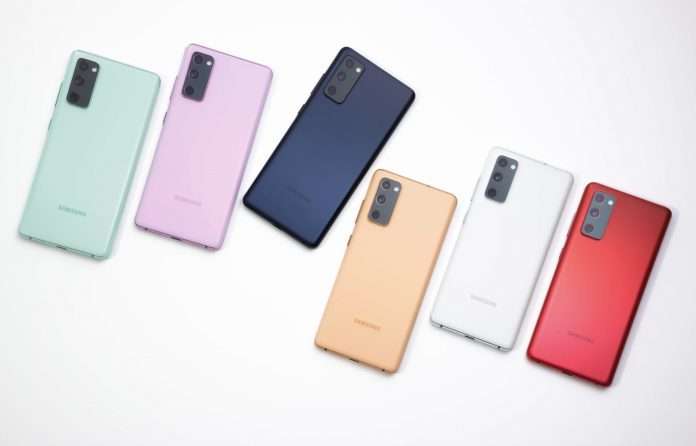 Samsung has gone crazy this year. Its already released four S20 smartphones. The NZ$899 Samsung Galaxy S20 FE is the fifth, and it’s the one you should probably buy.

Most people don’t need all the latest features the latest smartphones have. The 100x zoom on the (NZ$2,199) S20 Ultra, for example, is not a feature that there’s a real demand for (plus its garbage at that range). Which means customers often pay hundreds, even thousands, of dollars more than they need to. The Samsung Galaxy S20 FE, with its ample 30x zoom, is the solution to that problem.

The Galaxy S20 FE a phone with good-to-excellent specs in all the areas that customers care most about. Good battery performance, pin-sharp display with a 120Hz refresh rate, decent camera, IP68 rating – there’s a lot of good stuff here. And the price is appealing too.

And that’s what makes the FE special. I really, really like it. If it wasn’t my job to review smartphones, and I didn’t want an iPhone, this is the device that I would buy.

What does FE stand for?

I don’t love it. Just be original, Samsung.

Saving money with onboard storage

A quick look at the relationship between storage configurations and price shows how expensive it is for phone makers to equip devices with ample storage. The FE gets around this costly scaling economy by only offering the FE in one storage size: 128GB.

Which is pretty good. But heavy smartphone users who use their phones to save Spotify, or Netflix, content straight to the device might find 128GB a tad small. Samsung combats this by offering expandable storage via microSD – which, of course, is a little slower but an acceptable workaround.

This feels like a bit of a rip. Other markets get a Samsung Galaxy S20 FE that supports 5G. We don’t here in New Zealand.

The rationale is fair enough – we don’t really have a 5G network here. Yet. But this will change in the next two-three years. Which brings in the possibility of this phone going out of date, sooner than you’d might hope.

The saving grace is that this phone is a price point where you don’t need to make it last for the two-to-three years we have to wait until 5G in New Zealand is at a point where it’s functional.

All you really need to know is that it’s a 6.5-inch 1080p OLED display with a 120Hz refresh rate. Oh, and unlike lots of high-end Samsung S phones, this is not fully edge-to-edge display. There are no curved edges here.

Personally, I think the lack of curved edges is a good thing. I’ve never been a huge fan of them. They’re awkward to hold, and put a case on, and make using on-screen gestures tricky. It’s a better device without them.

Those of you who are familiar with your high-end smartphone specs might be wondering if a 1080p is enough these days. And it’s a fair question. The reality is that it’s hard to notice a difference. The FE screen might not “pop” like other S20 or rival flagship devices, but in everyday life, it’s hard to notice a difference. For me, the inclusion of 120Hz refresh rate and OLED hardware makes up for what you lose in pixel count.

In short, the display Samsung has equipped the FE with is pragmatic. It’s premium in the areas matter the most, and more than good enough in others – and, ultimately, its this balance that keeps the overall price of the handset down.

The camera setup is 👌

The S20 FE boasts a three (rear) camera configuration. The main shooter is a 12-megapixel with f/1.8 aperture; this is supported by another 12-megapixel wide-angle camera with f/2.2 aperture; and finally, there’s an 8-megapixel 3x telephoto camera, with f/2.4 aperture.

It’s a really impressive camera arsenal. The average user will love the quality of the images that this device takes. Lowlight, wide-angle, bright daylight, video stabilisation: this is a high-end camera set up – amazing value for an $899 device.

However, those who are more serious about smartphone photography should be aware that the FE falls guilty of Samsung’s usual smartphone habits. Overexposure and over-smoothing of faces. It’s fine. And the majority of people will like these features. But it’s definitely a thing.

Oh, and I’d advise you ignore the marketing guff around the 30x zoom. It’s a bit of sham. As I’ve said above, there’s 3x optical zoom (which is legitimate zoom). The rest is computer zoom and on-device image processing, which results in blur. The more you zoom (past 3x); the more blur.

The 32-megapixel punch-hole selfie camera is another win for most customers. The images this camera is able to take is pretty impressive (for a selfie camera). At a time when video calling is in demand more than ever, this is a win for the FE. Samsung’s insistence of over-smoothing faces is a welcome feature here.

It’s hard to get excited about the design of a smartphone. A lot of the time, it’s just an oblong with either an aluminium, glass or plastic rear.

This, we’re told, has a “glasstic” rear, which is Samsung’s name for its plastic material that’s manufactured to look and feel more like glass.

And, whatever, it’s fine.

It feels nice, and it looks okay. It’s not something I think you should care about, or base any of your buying decisions on, though. Especially if you’re likely to put your phone in a case.

The important thing to take away from this whole “glasstic” thing is that Samsung can make phones for less money than it can proper glass or aluminium.

And that’s what the FE is all about: finding the features that people don’t really care about and then choosing the cheaper-but-still-good-enough option.

The other design choices are all solid and more-or-less in-line with the rest of the S20 range. It’s a good looking phone. Don’t worry.

Fast processor and a BIG battery

This is where the FE really excels.

The NZ S20 FE has Exynos 990 CPU processor (the international edition has a Snapdragon 865 processor). It’s a good deal for a device with a mid-range price point. Alongside the chip is 6GB of RAM and 128GB of storage, plus a microSD card slot. Which means it flies!

It’s an impressively zippy phone for everyday tasks and app use – nothing to worry about here. But it’s more than this. Combine this powerful processor with the 120Hz screen, and suddenly, it’s a good option for anyone who likes to game on their smartphone. This device has more than enough oomph to handle intensive games such as Call of Duty Mobile and PubG.

The big 4,500mAh battery is a blessing too. Especially when combined with the down-specced 1080p screen. This combo means there’s easily enough juice here to last a day’s normal use. But if a top-up is needed, 22W Fast Charging is on offer (included in the box) talking about an hour and a half to fully charge. 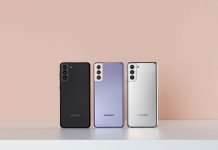 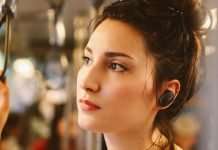