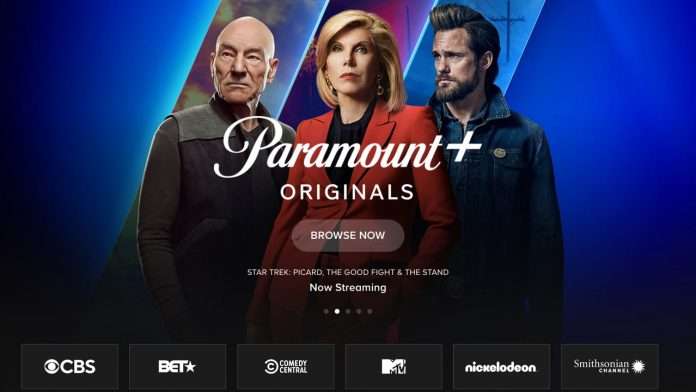 If you’re watching, or are trying to watch, Paramount+ with a VPN and it isn’t working, don’t panic. There’s a number of fixes you can try to resolve this issue.

The reason your VPN isn’t working is because Paramount+ has been able to block all of its IP addresses and your VPN probably doesn’t have measures in place to ensure it can get around Paramount+’s VPN blocking techniques.

Fortunately, there are a number of ways you can fix this. And you’ll be able to watch Paramount+ with a VPN again in no time.

To fix Paramount+ not working with your VPN, try these fixes.

Perform them in order and check if it fixes this issue. If not, move onto the next step until the problem has been resolved.

Why has my VPN stopped working with Paramount+?

Your VPN has stopped working because it has failed to get past Paramount+’s VPN blocking methods. All of its IP addresses have been identified and blacklisted by Paramount.

Paramount+, just like other streaming services, tries to block VPNs from connecting to its service. It does this to protect itself from potential copyright and licensing issues.

To prevent this from happening, Paramount tries to block all VPNs from accessing its service. And with your VPN, it has been successful in doing so.

How does Paramount+ block VPNs?

All VPNs have more IP addresses than customers. This is the only way they can work as a business.

The problem with this model is it means customers are forced to share IP addresses. Paramount knows this and monitors for an abnormal number of connections coming from the same IP address.

For lesser VPNs, this can be hard to get around. Generally, lesser VPNs don’t have as many IP addresses as the best VPNs like ExpressVPN ($6.67/month) or Private Internet Access ($2.03/month). This means there’s more of a chance you’ll be sharing an IP with hundreds of other customers.

You can wait for your VPN to get more IPs; however this is expensive and can take some time, meaning you won’t be able to watch Paramount+ outside of the US for who knows how long.

To fix the issue quickly, you need to use a better VPN to get around Paramount+ VPN blocking techniques.

Why is Paramount+ saying I’m using a VPN?

Paramount+ is saying you’re using a VPN because it has managed to identify the IP address your VPN has given you as one provided by VPN software.

Even if you’re using a VPN for legitimate reasons, like online safety, Paramount+ will still stop you from connecting to its service via a VPN.

If you want to get around this, you need to use a VPN that won’t get identified by Paramount+. You need a VPN with lots of IP addresses and measures in place to stay one step ahead of Paramount+ and its VPN blocking techniques.

Do VPNs still work with Paramount+?

This isn’t a resolution to the problem, though. Even if your VPN purchases more IP addresses, inevitably, they will be blocked again because your VPN doesn’t have measures to stay one step ahead of Paramount’s blocks in the first place.

The VPNs that work best with Paramount+ are the ones that stay one step ahead of its blocks. ExpressVPN ($6.67/month) or Private Internet Access ($2.03/month) are the best at this. When Paramount+ blocks an IP address, these VPNs will close it and open a new one. It sounds simple, but it works.

This simple measure means you can avoid running into your VPN not working with Paramount+ problems in the future.

The best VPNs to watch Paramount+ outside the US