ReviewsFire
Home VPN How to watch YouTube in Russia: The EASIEST and CHEAPEST way! (January... 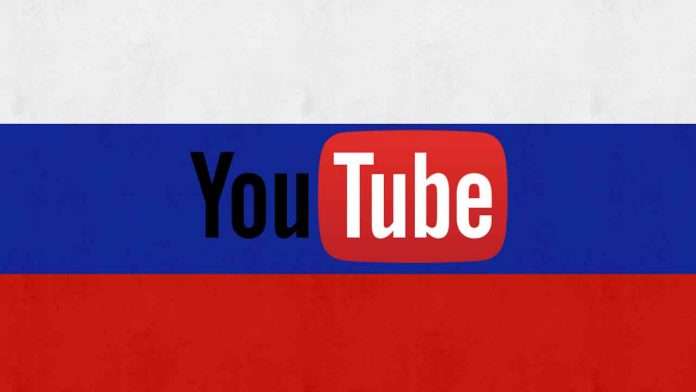 As the Russian government tightens it’s control over the internet many media outlets and services like YouTube are potentially going to be censored with some of them now being outright banned in the country.

In order to prepare for this, there’s a way you can use the internet, without worrying about government interference, censorship or control. You need a VPN.

A VPN will allow the Russian people to access a free internet, so they can get all of the information available, not just what the government wants you to see.

In this article I’ll explain how to watch YouTube in Russia with a VPN.

How to watch Match TV outside Russia: It ONLY takes 2-minutes! (January 2023)

To watch YouTube in Russia you need a reliable VPN. Follow these steps below to get one.

Currently, YouTube is available in Russia however, it’s looking very likely that the streaming service is going to be heavily censored or even blocked by the Russian government in the near future.

This isn’t a good thing because it means the Russian people will only be getting one side of the story. Russians won’t be able to watch anything they want, whenever they want.

The good news is even if YouTube gets banned by Russian authorities, there’s an easy way to access the streaming platform in Russia. All you need is a VPN. We recommend Private Internet Access ($2.03/month) because it’s cheap and it works well.

While nothing is guaranteed, it is highly likely that the Russian government will block or at least censor YouTube at some point.

If we look into the past, Russia has tried or threatened to do this numerous times already.

In 2010, courts in Komsomolsk-on-Amur tried to block YouTube, and more recently in 2021, Roskomnadzor (The Federal Service for Supervision of Communications, Information Technology and Mass Media) threatened to block YouTube in Russia.

How does the Russian government block my internet access?

The way the Russian authorities block your internet connection is all to do with your IP address.

An IP address is a piece of information used to form a communication bridge between your device and the website or app you’re connecting to.

The problem with this is that in order to create this bridge, your IP address needs to contain information about your physical location.

If you’re in Russia, you’ll have a Russian IP address. The Russian authorities will be able to see this and you won’t your internet connection will be blocked.

How can I get around the Russian social media blocks?

To get around these blocks you need to change your IP address. The easiest and best way to do this is using a VPN.

A VPN allows you to fool the Russian authorities by spoofing the location of your IP address.

It does this by rerouting and encrypting your online information into an unreadable code that the Russian government cannot track.

Once your information is encrypted it is sent to a server outside of Russia to make it look like you aren’t connecting to the internet from within Russian borders.

This will give you access to the internet and will bypass Russia’s online censorship.

The best VPN to use is Private Internet Access ($2.03/month) because it is affordable and reliable.

If Private Internet Access ($2.03/month) is too expensive for you there are a number of free VPNs out there like ProtonVPN, PrivadoVPN and Tunnelbear.

We advise you to try these free VPNs however some of them have data caps that have a time limit on how much you can use them, also not all of them will work reliably in Russia because they don’t have good measures against Russia’s VPN blocks.

If you want reliable access to the internet in Russia for an affordable price, we recommend Private Internet Access ($2.03/month).