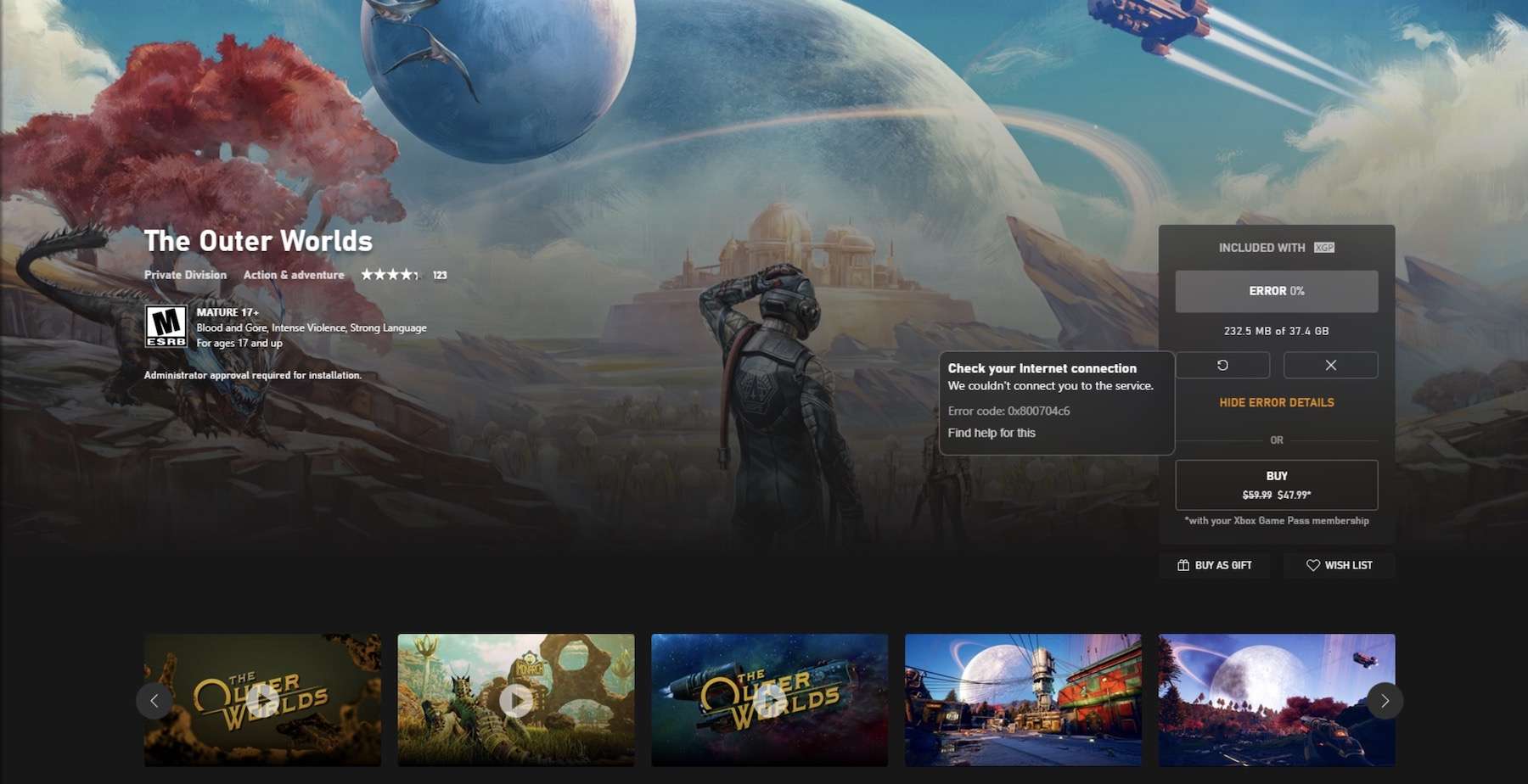 If you’ve been having trouble downloading new games via the Windows Store and/or through the Xbox (Beta) app – with PC Game Pass – and you still see the error 0x800704C6 “can’t connect to service”.

Connect via a VPN.

I spent the best part of two days trying to fix the problem. Following all of Microsoft’s recommendations – Turn off Windows Firewall; Troubleshoot Windows Update and Windows Store; Perform a Clean Boot; Clear Cache of the Windows 10 Store app; wsreset.exe

uninstalling; and re-installing the Xbox Beta app – to the letter. Several times.

Then I found (on Reddit) that tons of other people had shared the same experience I had with the PC Game Pass error 0x800704C6.

Their fix? Try a VPN.

Fortunately, I already subscribe to two VPNs – ExpressVPN and Ivacy – to watch BBC iPlayer from NZ and US Netflix on my Apple TV – so testing the theory was quick and easy.

And it worked. I connected to a server in Sydney, Australia. And Boom. I was able to download full games and updates via my PC Game Pass again.

With that in mind, I can recommend using Ivacy ($1.99/month). It’s as cheap as any high-end VPN on the market and gives you unlimited bandwidth. Better still, you can use Ivacy to watch US Netflix, BBC iPlayer from anywhere in the world.

If you don’t mind spending a bit more money, ExpressVPN ($6.99/month) is the absolute best VPN on the market. Its speeds always top the Best VPN charts, and more importantly, its servers always provide working connections with the services that you need to use a VPN for (Netflix, BBC iPlayer, Hulu, Microsoft Store, etc.)

Click here to get ExpressVPN ($6.66/month) – with 30-day moneyback guarantee.

If you want to fix the Xbox PC Game Pass error 0x800704C6, then I suggest avoiding free VPNs. Why? Data caps.

Free VPNs limit the amount of data you can download via them 500MB-5GB. Which is nowhere near enough to download a new game or update via your PC Game Pass. Free VPNs also limit your transfer speeds, meaning a download that should only take a few minutes with a fast Fibre connection, will take hours.