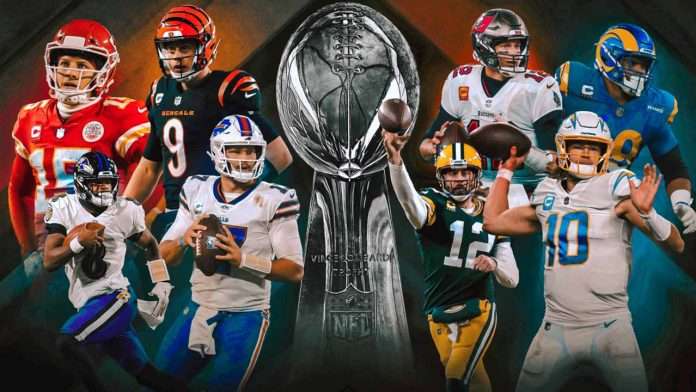 If you’re an NFL+ subscriber, you’ve probably noticed the streaming service doesn’t cover every NFL game. Sure, you have access to replays and live audio streams, but most NFL games aren’t available to watch live.

Fortunately, there’s a simple way to stream every NFL game live with one subscription. All you need is NFL Game Pass International.

This is the streaming service the NFL provides to other countries worldwide. It’s not available in the US; however, if you use a reliable VPN, you can access the international app and bypass the NFL+ blackout restrictions. And to add to that, NFL Game Pass International costs the same as NFL+. It’s a much better option.

This article will explain how to bypass the NFL+ blackout restrictions using a VPN.

To stream every NFL game, you need to gain access to NFL Game Pass International. If you’re in the US, you won’t be able to access the international version of the NFL’s streaming app. You’ll always be redirected to NFL+.

To get around this, you need to make it look like you’re connecting to the app from outside the US. Although this sounds complicated, it’s very easy. All you need to do is follow these simple steps:

How can I create an NFL Game Pass International account in the US?

To create an NFL Game Pass International account in the US, you must do a few things.

First, you need a Paypal account. This is so you can subscribe to the app. Unfortunately, US-based credit cards won’t work.

Second, you need to make it look like you’re connecting to NFL Game Pass from outside the US, as this will give you access to the international version of the app. To do that you need a VPN. We recommend ExpressVPN ($6.67/month).

Once you’ve downloaded ExpressVPN ($6.67/month) you need to connect to a Bolivian server. We recommend a Bolivian server because NFL Game Pass International is the same price as NFL+ there and Bolivia is close to the US, meaning you won’t come across any latency or slowdowns while streaming. Also, Bolivia allows you to subscribe to the streaming service using a Paypal account. Other countries do not.

And finally, you’ll need a Bolivian postcode. This part is easy. Simply use this website and input the information where required.

You’ll now have an NFL Game Pass International account, and you’ll be able to watch every NFL game live in the US. Be warned that if you already have an NFL+ subscription, it doesn’t include the international version of the app; you’ll have to subscribe to both.

Why do I need a VPN to create an NFL Game Pass account?

You need a VPN to create an NFL Game Pass account because Game Pass isn’t available in the US. It’s only available overseas.

In the US, the NFL’s streaming app is NFL+. Everywhere else, it’s Game Pass. If you visit Game Pass in the US, you’ll be redirected to NFL+, where you’ll only have access to certain games. NFL Game Pass gives you access to all the fun, LIVE!

A VPN allows you to spoof the location of your device. ExpressVPN ($6.67/month) will enable you to trick the NFL into thinking you’re accessing it from outside the US. All you need to do is connect to a Bolivian server, and you’ll be able to access NFL Game Pass International.

VPNs are Virtual Private Networks. When you use a VPN, your online data is encrypted into an unreadable code. This data is then rerouted through one of the VPN servers (which you can choose), where it is decrypted and sent to a local ISP (internet service provider).

An IP address is a bit of code used by your device to communicate with the services you’re visiting. If you’re visiting NFL+, your IP is sent to the app’s servers, so it knows where it’s supposed to send the data back.

The VPN process explained above allows you to change your IP address to one based in a country of your choosing.

ExpressVPN ($6.67/month) allows you to select a country, and within seconds you’ll be given an IP address in that country. This means if you visit NFL+ it will think you’re outside the US, and you’ll have access to NFL Game Pass International.

There are a lot of VPNs out there, and most of them won’t work with NFL Game Pass International.

They won’t work for several reasons. First, most VPNs don’t have Bolivian servers for you to connect to.

Second, most VPNs aren’t fast or secure enough to ensure you can watch NFL Game Pass reliably. This is because the NFL constantly tries to block VPNs from accessing its platform.

Because VPNs can potentially allow you to access NFL Game Pass in locations where it doesn’t have the rights to broadcast NFL games, the NFL constantly tries to block VPN connections. The NFL blocks VPNs using three main techniques:

These blocks can be complex for lesser VPNs to get around.

The VPNs that work with NFL Game Pass are the ones that have measures in place to get around the NFL’s VPN blocking techniques and that have servers available in Bolivia.

ExpressVPN ($6.67/month) has fast Bolivian servers, and most importantly, if an IP address it provides gets blocked by the NFL, it will close that IP address and open a new unblocked one. This simple measure will allow you to watch NFL games live anywhere in the world reliably.