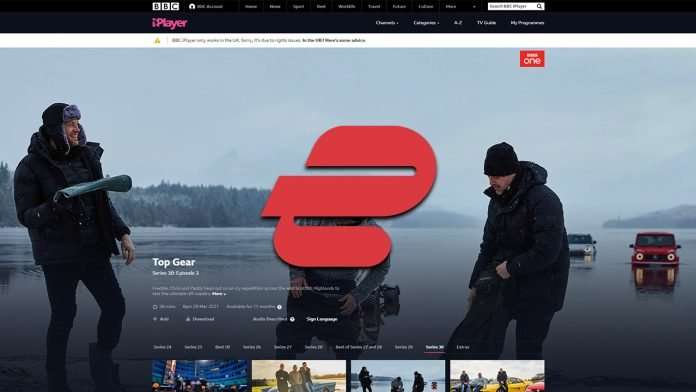 In this article, I will explain how to fix ExpressVPN not working with BBC iPlayer.

If you’re watching BBC iPlayer with ExpressVPN and suddenly it has stopped working, the BBC has been able to identify and block all of the IP addresses ExpressVPN can provide.

This is obviously frustrating as what was once working now doesn’t work. However, there is an easy way to fix this issue.

To fix ExpressVPN not working with BBC iPlayer, follow the simple steps below. And to find out how you can prevent this issue from arising again, read the entire article, where I’ll go into more detail.

There are a few simple steps you can take to try and resolve this issue. If one step doesn’t work, move onto the next one and see if that fixes ExpressVPN not working with BBC iPlayer:

How does the BBC block ExpressVPN?

Even though you may have been reliably using BBC iPlayer with ExpressVPN, the BBC has been trying to block VPNs from connecting to its service for a long time.

Much like other streaming services, like Britbox, Sky Go and Amazon Prime, the BBC uses specific VPN blocking techniques to prevent VPNs from connecting to its service.

Yes, BBC iPlayer still works with VPNs. However, you need a VPN that is still compatible with BBC iPlayer. We recommend Private Internet Access ($2.03/month) because this VPN works well with BBC iPlayer. It has plenty of UK IP addresses, fast UK servers, and most importantly, it is very good at getting around the BBC’s VPN blocking techniques.

When the BBC blocks an IP address provided by Private Internet Access ($2.03/month), this VPN will close that IP address and open a new one. This cat and mouse game ensures that Private Internet Access ($2.03/month) stays one step ahead of the BBC’s blocks. This not only allows you to watch BBC iPlayer anywhere in the world reliably, but it also prevents the same issues occurring as you have found with ExpressVPN.

Below is a list of VPNs that all work well with BBC iPlayer, and all play that cat and mouse game staying one step ahead of the BBC’s VPN blocking techniques.