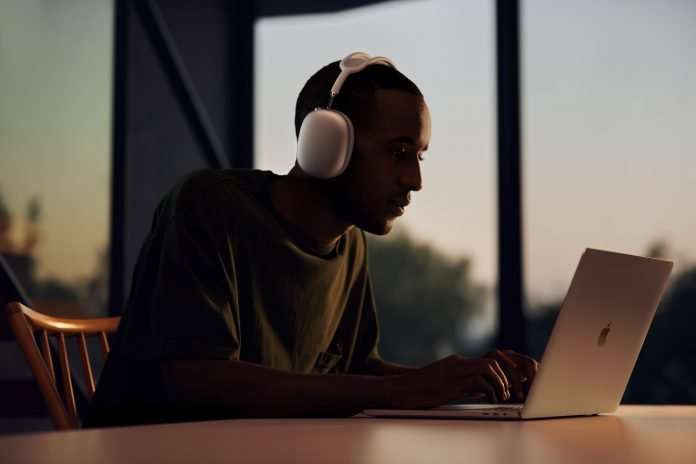 The AirPods Max headphones are fantastic. the sound, design, battery life, noise-cancellation, and several other Apple-y features make them the best pair of high-end over-ear headphones I’ve ever tried. Below, I go into a bit more detail about the specifics that make the AirPods Max so great in each of those categories. But first, we need to address what everyone is talking about regarding the AirPods Max. The price.

They’re expensive. Really expensive, in fact. NZ$999 is a lot of money for a pair of headphones, and people are rightly asking the question “are they worth it?” The problem is there’s no simple answer to that question.

Do they deliver the best sound you can buy from a high-end pair of noise-cancelling headphones? Yes. Do they deliver lossless audio? Not quite (more on this below). Do they do anything special? Yes, spatial audio, computational audio, the excellent H1 chip, 20-hours of battery, a stunning design. These are all features that set it apart.

Are they enough to justify the price? Well, Apple has already sold out its first batch of AirPods Max – the shipping time for these headphones has ballooned out to 12-14 weeks on the Apple Store – so capitalism suggests it’s priced correctly.

I’ve been testing the AirPods Max for a week and have to say this: they’re the best pair of headphones I’ve ever tested.

Ok, let’s start with the most important of all. The AirPods Max sound great.

Really great! They deliver just the right amount of bass, without being overpowering, while handling higher frequencies with ease. Everything that comes through these headphones is clear, crisp and deliberate. There’s no distortion here (at any volume!), and the wide soundstage is just as impressive.

They also do a great job at noise cancellation too, you only need the tiniest amount of sound playing (with ANC turned on) to block out the world around you.

In short, they deliver exactly the sort of impressive audio you’d expect (demand) from a NZ$999 pair of headphones. Listening to music, or watching a movie with these Max is just a very enjoyable, and oddly reassuring, experience with the AirPods Max.

The question a lot of people are asking me is whether they’re better than other high-end noise-cancelling headphones – specifically, the Bose Noise Cancelling Headphones 700 and Sony WH-1000MX4.

It’s a hard question to answer for me to answer because it’s been months since I’ve used either of these products, and they both sounded amazing when I used them a few months ago. So I can’t compare each device’s sound directly against each other. But I will say that I’ve seen a lot of opinions from sources that I respect and trust, that suggest the AirPods Pro has the edge over the Sony and Bose headphones regarding their audio balance.

The bottom line, though, is that there’s not much in it. Sony, Bose and now Apple all sell headphones that sound great. But it’s important to understand that none of these are trying to be flat, studio headphones.

The AirPods Max alter the sound that these headphones produce in a couple of ways.

They’re Bluetooth headphones that only currently support the AAC codec – which is lower than CD quality. There’s no high-end codec such as Sony LDAC or aptX HD support here.

Apple’s excellent “computational audio” feature has an effect on sound too (I’d argue a positive one). There are H1 chips inside both ear cups that continuously measure the audio that you’re hearing and adjusts audio output, and noise-cancelling anti-noise, to compensate for the fit and seal of the headphones (on your head specifically).

In audio terms, these aren’t good or bad things. But they are “things”. And things have an effect on sound, which is why audiophiles care.

Personally, I like what Apple is doing here. I enjoy good audio – everyone does – but I don’t crave perfect and lossless audio enough to sacrifice the benefits these AirPods Max bring.

I like not being tethered to a device via a wired aux cord, or having to add an amp to listen to great audio too. I also really like just being able to put on a pair of headphones and have the headphones workout what needs to be done to automatically connect to my device (thank you H1 chip) and create the best sound (thank you computational audio). I also like noise-cancellation, regardless of the fact is adds “anti-noise” to my eardrums.

The final sound feature I want to talk about is Spatial Audio. This is a feature we first saw in the in-ear AirPods Pro, but here it’s taken to the “Max”. It delivers an immersive sound that keeps the audio feel like it’s in front of you, regardless of how you move your headphone. It achieves this by using the data from your iPhone or iPad’s position-awareness sensors in the U1 chip – which, unfortunately, means there is no support for the current Apple TV models.

The biggest design feature you’ll notice is the anodised aluminium cups. As I said before, there’s no plastic here. The aluminium caps use a ball-and-socket-style joint (picture your hip or shoulder joint) that attaches to weighted telescoping arms. The combination allows the cups to rotate independently and balance pressure on your head.

The headband, which Apple has renamed to “canopy” is a made from “a breathable knitted mesh” material, and has been designed to distribute weight evenly, to reduce on-head pressure – an important design decision, as these headphones are heavy (384 grams!)

Apple has used a custom-designed mesh textile to cover the Max’s “acoustically engineered memory foam”. This, we’re told, allows the product to “create an immersive seal that is the foundation of incredible sound” and provide what it describes as “pillow-like softness while listening”. Ear Cushions are also replaceable, costing NZ$119 a pair.

All of the above is a complicated way of saying they’re well designed, really comfortable, and can be worn for hours without hurting. I particularly like the breathable material of the Ear Cushions and the mesh canopy; this is a feature that will make wearing bulky headphones a lot more comfortable, especially during summer.

The user interface is an area that Apple has completely nailed. You have just two input controls. First, the noise control button allows you to switch from Active Noise Cancellation mode to Transparency mode.

More significant is the addition of an enlarged version of the Apple Watch’s Digital Crown which lets you control volume, skip between tracks, answer phone calls and activate Siri. It’s a great feature and unlocks a level of control where over-ear headphones have traditionally struggled.

The AirPods Max boast a 20-hour battery life. Which puts them on a par with the Bose Noise Cancelling Headphones 700, but still a long way off the 30-hours the Sony WH-1000MX4 provide.

In reality, 20-hours is plenty, though. And fast charging is available too, providing 1.5 hours of listening time from just a 5-minute charge. So don’t worry about it.

I’ve been using these headphones all week, and I haven’t even charged them once – I’ve just been using the charge they came with out of the box.

The case is weird

I’m not sure what the deal is with the case. It’s definitely different. And its design creates a clear point of difference from the rest of the market. Which is very Apple. But it’s no good from a functional perspective. For example, if you’re the sort of person who throws your headphones in a bag, or hand luggage, when they’re not on your head, this case doesn’t offer much protection at all.

It also looks a bit crazy. A lot of people have already made the comparison to a lady’s purse or bra. And it’s hard to see past that now.

I suspect that Apple shipped these headphones with a minimalist case in an attempt to keep the price down. Which is an odd sentence to type for a pair of NZ$999 headphones. But avoiding adding another NZ$50, $100, or $150 to the already large price tag, might have been a pragmatic business decision.

Plus, there will be scores of third-parties already working on making alternative cases for this. And Apple will probably sell them via the Apple Store too. And if you’re the sort of person who can afford a NZ$999 pair of headphones, you can probably justify spending another $100 or so on a studier case. If, you know, you want to.

Ugh. There probably is some logic to how Apple names its products, but I’m not au fait with it yet. For a long time, Apple’s first over-ear headphones were rumoured to be called the AirPods Studio. Which, obviously, these ain’t.

Instead, these headphones have been given the classic Apple modifier, “Max”. Which, I previously thought, meant the best of the best of what Apple can currently produce in a product.

Confusingly, there is no “Pro” modifier here. Meaning Apple currently sells AirPods Pro, which doesn’t sound anywhere near as good as these AirPods Max. My personal theory is that the AirPods Pro Max, or AirPods Studio, name is being reserved for a product that is even better than these AirPods Max.

Anyway, as confusing as the name is. It’s nowhere near as confusing as its high-end headphone rivals. What Sony is doing with its Sony WH-1000MX4 headphones, I have no idea. And Bose Noise Cancelling Headphones 700 is just as fugly.

Apple has been threatening to launch a pair of over-ear headphones for a long time. It’s a company that has preached about its relationship with music for a long time, yet never delivered in the personal audio space.

The headphones that Apple used to ship with the iPhone, for example, were terrible. And the sound the original AirPods delivered wasn’t much of an improvement. Things improved last year with the launch of the excellent AirPods Pro. But, for whatever reason, high-end headphones was a category that Apple had been avoiding. Not any more.

Apple has a habit of entering markets late and then changing the game. And it has done it again with the AirPods Max. The sound is the best I’ve heard from a high-end (non-studio) pair of headphones, and the functionality is equally peerless. The design of the headphones is already iconic too, though the case could be a lot better.

Yes, they’re expensive. But high-end audio is already expensive. Apple justifies its price with industry-leading sound, and design, and seamless connectivity with the Apple ecosystem.

Clearly, the AirPods Max won’t be for everyone, but I think the features and functionality it offers will appeal to lots of people. 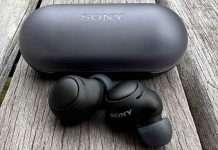 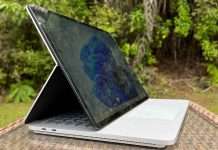 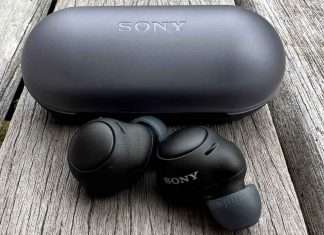 Everytime I review a pair of earbuds I look for a feature that makes them stand out from the competition.  It’s a competitive market with...

How to watch STIRR outside the US: It’s EASY and only...

How to bypass NFL Game Pass blackouts in the UK &...