Is a $399 smartphone good? That’s the question a lot of you are probably asking. The quick answer is “yes”. The longer answer (below) is still “yes”, but the main takeaway is this: the Xiaomi Redmi Note 9T is a lot better than you think. And it’s 5G. Continue reading to find out more.

That’s what’s important to remember here. NZ$399 for a smartphone is ridiculously cheap. The iPhone 12, for example, cost NZ$1,499 at launch. Even affordable phones like the Samsung Galaxy S20 FE debuted with an RRP of NZ$899. This is so much cheaper. And it still gets the job done.

5G is another big talking point with the Xiaomi Redmi Note 9T. But it’s not one I fully understand. The benefits 5G brings to smartphones is speed: you can download very large file sizes in much smaller amounts of time.

It’s a great feature to have, but I’m not convinced the sort of person who is happy to settle for the Xiaomi Redmi Note 9T with its lower-end specs is the same sort of person who needs 5G speeds. But hey, I could be wrong. It’s still a great feature to have on a NZ$399 smartphone; just don’t be blinded by the sales pitch because you probably don’t need it.

From a design point of view, it’s fine. I’m not mad about the “Daybreak Purple” colour of my review sample, but that’s personal preference – I’m sure some people will love that. Those who share my views of the purple colour have the option of a Nightfall Black finish instead.

The rear cover feels a bit cheap and nasty too. But that’s a big deal, as it comes with a transparent protective case that makes the finish redundant.

One thing to note is the large amounts of bezel on display on the top and bottom of the screen. But I find it hard to be critical of this as it’s a sub $400 smartphone. An edge-to-edge screen was never going to happen at this price point.

More importantly, it’s 161.2 x 77.3 x 9.1mm dimensions, and 199g weight feels comfortable in your hands. The placement of the power button/fingerprint sensor is natural, too. Which is an important design factor as there is no face recognition here.

Overall, the look and feel of the Xiaomi Redmi Note 9T is a lot better than it has any right to be. You’re not going to be ashamed to pull this out of your pocket and use it in public, as it looks just like a high-end smartphone from a couple of years ago.

The pictures I took in well-lit scenarios came out looking pretty sharp. However, the colours were a little dull and cold-feeling. The phone also lacks the ability to capture the detail of lighter and darker objects: check out the white curls on my pet Labradoodle – in the gallery below – and not how parts of his coat appear a bit white-washed.

It’s a little guilty of over-processing images, which results in certain parts of a photo looking like its been through a Snapchat filter or Photoshop artist effect. My very scientific test of taking a selfie in the woods at the back of my house demonstrates this well. Take a look at how the skin on my cheeks and forehead looks washed out in comparison to the raw unforgiving detail the iPhone 12 captures. 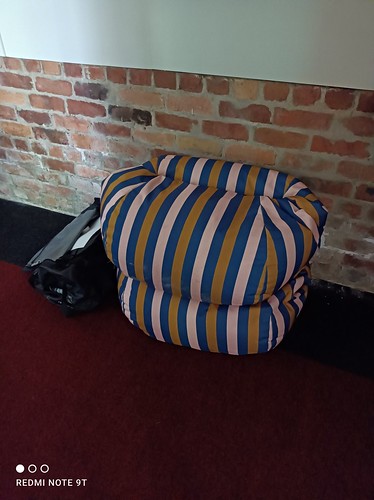 Video is more of the same, Incredibly, the Note 9T offers video capture up to 4K 30fps, and it isn’t a totally awful experience either. But it does suffer from the same shortcomings as its standard shooter – washed-out colours and a cold picture – but it’s still passable.

In short, photography on this NZ$399 phone is not a terrible experience. Just don’t expect the same sort of quality as you’d get on the latest iPhone 12 or Samsung Galaxy S21.

The quality of the LCD screen is passable, but nothing more. Bright colours look good, but it struggles to display different different shades of blacks, and bright whites have the tendency to bleed too.

The 450 nits of brightness is reflective of its price too. It’s very mid-to-low range, and not great to use broad daylight. for reference: The iPhone 12 has 600 nits and the brand new Oppo Find X3 Pro boasts 1300 nits.

This is where the phone really punches above its weight. Inside the Redmi 9T is a MediaTek Dimensity 800U chipset – this probably won’t mean much to most of you, both those who do recognise it will know that it’s a budget option. Don’t be fooled, though.

While its 64GB storage and 4GB RAM doesn’t break any records, it was able to handle graphics-intensive mobile games. I put it through its paces with heavy PubG sessions, and the 9T handled it well. This will be an important factor for anyone thinking about buying this phone for their teenager: it’s good enough to handle mobile gaming.

My one issue with its performance was that it felt a beat too slow when doing basic things like switching between apps or registering hits on the keyboard while typing. Excusable for a sub $400 smartphone, though.

The battery is average

Good news. Xiaomi hasn’t jumped on the iPhone trend of shipping the Redmi Note 9T without a charger. Inside the box is an 18W charging plug and detachable USB-C cable. Charging the device is a pretty unspectacular affair: a 10-min charge will take you from 0 to 10 per cent, with a full charge taking about 90 mins.

I found the 5,000mAh onboard battery was just enough to last a day’s use. I’m a heavy smartphone user, though. Constantly on Twitter, taking photos, video calling my family back in the UK and playing the odd game here and there.

Anything that lasts from morning until night in my hands is doing something right. Just be aware that it’s budget specs elsewhere don’t create an environment for amazing battery performance.

The past few years have witnessed the price of high-end smartphones spiralling out of control. A new Samsung Galaxy S21 Ultra, for example, will cost you $2,199. Which is about five times more expensive than this Xiaomi Redmi Note 9T. But it’s five times as good.

With the Xiaomi Redmi Note 9T, you’re getting a phone that can do everything. It handles gaming, social media, photography, videography, has 128GB of flash storage and all-day battery life. Each component is just a step or two down from today’s high-end smartphones like the Samsung Galaxy S21 or the iPhone 12.

5G is on offer too, which is mad for a NZ$399 smartphone. Whether you need it or not, on a budget device like this is another bigger debate.

What isn’t up for debate is the excellent value for money the Xiaomi Redmi Note 9T represents. It’s the perfect device for teenagers or perhaps older users who don’t need (or want) to pay for the latest and greatest features modern smartphones offer.

For NZ$399, this is a functional smartphone that will handle everything you throw at it. Including 5G.