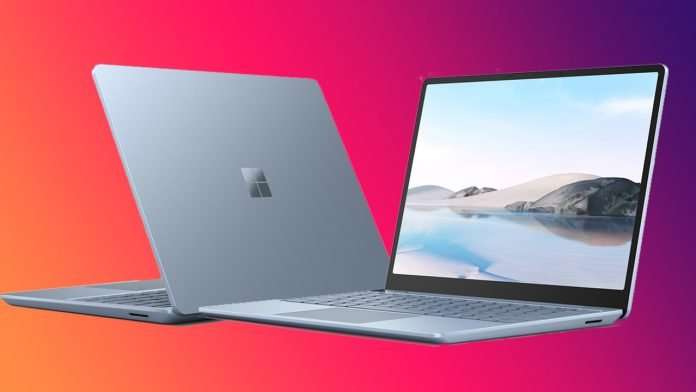 With the Surface Laptop Go, Microsoft isn’t trying to introduce a top of the range, powerhouse laptop. The Surface Go is targeted towards students and business-people, and it does a good job of appealing to these types.

It’s cheaper than its competitors too. It has a sleek, comfortable design with a fantastic keyboard; however, compared to the market leader, the M1 MacBook Air, it severely lacks in performance and battery.

Because of this, the bar has been raised and what was accepted performance for an ultraportable laptop a few months ago, is now bad performance, and Microsoft’s Surface Laptop Go falls into this category.

Not everyone wants a Mac laptop, though, and Microsoft’s Surface Laptop Go is an affordable option for those people. However, it is hard to look past the M1 Macbook Air and its dominating performance in the ultraportable laptop market.

The best option for this laptop is the mid-tier model with the 128GB SSD. The extra 4GB of RAM it has on the entry-level model will provide noticeable boosts in performance and speed and the only difference between the mid-tier model and the max configuration is 128GB of SSD memory. The extra NZ$400 (US$200) for 128GB of storage is expensive and a rip-off when an external SSD with the same amount of memory costs around NZ$60 (US$45).

The ultraportable laptop market is challenging to stand out in, and the mid-tier Surface Laptop Go has several competitors. The most obvious one being the late 2020 MacBook Air with the M1 chip, costing NZ$1,749 (US$899; £999) for a 256GB model with 8GB of unified memory.

The Surface Laptop go is small and concise while being easy to use. The keyboard is spread out nicely, making typing a breeze. The trackpad is accurate, responsive and surprisingly large for a laptop this small. The design is well balanced, sleek, and everything feels comfortable. It doesn’t feel cramped like some ultraportable laptops can, making it well adjusted for long term use.

Although small, the 12.4 inches, 1536 x 1024 display feels large with its 3:2 ratio, and the touchscreen capabilities are accurate and smooth. Strangely the display isn’t full HD which is a missed opportunity. Its 1536×1024 resolution provides 148ppi. Laptops like the Dell XPS 13 provide a much better resolution at 3840×2160, which is significantly better. This does reflect itself in the price for these two laptops; however, the similarly priced Lenovo Ideapad 3l has a 1920×1080 screen and the differences are noticeable.

Microsoft is targeting students and business people with the Surface Laptop Go. It’s effortless to carry around and store, ideal for someone who is always on the move. The fear of damaging the laptop is minuscule because of its sturdy design. Its plastic bottom paired with the aluminium keyboard deck and display case, not only provides a premium look and feel, but it also provides a build quality that allows for rigorous use.

It is hard to open, though. It requires long nails to squeeze between the frame and pry away when folded. For some, this will not be a problem, but for others who don’t have long fingernails, like me, this can become a nuisance. It may sound petty, but when you are opening your laptop several times a day, it shouldn’t be a struggle.

The Surface Laptop Go comes in three colours, Ice Blue, Sandstone and Platinum. All three finishes look nice and add to the premium look that Microsoft is going for. There isn’t a backlit keyboard which may be an issue for those who like to work in dim lighting; however, this is a minor issue, and it saves on battery.

The speakers are very good with this desktop. Located underneath the keyboard, they provide a clear sound. It isn’t going to replace your portable speaker anytime soon. But they’re more than capable of producing decent sound for watching Netflix, YouTube or listening to a podcast on the “Go”.

The Surface Laptop Go was never intended to be a powerhouse laptop for resource-demanding programs like video editing. This laptop is best when performing lighter tasks such as browsing the web, streaming video or basic Microsoft Office-y tasks. And in that regard, it performs well.

The mid-tier Surface Laptop Go with 8GB of RAM, an Intel Core i5 and a 128GB SSD isn’t going to be at the top of any benchmarking tests, and it isn’t. It has enough RAM to open a dozen or so tabs in Google Chrome while listening to Spotify comfortably, but if you were hoping to play video games or perform any demanding graphic processes, this laptop will not respond well.

Performance-wise, the Surface Laptop Go is therefore a long way off for a modern ultraportable laptop. And it could be a while before we see it get anywhere close to the M1 MacBook Air as Microsoft looks nowhere close to developing its own ARM-based SoC that can compete with the M1. However, if you aren’t able to find the extra NZ$500 it costs for the MacBook Air and you aren’t looking for a rugged laptop to perform heavier tasks, then the Surface Laptop Go will easily be able to meet your requirements.

According to Microsoft, the Surface Laptop Go has an average battery life of 11 hours on a single charge. In our tests, we found this to be true. This is impressive, at least it used to be until the M1 MacBook Air came out with a 16+ hour battery life. However, 11 hours is still a decent amount and will accommodate nearly all uses.

Microsoft’s Surface Laptop Go is a great laptop for students and business-people who need a laptop to perform minor tasks such as surfing the web, typing or streaming.

It’s cheaper than a lot of its competitors; it’s comfortable to use, easy to take on the go, and strong enough to stuff into a bag without much finesse. However, with the M1 Macbook Air’s introduction, the Surface Laptop Go’s performance no longer cuts it.

Apple has created an ultraportable laptop that is more powerful, has a better screen, a better battery, and can do everything the Surface Laptop Go can do for only NZ$500 more.

However, if you can’t afford that extra $500 or don’t want to use a Mac, then the Surface Laptop Go is a pretty good option for a lightweight, minimal laptop.