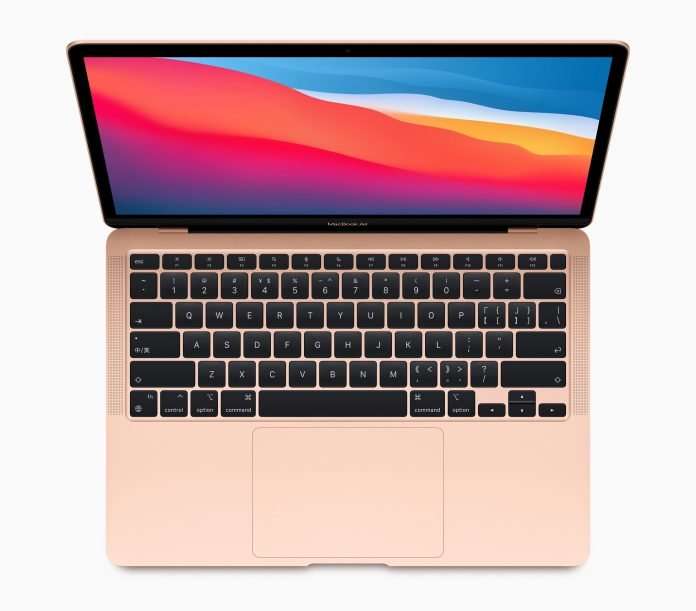 Let me start this review by making something clear. The new MacBook Air is an incredible laptop. This laptop is a lot, lot, more powerful than its predecessor, and its battery life is equally impressive. These gains, of course, can be directly attributed to Apple’s brand new Arm-based M1 chip (more on that later).

But before we go any further. It’s important to add a bit of context as to why the MacBook Air is so impressive.

Technology brands usually operate with 12- and 24-month update cycles. Every year, or two years, products are updated with incremental improvements. This usually means a slightly more powerful processor, or a marginally better display, or new keyboard technology. Or whatever. The upgrades are usually welcome, but a bit “meh” in the grand scheme of things.

What Apple has done with its M1 chips, this MacBook Air, and the new 13-inch MacBook Pro and Mac mini is something that only comes along every 10, 15, or maybe 20 years. Believe the hype.

What does M1 mean?

M1 is what Apple is calling its new Arm-based (which Apple, confusingly, also refers to a Silicon) chip. It’s significant because it’s the first time Apple has released a Mac without an Intel chip in 15 years.

The move brought two major challenges. The obvious challenge was: can Apple’s chips outperform Intels? And the quick answer to that question is an emphatic “yes”.

Another challenge Apple faced was how it was going to make the M1 chip backwards compatible with Mac apps and other software that has been designed to work with Intel chips. Apple’s answer to this is an extra layer of translation software called Rosetta 2.

When you first try to run an Intel-designed Mac app, your new MacBook will pop-up a window prompting you to install Rosetta 2 in order to run your Intel app. 5 seconds later, Rosetta 2 is installed and those five seconds are the only difference you’ll notice. It really is that slick. And there are no real perceivable performance issues running old Intel apps on the M1 Macs. A huge win for Apple!

It would be remiss to not talk about the similarities the Air shares with the MacBook Pro because these two laptops are now closer than ever.

Both devices share the same M1 chip. The only difference is the entry-level 256GB MacBook Air comes with a 7-Core GPU whereas the 256GB 13-inch MacBook Pro has an 8-Core GPUs.

The other major difference is the MacBook Air doesn’t have a fan. Usually, this would be a big deal. However, the M1 chip is so efficient that most users won’t need a fan, most of the time. The vast majority of the time, in fact.

Early tests, and reports from trusted sources, suggests you have to put the MacBook Air under serious stress for 10-30 minutes before its performance dips significantly (compared to the Pro). And the reality is that there are few “Pros” who will be doing this on a regular basis.

Other than the (lack of) fan, the Pro differs from the Air with: a slightly better (brighter) screen; a bigger battery (49.9-watt vs 58.2-watt); plus noticeably higher-quality mics and speakers.

The Pro has the Touch Bar too, of course. Which is a feature that I love. However, I know that there are lots of people who passionately dislike the Touch Bar and would love to see them replaced with boring Function Keys. Regardless, it’s lasted another year (at least) 🙌.

Conversely, Apple’s other operating system, iOS and iPadOS, is already Arm-based. Which means you can now run iOS and iPad apps on the MacBook. For the first time.

It sounds a lot more exciting than it actually is, though. App developers have to make their iOS and iPadOS apps available for the new M1 Macs. Facebook for iPad is the most well-known app I’ve discovered available here in New Zealand, which is a bit pointless because Facebook is already optimised for web browsers.

I was able to access the UK’s My5 and US’ HBO Max video streaming apps by switching my app store and turning on a VPN. This is where I discovered that you could not make iOS and iPadOS full screen on Mac. And that sucks.

This is the one area where Apple has missed its mark. The new 13-inch MacBook Air still has a 720p front-facing camera. And it’s the only part of the Air where Apple could do better.

I’ve been trying to think of reasons why Apple has equipped the MacBook Air with such a mid-range webcam.

The best I can come up with is this: a 1080p, or greater, camera would a bigger drain on the battery life. And during this period where users are “zooming” more than ever, Apple felt a 720p camera with the latest image signal processing (ISP) is a more pragmatic solution. One that does a job that’s good enough, while preserving the battery life at the same time. And given the advancements, Apple has made re machine learning, and its neural engine – the results it can produce from a 720p camera might be good enough.

I don’t really buy this, though. The cold truth of it is that the 720p camera is the MacBook Air’s one flaw.

The benchmarks scores of the M1 are insane. Its single-core Geekbench 5 score is 10 per cent higher than any other Mac – and that’s when running the benchmark through its translation software, Rosetta 2.

The native M1 single-core Geekbench 5 score is over 50 per cent higher than other Macs. The multi-core scores were equally impressive, with only the Mac Pro – you know, the huge Tower Mac – beating its scores.

The battery performance of Apple’s Intel MacBooks had been going nowhere for years. While its iPhone and iPad devices were making bold claims about battery improvements, the MacBook didn’t – despite housing a battery that was physically much bigger.

Clearly, battery performance was an area Apple was looking to nail with the M1. And it really has. You’ll get (at least) 50 per cent better battery performance from the Air. Which, in the real world, means you can expect to use the M1 13-inch MacBook Air for 16 hours on a single charge.

Let me leave you with this fact: Apple can engineer more performance per Watt than Intel.

The game has changed.

It’s all about the M1 here. The 13-inch MacBook Air was already a great, and popular, laptop – but now it’s a device that holds a ridiculous amount of power and battery life for (nearly) days. The price-point is excellent. Magic Keyboard is still a million times more reliable than the old Butterfly design. The display is bright and sharp. The only niggle is the 720p camera. And the rest of the (late 2020) 13-inch MacBook Air more than makes up for that.

If you’re thinking about buying this, or tempted to make the switch to Apple. Do it. You’re going to love this laptop. 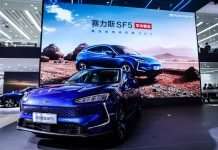 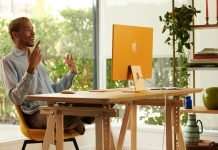