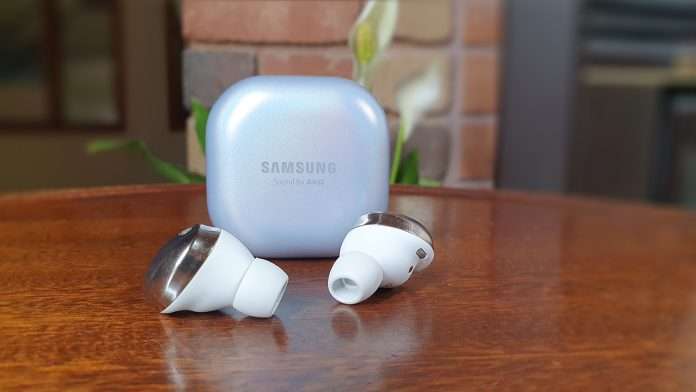 The Samsung Galaxy Buds Pro are easily Samsung’s best wireless earbuds. They are a significant upgrade on their predecessor the Galaxy Buds Live. However, unless you’re a Samsung Galaxy S21 user, there are better earbuds on the market – the Apple AirPods Pro and the Bose QuietComfort Earbuds, for example).

In order to get the best out of the Apple AirPods Pro, you need the latest Apple phone. Similarly, to get the best out of the Buds Pro, you need to have a Samsung Galaxy S21 device. And I would only recommend them if you have that phone. Marquee features like 360 Audio are only available on the Galaxy S21 device and compatibility with Samsung scalable codecs isn’t available for third-party devices. This means that the audio quality isn’t as good on a third-party device and it makes the Buds Pro challenging to recommend for those who don’t own a Samsung phone.

Although they provide significantly better performance than their predecessors, the Galaxy Buds Pro haven’t quite managed to better the best of what the industry already offers. The AirPods Pro, and Bose QuiteComfort EarBuds, for example, still have the edge on sound quality, comfort and touch input reliability.

The Samsung Galaxy Buds Pro are top of the range earbuds that come with a hefty price tag. They cost NZ$380 (US$199; £219) which is more expensive than the Galaxy Buds Live at, NZ$250 (US$169.99; £179). This is to be expected because the Galaxy Buds Pro provide much better performance than their Samsung predecessors.

The Buds Pro’s circular shape allows for a secure fit; however, they push so far into your ear canals that they become a nuisance, and after a while, they started to hurt. This is due to the small size of the earbuds – the length allows them to be pushed a lot deeper into the ear than other earbuds, which can become uncomfortable after a few hours.

The Buds Pro weighs 6.1g which is slightly heavier than the Apple AirPods Pro at 5.4g. The Buds Pro comes with three different size sets of removable silicone tips. Getting the right fit was a bit complicated as the ends don’t have their sizes labelled on them, so it’s a bit of a guessing game. They have only slight differences too.

The circular design works well in terms of functionality. The larger frame allows for a larger area for touch controls and putting the buds in is a breeze, once you have sized them to your preference.

They have a premium look. They are discrete and look good in the ears; however, the shiny mirror-like metal material on the outside does get covered in fingerprints. It provides a nice shine, but these print marks can make them look worn after a while and maintaining the premium shine will require regular cleaning.

The Buds Pro are available in three colours: phantom black, phantom violet and phantom silver. All of the colours maintain the discreet, classy look and aren’t overly flashy. The Buds Pro also meet IPX7 water resistance standards, so exercising with them will not be an issue.

The Samsung Buds Pro’s case maintains a small and discreet aesthetic. The case is significantly smaller than the AirPods Pro case, making it easy to carry around. There is an LED light on the front that indicates charging status, and there’s a USB-C port which allows for fast charging, a 10-minute charge will give you 85 minutes of playtime.

The small size does make the case difficult to open. You need to get your fingertips or nails under the lid to pry it ajar which may sound minor but does get annoying.

The standout feature of the Galaxy Buds Pro is Transparency Mode. This is where the Buds Pro truly shine. When turned on the Buds Pro take outside noise and intentionally play it into your ears. It’s an excellent feature for when you need to be aware of your surroundings or hear outside noise like flight announcements in an airport. It allows for three different levels of transparency that are controlled on the app.

The noise cancellation in these earbuds is okay, but it isn’t as the active noise cancellation of the Bose QuietComfort Earbuds. I like to test ANC by playing the drums in my garage and gauging how good a job they do at drowning out this intense noise. The Buds Pro did pretty well, they took away the bite from the snare and bass drums, however, it struggled with the higher-pitch frequency like the hi-hats. Overall it worked well but it was more noise reduction than noise cancellation.

The Buds Pro comes with intuitive technology that allows for changing between noise cancellation and transparency mode on the fly. They can automatically detect when the wearer is speaking. When this happens they will lower the volume, switch to transparency mode for ten seconds, and then change back to the noise cancellation mode. It works almost instantly and means you don’t have to use the touch controls to change mode continuously.

You can tap either bud once to pause music, twice to skip a song, three times to play the previous song and you can touch and hold to perform a customisable action that you can set up within the Galaxy Wearable App. The reliability here is a bit dodgy, though. I would often tap the Buds twice to skip a song, and the bud would only register one tap, pausing the track. It got very frustrating

The Buds Pro are compatible with the Galaxy Wearable App. You can customise what action a touch and hold of the buds perform. For example, you can make it change the mode from active noise cancellation to transparency, you can make it turn the volume up and down, and you can make it initiate Bixby. It’s an adequate level of customisation, and it works well. It is challenging to decide what to pick as I felt that both being able to adjust the volume and changing modes were equally important, and it would’ve been nice to be able to turn on both, not one or the other.

There is also an equaliser in the Wearable App, which is great for customising what sound you want the Buds Pro to produce. However, it is limited only to a selection of presets, you can’t manually change the frequencies you wish to.

There are also a couple of Samsung-only features, the hands-free Bixby voice assistant and a Find My Earbuds feature. The Bixby assistant works as it should although there isn’t support for Google Assistant and Siri, which is disappointing.

The Find My Earbuds feature is powered by SmartThings Find and it can show you a map of where your devices are even if they are offline or aren’t connected by Bluetooth. It’s a brilliant feature that adds that extra security level and helps prevent them from being stolen and even helps you find them if you misplaced them.

Great Samsung sound, only on a Samsung phone

For their price, the sound delivered by the Galaxy Buds Pro doesn’t quite match the high standards set by Apple and Bose with the AirPods Pro and the QuietComfort Earbuds. The bass is punchy and present without distorting other sounds, and you can easily hear the mid-tones, but it is a bit of a struggle to define the higher frequency sounds like hi-hats. This is due to the smaller soundstage that the Buds produce. It causes the music to sound flat, and it isn’t as vibrant as you might find with other earbuds.

The ability to EQ the sound is a handy addition, but it won’t fix the small soundstage. The highs will still struggle to get through on the mix no matter how you set the equaliser.

Like Apple’s spatial audio, Samsung has released 360 Audio that creates a surround sound effect by tracking the wearers head movements. This does assist with the small soundstage and widens it, making the audio sound more full. 360 Audio is only available when the Buds are connected to a Galaxy device running OneUI 3.1 software. At the moment, the only devices that have this software are the brand new Samsung Galaxy S21 range of phones. This is to be expected as technology is always improving. We saw this with Apple’s spatial audio only being available on iOS 13; however, it is a shame that one of the Buds Pros best features, isn’t available on even last year’s tech in the Galaxy Samsung S20.

The sound will also be worse if you aren’t using a Galaxy device as the Buds Pro will transmit the sound over lossy codecs like SBC or AAC, not Samsung’s scalable codec. Samsung cannot control what technology goes into other phones, so they aren’t really at fault here; however, there is a distinct difference in audio quality when comparing these codecs. For Samsung devices, the audio quality will be much better. This makes the Buds Pro challenging to recommend for those who don’t own Samsung devices.

Phone calls with the Buds Pro aren’t as good as the Apple AirPods Pro (and that’s already a pretty-low bar). This is due to their shape. The lack of a stem on the Buds Pro means that the microphones are further away from your mouth and although I could clearly hear the person on the other end, they said my voice sounded distant and faint.

The reality is, the smaller earbuds get, the harder it is to fit a battery that is going to last much longer than this. Unless you’re on a long-haul overseas journey, I can’t foresee many times in the day when the average person is going to be listening to their earbuds for more than 6 hours at a time. So this isn’t a significant issue.

The Galaxy Buds Pro support fast charging via the USB-C port on the case. They also support wireless charging; however, the wired charging is faster, providing an hour’s worth of playback with only five minutes of charge is impressive.

If you don’t own a Samsung Galaxy S21. The Galaxy Buds Pro are only okay. There isn’t anything here that stands out or makes me go “wow!” Transparency Mode is excellent, the sound quality is fine, but the active noise cancellation isn’t quite as good as other earbuds on the market, providing noise reduction than noise cancellation.

The touch controls are also fine, but can be temperamental and frustrating, and the Buds’ design makes for an uncomfortable fit after only a few hours of use.

The Buds Pro are better than their predecessors the Buds Live however when compared to other earbuds on the market, there’s nothing special here. And in a market as competitive as this, it’s hard to recommend these in-ear buds to anyone who doesn’t already own a Samsung Galaxy S21. 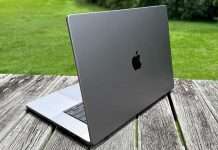