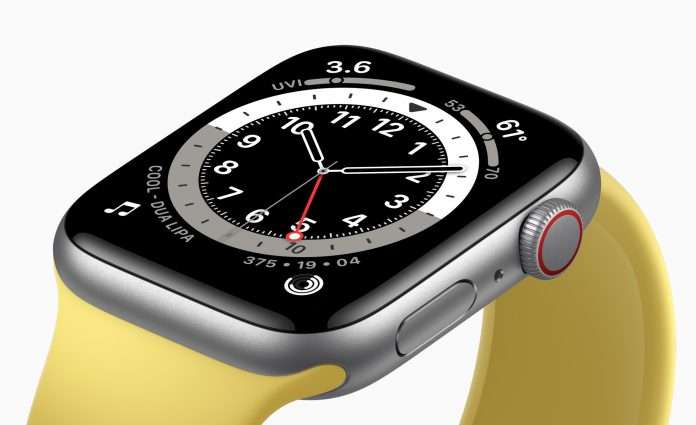 Those of you who follow Apple launches closely will remember that we first saw an “SE” device back in May 2016 with the first-gen iPhone SE launched. This was Apple’s offering to users who didn’t need all the features of the latest iPhone.

The SE – which stands for “special edition” according to Apple’s senior vice-president of marketing Phil Schiller – is Apple’s compromise device. To put it bluntly, the Apple Watch SE is a device for anyone who doesn’t want to spend $699 on Apple’s flagship device, the Series 6, which will likely go out of date (and maybe fashion too) in three-to-five years.

There are only three, or arguably four, features that are missing from the AWS6. The always-on display, and the ability to take an ECG or measure blood oxygen levels. The (arguable) fourth is better battery life and faster charging, which is kind of a big deal. But I’ll come to that later.

Everything else is the same. It’ll track your activity and workouts just like the Series 5 and 6. Fall Protection and Emergency SOS are still right there on your wrist, looking after you.

So, the question you need to ask yourself is pretty simple: Are these features worth paying an extra NZ$420?

Unless you’ve got a specific reason to want to monitor your blood oxygen levels regularly or take an ECG on the fly, I’m guessing most people can do without the (small) always-on display that AWS6 offers. I think Apple knows this too. Which is kind of the whole point of the Apple Watch SE.

I do miss that always-on display though…

As I said above, the fifth feature that the SE doesn’t have (compared to the Series 6) is its battery performance. The Apple Watch SE will still last 18-24 hours plus. Comfortably. And that’s pretty good. But the Series 6 will last longer.

The AWS6 battery performance is compounded by a new Fast Charging feature that lets you charge from 0-80% in an hour. The AWSE doesn’t have this. Which is niggly. Especially if you want to use your Apple Watch for sleep tracking – a new feature in the recently-released WatchOS 7 – as finding the right time to charge this sort of device is tricky.

I’ve covered this in more detail in my Apple Watch Series 6 review, but a major benefit the AWS6 battery unlocks is, er, more wrist time. Here’s the point I make about why battery matters, verbatim:

“I’ve been wearing the Apple Watch Series 6 for a week now, after wearing its predecessor for the best part of a year, and the most noticeable difference is the battery. A feature that’s benefit has been compounded by the addition of fast charging too.

Yes and no. Smartwatches biggest problem has always been the fact that you have to charge them. For most people, this means physically taking the watch off at night and charging it overnight. The problem here is that it costs the wearer approximately eight hours worth of data.

And that’s the whole point of smartwatches.

The most obvious feature that’s hurt by this enforced routine is sleep tracking. But its more than that. We spend a third of our lives asleep. Roughly. This means all of the Apple Watch’s other excellent health monitoring features (checking heart rate and heart rhythms, etc.) aren’t doing their job for 1/3 of the time.

All of this is a long way of explaining why I think the new fast charging feature (0-80% in an hour) and the improved battery performance are actually massive advancements for Apple Watch.

Now, it’s feasible to wear your Apple Watch Series 6 all day and all night, and charge it during your morning shower, breakfast and teeth routine. And then once again while you’re brushing your teeth before bed at night.

What else you need to know about the Apple Watch SE?

The SE is available in Apple’s new bigger watch size 40/44mm, compared to the 38/42mm of old. Lookswise, the SE is exactly same as the AWS6. The only difference is the finishes, with the SE limited to space grey, silver and gold.

I really like where Apple is going with its SE range. The iPhone SE, and now the Apple Watch SE, have quickly become the devices that I recommend most people should buy. That’s not to say the latest Apple Watch Series 6, or iPhone 11, is superfluous. Rather the value of the SE devices is impossible to ignore.

If you’re looking for an affordable, and up-to-date smartwatch to compliment your iPhone, the SE won’t disappoint. Likewise, if you want the very best smartwatch the industry has to offer, the Apple Watch Series 6 really is an impressive device.