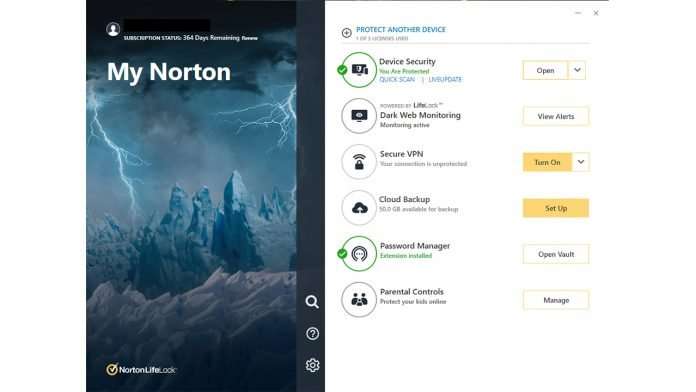 Norton 360 for Gamers is antivirus software that has been designed by gamers, for gamers.

It’s more expensive than other Norton packages, like Norton 360 deluxe, but it offers everything 360 Deluxe offers and has some gamer-specific features that make the extra investment worthwhile.

Just make sure you’re gaming on a PC because some of its most beneficial features are only compatible with PCs.

How much does Norton 360 for Gamers cost?

Norton 360 for Gamers is competitively priced when it comes to gamer specific antivirus software costing NZD$104.99 (USD$99.99; £79.99), for an annual subscription and installation on up to three devices.

360 for Gamers main competition is the McAfee Gamer Security software which costs NZD$79.95 (USD$59.99; £45.99) for an annual subscription and installation on only one device. This makes the Norton 360 for Gamers package a great deal (if you have multiple machines you want to protect.)

Norton’s 360 Deluxe software can be installed on up to five devices and it has the same annual price as 360 for Gamers. This makes Norton 360 for Gamers more expensive than Norton’s other premium package, 360 Deluxe. However, if you’re a gamer, 360 for Gamers offers some valuable functions (see below) that 360 Deluxe doesn’t. And it’s worth the extra investment.

What makes Norton 360 for Gamers different?

Norton 360 for Gamers offers the same premium features that the Norton 360 Deluxe package provides. The software comes with a VPN, there’s a 50GB cloud backup, parental controls, a password manager and Norton’s award-winning real-time threat protection. As is typical with Norton, you get a lot when compared to other antivirus providers. The Norton 360 for Gamers package is no different.

Where Norton 360 for Gamers sets itself apart is in its gamer-focussed features. 360 for Gamers aims to protect PCs from malicious files while not interrupting gaming sessions, and it does this well. Unless something bad happens, you won’t even know it’s there. This is due to its Notification Optimisation and Full-Screen mode detection features.

Notification Optimisation is a PC-only feature that allows you to control the notifications that the antivirus provides. When a notification pops up, you have the option to turn it off so it doesn’t pop up again.

The only notification you cannot turn off is if you’re PC is under attack, and although I haven’t been attacked (yet), it’s comforting to know that Norton 360 for Gamers will notify me so I can do something about it.

The Full-screen mode detection feature detects when you’re using fullscreen, and it silences all but critical alerts. This, combined with the Notification Optimisation feature, resulted in me never noticing Norton 360 for Gamers. Not once was my game minimised due to a Norton notification.

One of the most valuable features is Norton 360 for Gamers’ dark web monitoring. While this isn’t new technology, 360 for Gamers sets itself apart by monitoring if your gamer tags or avatar names have been found on the dark web. With the massive increase in digital gaming platforms, gamer tag hacks are more common, and I found this feature incredibly useful. It gives you a chance to do something if your gamer tag has been stolen or breached.

You can also monitor your bank accounts, passwords, credit cards, phone numbers and addresses on the dark web with Norton 360 for Gamers.

360 for Gamers also has a PC SafeCam feature that helps to prevent someone from accessing your webcam when streaming. It’s a handy feature for streamers.

Norton 360 for Gamers uses the same antivirus protocols as Norton 360 Deluxe, so it shares the same performance scores:

Norton 360 is one of the best antivirus software on the market. It has a minimal impact on computer resources and is effective at protecting against harmful files.

Norton 360 for Gamers has these same scores, and it works well. I never had any issues with malicious files, and the software had no impact on my PC performance.

Norton 360 for gamers is very good at doing what it set out to do. It’s an unobtrusive antivirus that effectively protects PCs from malicious files and doesn’t interrupt gamers while they’re gaming.

This is antivirus software that is dedicated to PCs. While it will work on your Mac or phone, some of its most beneficial features will not be compatible.

While it’s more expensive than Norton 360 Deluxe it offers the same premium features and includes unique gamer-specific features that are useful.

Overall Norton 360 for Gamers is a great option for anyone gaming on a PC. Your computer will be protected and it will never interrupt your gaming sessions.

NuraTrue review: Earbuds that “shape” music for your ears and sound better than Apple, Bose and Sony!