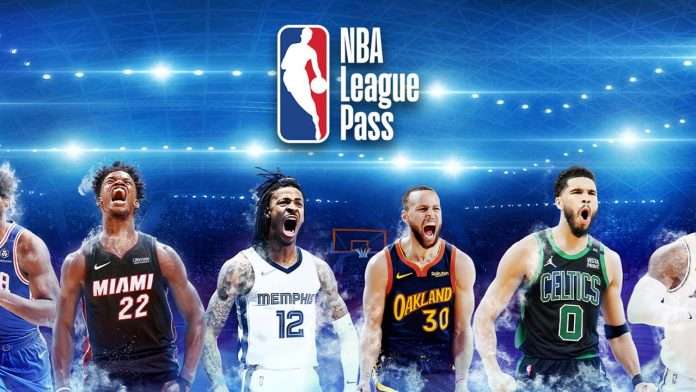 If you’re trying to watch NBA League Pass with a VPN and it’s not working, the streaming service has managed to identify and block the IP address your VPN is giving you.

This has happened because the VPN you’re using either doesn’t have measures in place to ensure it works reliably with NBA League pass or the measures it does have are no longer working.

The good news is there are a number of fixes you can try to resolve NBA League Pass not working with VPN.

In this article, we’ll explain how you can fix this issue, and if you read to the end of the article, you can find out how to ensure you don’t come across these errors again in the future.

Follow these fixes in order until you can watch NBA League Pass with a VPN again.

Each version of the service requires individual payments, meaning you have to buy both in order to watch NBA League Pass around the world. If you purchase the US version, you don’t get access to the international version and vice versa. You have to buy each version.

Because VPNs allow you to spoof your location, they allow you to watch the US version of NBA League Pass anywhere in the world and watch the international version in the US. This means you don’t have to purchase both.

Obviously, NBA League Pass wants to make as much money as possible, so it tries to stop VPNs from allowing you to do this. It does this by blocking VPNs from accessing the platform.

For lesser VPNs, especially free VPNs, these blocking techniques can be incredibly hard to beat.

To ensure your VPN doesn’t get caught by these blocks, you need to use a VPN with measures in place to get around them.

Does NBA League Pass work with a VPN?

Yes, it does. I’ve been using a VPN to watch the US version of NBA League Pass reliably in NZ.

It’s important to know that you need a VPN with the infrastructure and finances to ensure it can stay ahead of NBA League Pass’s VPN-blocking techniques. The best and most reliable VPNs for this are ExpressVPN ($6.67/month) or Private Internet Access ($2.03/month).

Both ExpressVPN ($6.67/month) and Private Internet Access ($2.03/month) have effective measures in place to ensure they work reliably with NBA League Pass. They’re not only super-fast and secure and have servers all over the world, but they play a game of cat and mouse with NBA League Pass.

If an IP address provided by ExpressVPN ($6.67/month) or Private Internet Access ($2.03/month) gets blocked by the streaming service, these VPNs will close that IP address and open a new one. This means there will always be one for you to connect to so you can watch NBA League Pass reliably wherever you are.

This seems like a simple measure; however IP addresses are expensive, and most VPNs simply don’t have the infrastructure or financial backing to match these practices.

If you want to watch NBA League Pass reliably with a VPN you need to use ExpressVPN ($6.67/month) or Private Internet Access ($2.03/month).