ReviewsFire
Home VPN How to watch US Netflix on a Firestick: Here’s 3 VPNs that...

The £39 Amazon Fire TV Stick is a powerful TV streamer. Its app store is filled with popular TV apps making it the perfect device to turn dumb TVs into Smart TVs. Here we show you how to watch US Netflix on a Firestick.

If you’ve got a Firestick and Netflix login, you can start watching US Netflix immediately. In fact, you can use the method below to unlock every region’s Netflix library.

All you need is a good VPN.

How to watch US Netflix on a Firestick

(See below for our pick of the three best VPNs to watch US Netflix.)

Netflix prevents its customers from using VPNs to location spoof – to watch other region’s libraries – because of the licensing agreements it has in place. It’s the same reason Netflix has different libraries in the first place. Take a look at our Netflix not working with VPN article to find out more.

Best VPNs for US Netflix on Firestick

Watching US Netflix on a Firestick involves the same process as any other device – PC, smartphone, tablet etc. First, you need a VPN that works with your device. Next, this VPN needs to be one of the few providers that are successfully beating the Netflix VPN ban.

Below is our pick of the three best VPN currently doing that. 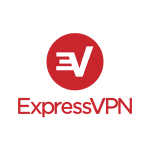 This is the most expensive VPN, but it’s also the best at beating the Netflix VPN ban. There are always servers that are open with Netflix thanks to the game of Cat and Mouse Express plays. Whenever one of its old server’s IPs is blacklisted, it creates and opens a new server/IP for its customers. This simple, but labour intensive, technique keeps ExpressVPN one-step ahead of Netflix. 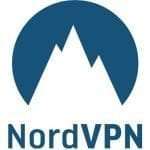 Nord is another excellent VPN for unlocking US Netflix on a Firestick. It uses the same Cat and Mouse technique as ExpressVPN, the only difference is that NordVPN provides a slower connection speed (in our tests). This isn’t a huge issue for watching Netflix though. Netflix has first-class buffering technology and the speeds you’ll get from NordVPN are more than fast enough to stream US Netflix in HD. 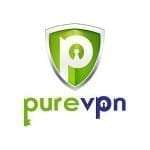 The final VPN we recommend is PureVPN. This VPN uses a combination of techniques to bypass the Netflix VPN ban. The first is the standard game of Cat and Mouse used by the two VPNs featured above. The second is bespoke software developed by PureVPN to prevent Netflix identifying its servers as VPNs.

Read next: How to watch French open online.