ReviewsFire
Home VPN How to watch the Rugby League World Cup in NZ: Cheaper than... 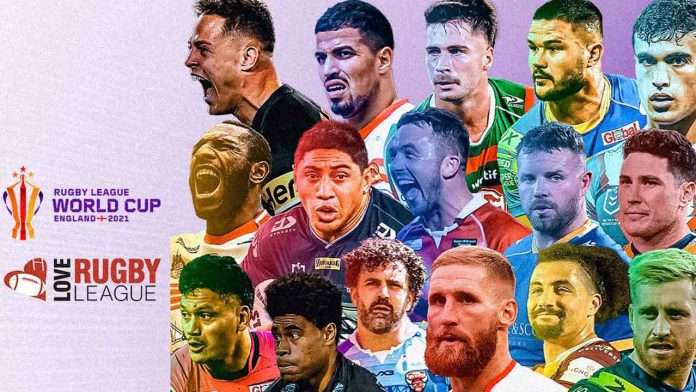 If you’re trying to watch the Rugby League World Cup in NZ, you need to be a Spark Sport subscriber. This can be an issue because Spark Sport is expensive at $25/month.

Annoyingly, the NRL is broadcast on Sky, and to watch the Rugby League World Cup, you need a Spark Sports subscription on top. This only adds to the cost.

Fortunately, there’s an easy and cheaper way to watch every game of the Rugby League World Cup on-demand for less than $10. All you need is a reliable VPN and a BBC iPlayer account.

This article will explain the cheapest way to watch the Rugby League World Cup in NZ.

How to watch the Rugby League World Cup in NZ: Quick Guide

The best way to watch the Rugby League World Cup in NZ is with a VPN and a BBC iPlayer account.

All you need to do is follow these simple steps, and you’ll be able to watch every game:

How do I create a BBC iPlayer account in NZ?

To create a BBC iPlayer account in NZ, you only need a VPN, an email address and a British postcode.

BBC iPlayer is a free, on-demand streaming service. However, it’s only available in the UK. If you visit the site in NZ, you’ll run into an error saying, “BBC iPlayer only works in the UK. Sorry, it’s due to rights issues.”

To get around this error, the fix is easy. All you need is a reliable VPN. We recommend ExpressVPN ($6.67/month).

To create a BBC iPlayer account, you must connect to a UK server on ExpressVPN ($6.67/month), visit BBC iPlayer – Home, select create an account, and fill in the details.

Now, ensure you’re still connected to a UK server on ExpressVPN ($6.67/month), and you’ll be able to access BBC iPlayer and the Rugby League World Cup on demand.

What’s the best way to watch the Rugby League World Cup in NZ?

The best way to watch the Rugby League World Cup in NZ is with a VPN and a BBC iPlayer account.

BBC iPlayer is a free streaming service that broadcasts every game of the World Cup live and on demand.

While you can catch the games on Spark Sports here in NZ, Spark Sports costs $25/month. Using a VPN and BBC iPlayer, you’ll pay less than $10.

It’s also a very reliable way to watch the games.

Why do I need a VPN to watch BBC iPlayer?

You need a VPN to watch BBC iPlayer in NZ because iPlayer is a UK-based streaming service only for UK-based customers.

The BBC doesn’t have the rights to broadcast its content outside of the UK. If it made iPlayer available in NZ, it would be breaching rigorous content and licensing agreements and could face severe financial punishment.

To prevent these fines from happening, the BBC blocks anyone outside the UK from accessing iPlayer. These blocks are why you’re coming across the “BBC iPlayer only works in the UK. Sorry, it’s due to rights issues” error.

To get around these blocks, you need to make BBC iPlayer think you’re accessing its service from within the UK. That’s where a VPN like ExpressVPN ($6.67/month) or Private Internet Access ($2.03/month) comes in.

How does BBC iPlayer block my connection?

When you connect to BBC iPlayer it scans your IP address to determine your physical location.

Whenever you go online, your device is given a unique IP address. This IP is used to communicate between your device and the website or app you’re going to.

The issue here is for this communication to work, your IP address contains information about your physical location.

When you connect to BBC iPlayer in NZ, the BBC scans your IP address, figures out you’re in NZ and blocks the connection.

VPNs encrypt all of your online data into an unreadable code. They then reroute this data through one of their servers (which you can choose) where it is decrypted and sent to a local ISP (internet service provider).

The country you select is where you’re data will be sent, and this country is where the IP address the VPN gives you will be based.

If you want to watch BBC iPlayer outside the UK, you’ll need a UK IP address so you’ll want your data to be sent to a VPN server in the UK.

This process will give you an anonymous internet connection meaning the BBC cannot determine where you’re based, but you’ll also have an IP address from the UK. So now you can watch BBC iPlayer in NZ.

The VPNs that work with BBC iPlayer are the ones that can get around the BBC’s VPN blocking techniques.

The BBC tries to block VPNs because they allow people to watch BBC iPlayer content outside of its broadcast zone (the UK). And this could potentially result in fines.

These measures are hard for lesser VPNs to get around and it could result in you spending money on a VPN that isn’t going to work.

The best VPNs to watch BBC iPlayer in NZ