ReviewsFire
Home VPN How to watch BBC iPlayer in Spain 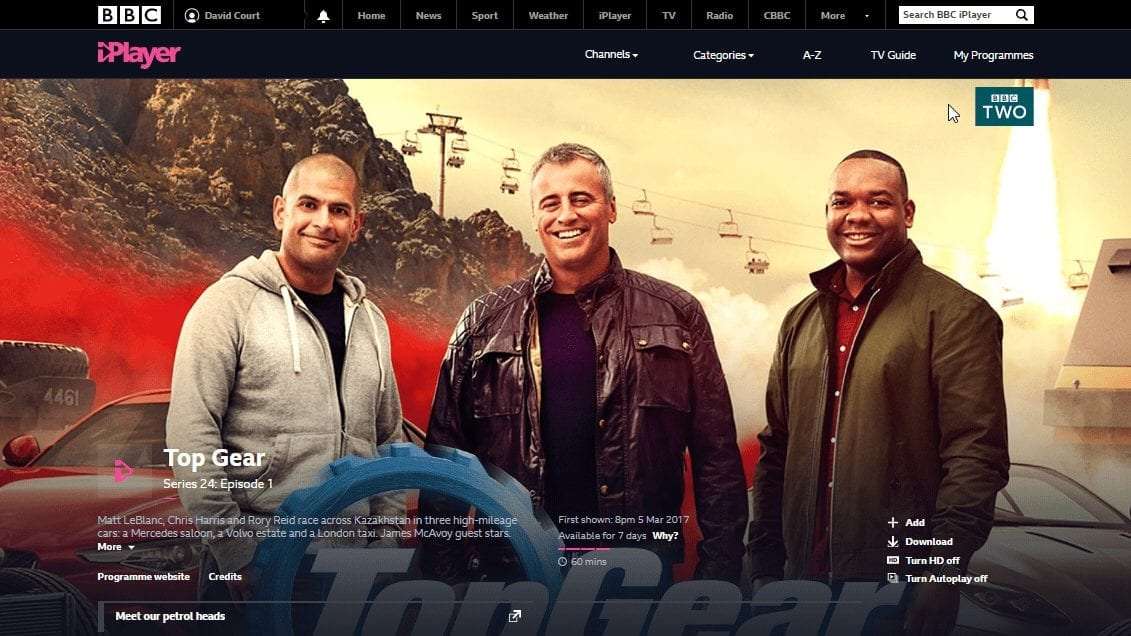 If you’re on holiday or working in Spain, watching TV from the UK is a little difficult. But it’s not impossible. In this tutorial, we’ll show you how to watch BBC iPlayer in Spain in a few simple steps.

How to watch BBC iPlayer in Spain

To watch BBC iPlayer in Spain, you’re going to need to spoof the location of your internet connection. BBC iPlayer will only work for connections coming from inside the UK. The best way to do this is to use a VPN.

Until recently, any VPN was good enough to spoof your location and start watching BBC iPlayer again. Sadly, those days are over. The BBC has started cracking down on the use of VPNs to location spoof and has started blocking the IP addresses of popular VPN servers. This means that all the free and cheaper VPN – that funnel thousands of users through the same UK servers and IP addresses – no longer work with BBC iPlayer.

To start watching BBC iPlayer abroad again, you’re going to need to use a VPN with servers and IP addresses that aren’t blocked. The service I use is PureVPN with dedicated IP. It costs less than £3.50/month (when you sign up for the service for two years) and because you’re buying dedicated IP, your connection won’t get blocked (see below for explanation). Note: I’ve been using a PureVPN’s dedicated IP since December with zero downtime.

If you don’t want a dedicated IP, then the next best service is ExpressVPN (£5.96/month). This provider regularly tops Best VPN lists and provides a lightning fast and secure connection. Watching BBC iPlayer with ExpressVPN is a little different. As you don’t have a dedicated IP you need to connect to a UK server that’s not been blacklisted by BBC iPlayer. To do this, ExpressVPN runs a Live Chat service via its website. Whenever you want to watch BBC iPlayer (in Spain, or anywhere overseas), you simply spend 30 seconds chatting to an ExpressVPN Live Chat agent and ask them for a list of UK serves that are open to BBC iPlayer.

Sadly, other VPNs – TunnelBear, IPVanish, Buffered, etc – no longer suppoer BBC iPlayer as a feature of their service.

How does BBC iPlayer block VPNs?

Because anyone with a UK internet connection can access iPlayer for free. And because so many people were using VPNs to do this, the BBC had to act. Both Licence Fee payers and TV rights holders (think films, American shows, and sports) were getting short-changed by VPN users.

The way the BBC blocks VPNs is pretty basic. As we mention above, VPNs tend to funnel their large numbers of users through a small number of servers. To combat this, the BBC now monitors the levels of traffic coming from a single server/IP. If this starts to look abnormal (more than an average household’s usage levels) the Beeb blacklists the IP from streaming content from iPlayer.

Take a look at our BBC iPlayer Detecting VPN or BBC iPlayer not working with VPN articles for an in-depth explanation.

How do some VPNs get around this?

There are two techniques VPNs use to combat this. The most common is to play a game of Cat and Mouse with iPlayer. When the BBC blocks one server/IP they open a new one. However, the most effective is for a VPNs to sell dedicated IPs to customers. This lets users own their own IP address. As a dedicated IP is reserved for one customer, it means the levels of traffic going to/from BBC iPlayer will never be abnormal, like a shared VPN server would.

Read next: Netflix not working with VPN: How to bypass the Netflix Proxy block?