ReviewsFire
Home VPN How to unblock Hotstar outside India?

Hotstar and Star Sports not working outside of India?

Hotstar and Star Sports will not work outside of India. Even if you’re a satellite or online subscriber to the service. This is because it only has a license to broadcast in India. Which means once you’re overseas, you cannot access Hotstar content.

How to watch Hotstar and Star Sports outside of India?

Hotstar and Star Sports are only available to internet connections coming from inside India. This means if you’re on holiday in the UK or USA (or anywhere in the world), you won’t be able to stream Star Sports and Hotstar.

If you want to want Star Sports, or any Hotstar stream, when you’re outside of India, you need a VPN. 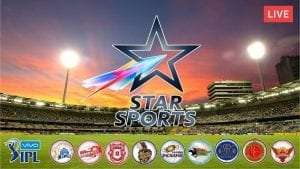 VPNs work by encrypting your internet data and rerouting it to a server of your choice where the data is unencrypted and relayed to a local ISP. This process is then reversed and relayed to your device, via your VPN app.

This simple combination of encrypted + a network of servers, allows internet users to spoof their location from anywhere in the world.

Which VPN should I use for Star Sports and Hotstar?

Theoretically, any VPN that has a server in India should be good enough to let you watch Star Sports from outside of India. However, in reality, that’s not the case.

This is because Hotstar, and all major online broadcasters, has started blacklisted IP addresses that are known to belong to VPNs.

All this means is that you need to be careful when choosing your VPN to stream Star Sports. The services listed below all play a game of Cat and Mouse with Hotstar. This means if/when one of their Indian servers gets blacklisted, they shut that IP down and create a new one. It’s as simple as that.

The 3 Best VPNs for Hostar and Star Sports 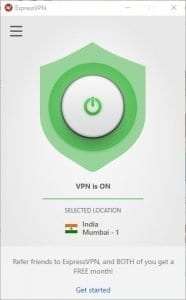 Our favourite ExpressVPN. It’s a little more expensive than PureVPN and NordVPN, but the service is the best. ExpressVPN also has a dedicated technical team monitoring its servers connections around the clock and a 24/7 Live Chat option available via its website.

ExpressVPN operates in a slightly different way to NordVPN and PureVPN too. Instead of letting you chose the exact server, ExpressVPN will only let its customers select the country they want to connect to. This is when the software kicks in as users are automatically connected to the fastest server with the lowest number of other users on it. This is a key feature that prevents ExpressVPN’s servers from getting blacklisted by streaming services for abnormal usages (as customers are spread evenly).

PureVPN takes the award for most-improved VPN. It’s a VPN that specialises in online streaming. And its app reflects that. Instead of connecting to a server based on location, like all other VPNs – the PureVPN app has a dedicated “Channels” section. Here you select the channel you want to watch and PureVPN will automatically connect you to the best server.

PureVPN is a great choice if you want a hassle-free way to watch Star Sports abroad without spending too much. 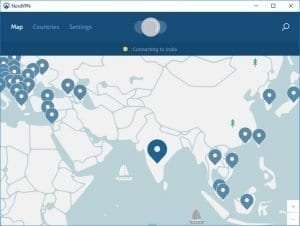 If you want to stream TV from anywhere in the world, NordVPN is one of the best VPNs for the job. It works with Hotstar in India. But that’s not all. It has servers in the US that let you stream US Netflix, Amazon Prime, HBO and all major TV networks. It also works with the big UK stations too, so you can watch BBC iPlayer from anywhere in the world.

NordVPN is a great choice for a VPN because its standards are high. It has more servers in more countries than the majority of other VPNs. That’s not all. It uses automated software to keep the number of users connected its servers under the threshold that gets IP blacklisted. A very important feature for streaming from overseas.

Nord also employs a full-time technical team to monitor its servers connections and speeds. If there’s ever a problem they work on a fix immediately. There is also a 24/7 Live Chat feature available if customers ever need support.

Read next: How to watch RTE Player abroad.