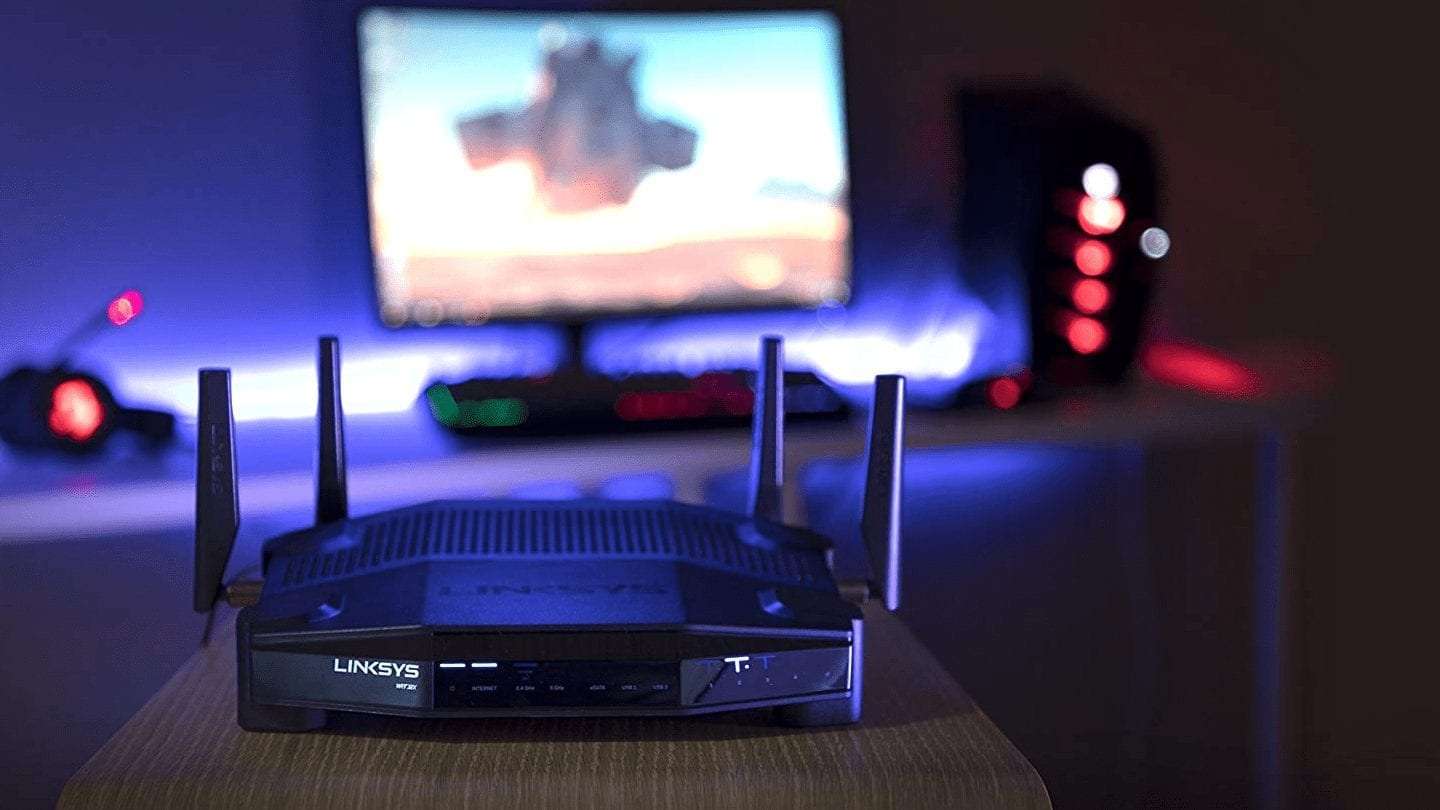 Most ISP modems don’t play nicely with VPNs, so if you’re planning on getting the most from your subscription, you’ll want to invest in a router specially designed for VPNs. We’ve rounded up the best routers for VPNs so you can protect all of your devices at home without hassle.

There are plenty of big-name brands to choose from when it comes to buying a VPN-compatible router – Asus, TP-Link and NETGEAR are among them. Price will be dependent on the connection speeds promised by the manufacturer, while extras such as smartphone support will add to the cost.

Keep scrolling as we take a closer look at some of the best routers for VPNs you can buy on Amazon in 2019.

A VPN – Virtual Private Network – can spoof your current location, meaning you can access websites that would normally be blocked to users in your area.

With a VPN running on your home network, you’ll remain anonymous around the clock. Your ISP won’t be able to see what you’ve been up to online and, depending on the paid-for VPN service you sign up for, you’ll have access to hundreds of servers around the world.

Here at ReviewsFire, we’ve tried and tested an impressive selection of VPNs. We’ve got the details below on how much you can expect to pay and where to find the best routers for VPNs.

How much do VPNs cost?

Your monthly payments vary depending on the VPN you side with. Unsurprisingly, the most popular paid-for options around are delightfully affordable.

Of the top-rated VPNs we recommend, Ivacy is the cheapest at £1.02/month. But even our ‘priciest’ pick, ExpressVPN, is an absolute steal at just £5.13/month. Here’s an overview of the VPNs that get our thumbs-up:

We think up to £5.13/month is a small price to pay for complete online security. By signing up to one of these VPNs today, you can browse and download anonymously.

Which routers work with VPNs?

You won’t be able to run a VPN connection on a modem provided by your ISP. Instead, to get a secure VPN connection set up at home, you’ll need to connect an alternative router to your modem. Our guide can lend a helping hand.

The benefits of having your VPN configured with your router are obvious. If you’re using a VPN-compatible router, everybody that connects to your home WiFi will be protected by it and enjoy its perks. You won’t need to manually enter your VPN subscription details every time you use the internet.

. If you’re using a VPN-compatible router, everybody that connects to your home WiFi will be protected by it and enjoy its perks

But you’ll need to be aware of changes to your internet speed. If you have a group of friends around your house all using your VPN-protected WiFi, for example, you could experience slower speeds than you’re used to.

The majority of routers for VPNs support OpenVPN technology, which serves up support for a wide range of different VPN providers. 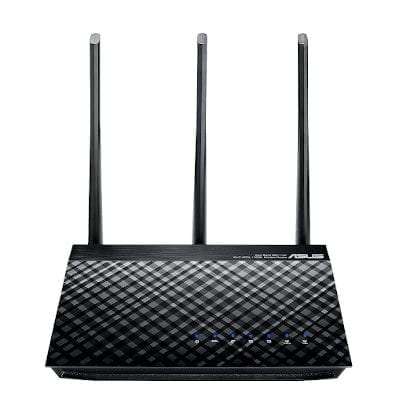 This affordable router from Asus is advertised with built-in VPN support. It uses a trio of strong antennas to boost signal, with the brand quoting speeds “up to a combined 750 Mbps”.

The Dual-Band AC750 router is supported by ASUSWRT software. This programme gives you an at-a-glance view of all the devices connected to your router. From this dashboard, you can see how much bandwidth each user or device is responsible for on a monthly basis.

Powered by 5th generation WiFi, this Asus router gets its brains from a 802.11 ac chipset. According to the computing giant, the router reaches 300 Mbps at 2.4 GHz and 433 Mbps at 5 GHz. With concurrent bands, you can manage simple tasks like web browsing under the 2.4 GHz band, saving strenuous jobs such as streaming HD content for the 5 GHz band. 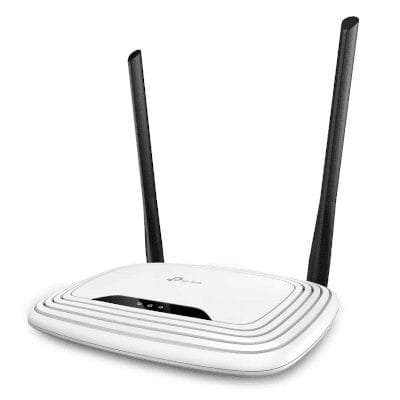 Designed specially for your home office network, the 300 Mbps TL-WR841N router could be a good fit if you’re a fan of streaming HD video.

Two trusty antennas on this VPN-compatible router will keep your connection stable, while IP-based bandwidth control lets you decide how much bandwidth is dedicated to certain devices on your network.

A dedicated WPS button on this router from TP-Link lets you set up WiFi connections in seconds. With WPA/WPA2 encryption, you know your wireless connection is secure.

The handy TP-Link Tether app lets you manage your home network right from your smartphone or tablet. It’s a great addition that saves you from having to sit in front of your computer every time you want to configure your network. 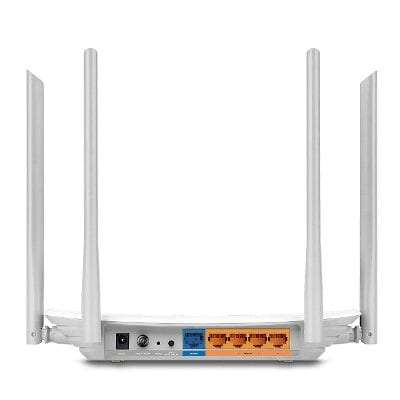 You can easily create a separate guest network for your friends, or use parental controls to restrict access time from specific devices. Configuring your home network to get the most out of your VPN subscription is simple with TP-Link’s Tether app.

To connect this TP-Link router to your modem, you’ll just need an Ethernet cable to stick into the WAN port. The brand is confident that its VPN-compatible router will keep you up and running whether you’re streaming HD movies, gaming or downloading large files.

As this router runs over both 2.4 GHz and 5 GHz bands, you can split tasks by how demanding they are. Simple tasks can be handled by the 2.4 GHz band, while your streaming is sorted by the 5 GHz band.

NETGEAR sells a whole family of routers for VPNs. This is one of its cheaper dual-band options, well-suited to keeping you safe while you’re using a VPN from home.

The computing giant quotes WiFi speeds “up to 1,600 Mbps” from the AC1600 router, which you’ll be able to set up in a matter of minutes. This nippy router uses external antennas to improve coverage in a large home, so you’re guaranteed a sturdy connection.

Like TP-Link’s routers, this rival from NETGEAR can be set up using a smartphone app. The NETGEAR Nighthawk app lets you configure, update and monitor the performance of your home router. From your mobile, you can also pause internet on connected devices, run internet speeds tests and lock in parental controls.

NETGEAR says the 880MHz processor tucked inside this router keeps things running smoothly. If you’re shopping for a capable, trustworthy router to route your VPN through, add this to your shortlist. 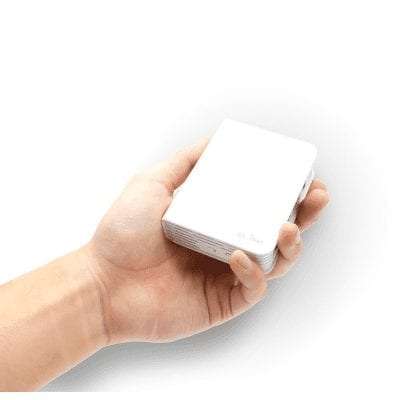 This VPN-compatible router is slightly different to the other options in our list. It’s a portable travel router, which means you can use it on the move without having to leave your VPN behind.

The affordable dual-band travel router supports speeds of up to 300 Mbps (2.4G) and 433 Mbps (5G). It’ll let you convert a wireless public WiFi spot to a private WiFi spot for secure surfing.

With the OpenVPN client pre-installed, the GL.iNet GL-AR750 Travel AC Router is compatible with over 20 different VPN service providers. It’s a great pick if you’re used to doing work on the move, or you simply want to browse anonymously outside of your home office. With a VPN-compatible router, your IP address is hidden at all times.

If you’re planning on travelling to a country where internet usage is heavily monitored or restricted, consider this portable travel router. It’ll keep your sensitive information safe, encrypting your personal data and preventing third-party trackers.

Read next: RugbyPass not working with VPN? Here’s how to FIX that!