ReviewsFire
Home VPN BBC Sounds not working with VPN? Here’s how to fix that!

Note (July 24, 2020): ExpressVPN only works with BBC iPlayer, not BBC Sounds; if you want to listen to BBC Sounds from outside the UK I recommend using Ivacy (£1.74/month).

How to listen to BBC Sounds abroad: Quick guide

BBC Radio is free for the whole world to listen to. This oddity predates internet radio to a time when the BBC was committed to using radio as a tool to share British culture, and its views, with the world.

The result of this commitment, in modern times, means UK travellers only need an internet connection and a smartphone/tablet/computer to listen to BBC Radio stations via the BBC Sounds app.

Most of the time…

If you want to listen to a BBC Sounds station that’s broadcasting certain sports commentaries – such as TMS or EPL 3PM kick-offs – you won’t be able to listen from outside the UK.

Why? “Licensing reasons”. As you’re probably aware, the TV rights for broadcasting live English Premier League Football is worth billions of pounds. And while the radio broadcasting rights are not in the same league (clumsy pun intended) they’re still a valuable asset – meaning the Beeb has to geo-restrict its broadcasts to within the UK to avoid breaching its broadcast license from the EPL.

Up until recently, there was a simple way around this. Any cheap VPN that gave you access to a UK IP address would let you access the BBC abroad. Not any more. Nowadays, there are only a handful of VPNs that work with BBC. That’s because the BBC now actively blocks VPNs from working with iPlayer – meaning that you need to use a VPN that, in turn, know how to beat iPlayer’s ban.

In short, it’s a complicated game of Cat and Mouse between the VPNs and BBC iPlayer not. If you have a few minutes, take a look at my article on How to listen to BBC Radio abroad for a more in-depth explanation about how VPN’s are able to beat iPlayer’s blacklists. 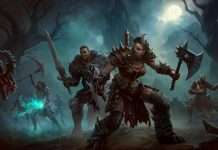