BBC iPlayer started blocking VPNs in late 2017. Until then, anyone could use pretty much any VPN with a UK server and watch iPlayer for free. The problem is that this blanket ban on VPNs has also stopped legitimate Licence-Fee paying users from watching iPlayer while overseas too. Here we show you which VPNs still work with BBC iPlayer.

Why does the BBC block VPNs?

BBC iPlayer is free for anyone – from a licence-paying UK household – to use. To access the service, all you need is a UK internet connection and a valid UK postcode. The ease of use is great for UK residents, but the lax system leaves iPlayer open to abuse.

And people did abuse it. Internet users from anywhere in the world could watch BBC iPlayer by using a VPN to spoof their location. The caused two problems for the BBC. It was unfair asking UK residents to pay for a service that was essentially then opened for the world to use for free. The more serious problem, from a legal point of view, was that it created licensing problems.

For example, when a Hollywood film is broadcasted on BBC One, it becomes available for users to watch for up to 30-days on BBC iPlayer afterwards. Which, as we explain above, technically meant that it became free for the entire world to stream using a VPN.

The BBC had two choices. It could implement stricter checks on who was accessing iPlayer. Or it could clamp down on the use of VPNs. It chose the latter.

How does BBC iPlayer detect VPNs?

To understand how iPlayer blocks VPNs, you need to know a little bit about how VPN works.

The best VPN providers have multiple – often hundreds – of servers in popular countries. By channelling their customer’s encrypted data through these servers, the VPNs allow users to location spoof. Essentially, a VPN’s servers act as an encrypted tunnel to any country’s internet.

The problem with this model is that it’s uneven. There are far more customers than there are servers. And each server only has a single IP address. This makes it easy for iPlayer to detect and block a VPNs Server/IP, as it will be the source of hundreds and thousands of simultaneous connections to BBC iPlayer.

See also: BBC iPlayer not working? Here’s how to fix that!

How to get around BBC iPlayer’s block?

There are two ways to get around the block.

1. Cat and Mouse VPNs: The best way to watch BBC iPlayer again is to buy a VPN that is engaged in a full-time game of Cat and Mouse with iPlayer.

When one server/IP is blacklisted by iPlayer it opens a new one. There are a few VPNs that do this well. The best are NordVPN and ExpressVPN.

See below for a more detailed description about each of these VPNs.

2. If you can afford it, we also recommend getting a Dedicated IP. This means you won’t be sharing your connection with anyone, which ultimately means iPlayer won’t blacklist your connection for abnormal use.

We recommend using one of the three VPN providers below for consistent access to BBC iPlayer. Other VPNs my work periodically, but the three featured below have all been tested and verified. They also provide excellent support. 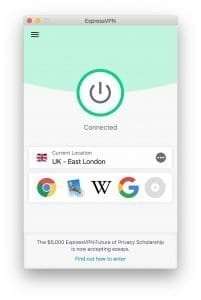 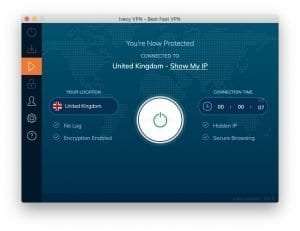 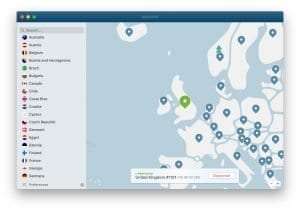 NordVPN is another great VPN for streaming BBC iPlayer abroad.

NordVPN employs a full-time technical team that’s responsible for monitoring its servers connections with popular TV streaming services. BBC iPlayer is included in its watchlist (so is US Netflix). This team constantly works on staying one-step ahead of iPlayer, ensuring that it’s servers/IPs don’t get blacklisted in the first place. And if there ever is a problem, they work on creating a fix asap. Nord also offers customers access to 500+ servers in the UK and 24/7 free technical support via its website’s Live Chat feature.

I’ve been using NordVPN to watch BBC iPlayer, from New Zealand, since March and haven’t experienced any downtime with the service. 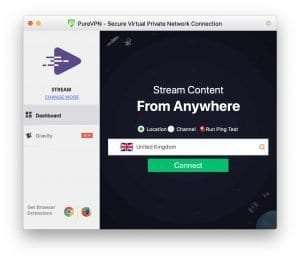 Another of our favourite services is PureVPN. If you buy the dedicated IP for an extra $1.99 a month, then you’re guaranteed access to iPlayer 24/7 as you’re the only user who will be connecting to iPlayer, which means it won’t get blocked for abnormal behaviour. If you buy a 24-month subscription (with a dedicated IP), the monthly price still works out cheaper than some of its closest rivals.

However, the standard package is good enough. The app (Windows, Mac, iOS and Android) works slightly differently from its rivals. It’s unique because it lets you filter server by ‘Purpose’ and then connects you to the best server for the job. Here, for example, you would select your purpose as BBC iPlayer Streaming, and then let PureVPN do the rest.

On the rare occasion when this method doesn’t work, you’re encouraged to get in touch with a PureVPN agent via the website’s Live Chat service. Where they’ll fix the problem and get you watching BBC iPlayer again asap.