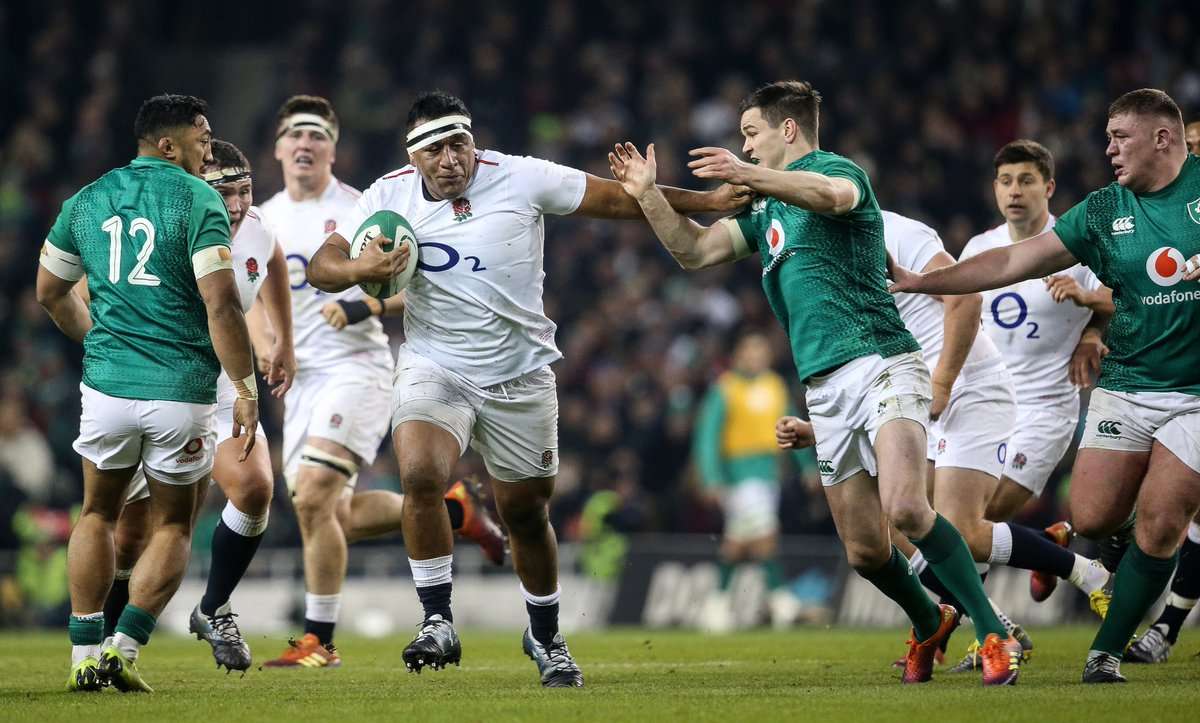 If you’re overseas during the 6 Nations you won’t be able to watch the rugby via BBC iPlayer and ITV Hub like you can in the UK. This is because the content on BBC and ITV geo-blocked their content. Which means internet users from other countries can’t access it. Fortunately,  there’s an easy workaround though. Keep reading to find out how to watch the 6 Nations abroad 2020.

Note: Not all VPNs work with BBC iPhone and ITV Hub. Take a look at our articles on BBC iPlayer detecting VPN and How to Watch ITV Hub abroad to find out more.

Below you’ll find an in-depth guide covering the hows and whys of why you can’t watch the 6 Nations abroad. But if you just want a quick fix, here’s the secret.

A VPN lets you spoof your IP address to a UK one (from anywhere in the world). Which is exactly what you need as BBC iPlayer and ITV only work with UK IPs (internet connections).

Why can’t I watch the 6 Nations abroad?

You can. But you need to you a VPN first. This is because BBC iPlayer and ITV Hub both geo-block their video content. Which means you can’t stream a program from a non-UK internet connection.

The way BBC iPlayer and ITV Hub detect foreign internet connections is pretty simple. It’s all to do with your IP address.

Every internet connection in the world has its own IP address. And these IPs, like phone numbers, can be used to track location. So, if you’re connecting to the internet from France, for example, you’ll have an IP address that is within the French range of IP addresses.

This is fair enough. The BBC and ITV have to bid for the right to show the 6 Nations (and other shows) on UK television. Networks from other countries have to do the same. If the Beeb and ITV made their stream accessible to anyone with an internet connection, this would render the nation-specific licences meaningless. Geo-blocking is, therefore, a necessary evil, to protect the television industry.

Fortunately, there is a simple workaround. As BBC iPlayer and ITV Hub only allow UK IP addresses to watch their programs, all you need to do is spoof your IP address to one in the UK. VPNs allow you to do exactly that using a network of global servers and military-grade encryption.

Be careful though. Not all VPNs work with BBC and ITV Player. This is because the low-quality VPNs share their servers with too many customers. Which leads to BBC iPlayer and ITV Hub blocking their IPs for abnormal usage (too many simultaneous connections). See BBC iPlayer detecting VPN? Here’s what you NEED to do to find out more.

We recommend using either ExpressVPN (£5.85/month), Ivacy (£1.73/month) or NordVPN (£2.99/month). All three of these VPNs have IPs and servers that work with BBC and ITV. This is because they do two things. 1. They don’t overfill their IP address with too many customers. 2. They play a game of Cat and Mouse with BBC and ITV. If/when one of their IPs gets detected they react by closing it down and opening a new one.

This is my go-to VPN. It’s a little more expensive than its competitors. But as the saying goes, you pay for what you get. ExpressVPN is *the* best VPN there is.

ExpressVPN boasts the fastest servers and the highest percentage of uptime with BBC iPlayer and ITV Hub. Use this VPN if you want a fast an HD Six Nations stream from anywhere in the world.

You can easily download and install the ExpressVPN app on Windows, Mac, iOS and Android devices. Plus scores of other devices and Operating Systems.

If you want the cheapest VPN, Ivacy is an excellent option. It’s recently one a ton of awards for Fastest VPN of the year.

My recent tests can verify these awards. I connected to a UK server this week and reached download speeds of over 18mbps from my home internet connection in New Zealand. To put this into context, my non-VPN internet speed is usually around the 22mbps mark.

Ivacy works in a very similar way to PureVPN. You can select the best servers based on “Purpose”. Meaning you would select BBC or ITV if you want to watch the Six Nations abroad.

Sitting nicely in the middle of the two above is NordVPN. This is another excellent choice. It’s an established VPN that’s simple to use and has been one of the industry leaders at unblocking overseas TV websites.

The USP for NordVPN is ease-of-use and volume of high-quality servers. Its servers are fast, and more importantly, they work with BBC iPlayer, ITV Hub and hundreds of other catch-up TV websites around the world.

I’ve been using NordVPN to watch BBC iPlayer, ITV Hub and 4oD outside the UK since March 2018 and it’s worked 100% of the time.

All three VPNs featured above provide unlimited, fast, secure and encrypted access to UK servers. We recommend users buy ExpressVPN as it has the fastest and most reliable servers. More importantly, its servers always work with BBC iPlayer and ITV Hub.

If you’re not looking to pay a premium for the best VPN, both PureVPN and NordVPN will provide you with excellent – working –  connections to BBC iPlayer and ITV Hub.

The way broadcasters identify and police VPN’s IP Addresses is actually pretty basic. VPNs often share a single IP address with thousands of customers. Broadcasters only need to identify IP addresses that download abnormally large amounts of data from its servers to know which IP addresses are from VPNs.

Luckily, there is a solution already in place. The three VPNs featured above all frequently refresh their IP addresses, usually before they’re blocked by broadcasters.

We recommend buying a dedicated IP from PureVPN. This way, you will be the only customer accessing a single IP address so you won’t download an abnormal amount of data (as a VPN isn’t sharing it with all of its customers). Meaning your VPN will never be blacklisted.

Why do I need a VPN to watch the 6 Nations?

BBC iPlayer and ITV player only have licenses to broadcast (most of their) content in the UK. For this reason, it geo-restricts its online content, only making it available to UK IP addresses. This is a good and a bad thing. It means citizens of other countries can’t access BBC content for free. But it also means licence-paying UK citizens are also covered by the same block.

The easiest way around this block is by spoofing your IP address’s location by using a VPN.

See also: How to listen to TMS abroad: Follow The Ashes while overseas

Until late-2017, free VPNs used to work. However, as we mentioned above, the BBC and ITV have started blocking IP addresses that have abnormal downloading activities. Free VPNs are very popular (because they’re free), which means they are invariably the first to get blocked.