Trend Micro for Mac posted near-perfect scores in Best Mac Antivirus 2018 tests. It detected 100% of threats while adding an imperceptible load on the system. Continue reading our Trend Micro for Mac review to find out more about this excellent MacOS antivirus software.

Trend Micro for Mac posted impressive results in the performance tests too. Added less than 0.5% to the system load when copying 27.28 GB of files to a Mac. And then another 0.5% when downloading files from the internet as part of a speed test.

The first test – copying 27.28 GB to a Mac – was performed on a “clean” Mac with no AV running. This took 147 seconds. To work out the load AVs put on a Mac, we ran the same test with Trend Micro and it clocked a time of 148 seconds. We consider this to be unnoticeable to a human user.

The next test was to find out how much time (if any) Trend Micro added to download speeds. AVs have to check downloaded content immediately for harmful files. It’s an area that has the potential to add an unwanted lag to a Mac’s performance. We can happily report that Trend Micro for Mac scored well here too. Added just +1 second to the “clean” time of 56 seconds. 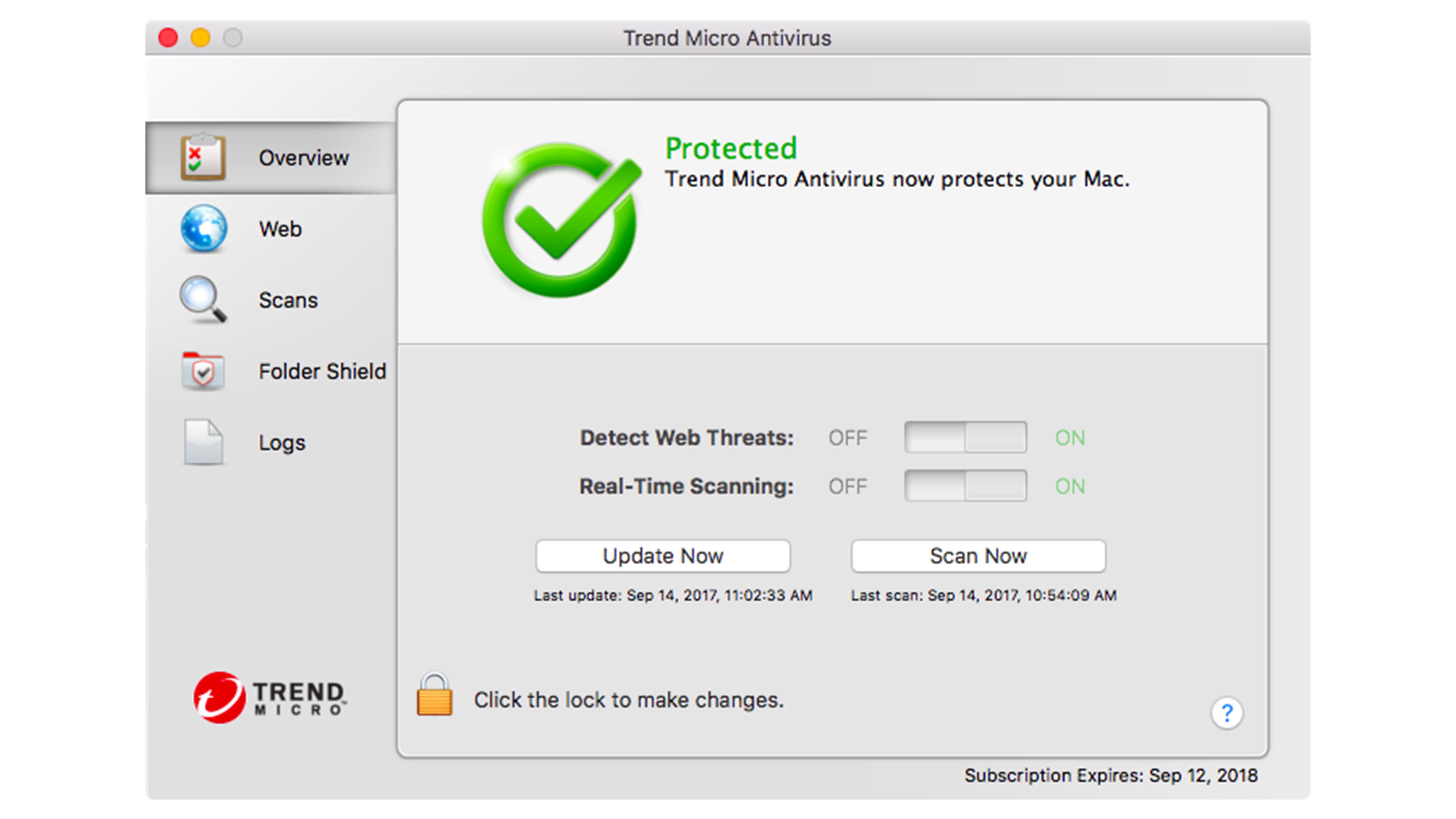 Potentially Unwanted Apps (PUAs) are files and programs that are not harmful to a Mac, but are deemed a nuisance to users. They won’t infect your OS, but they display high levels of advertising, messaging or have poor privacy policies. A good Mac antivirus software will highlight PUAs to a user.

Trend Micro for Mac filtered out over 98% (close to 700) of the PUAs it was subjected to during tests. We consider this to be an excellent score. It is also on a par with all other high-end Mac Antivirus software packages tested in 2018.

The final test is for False Positives. This is to determine how sensitive a Mac AV’s settings are. Trend Micro for Mac returned a perfect score here also.

During this test, a Mac Antivirus program is exposed to harmful apps mixed with clean (but lesser known) apps. If the antivirus highlights a safe app as potential malware, this is deemed a false positive.

There are five different pricing options available when purchasing Trend Micro for Mac. You can buy protection for either one or five devices for one, two or three years. The five devices package gives you the option to install Trend Micro antivirus on a range of Mac, Windows, iOS and Android devices.

This is a Mac Antivirus package that offers the best protection money can buy. Its load on performance is also amongst the best in the industry – with the tiny differences unnoticeable to humans. It’s pricing is competitive too, though it’s cheapest entry-level price is £5 more expensive than Norton Security for Mac.