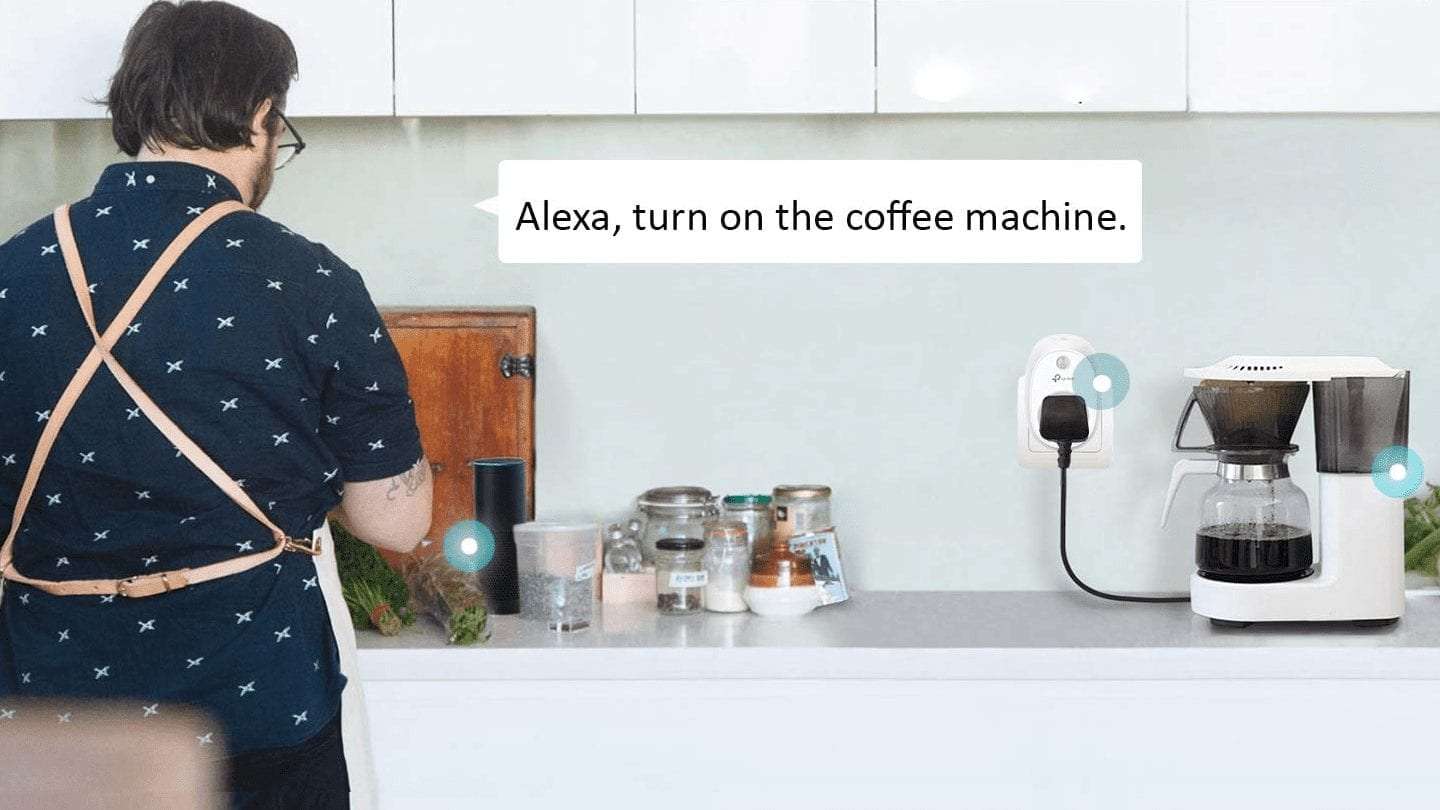 An affordable smart plug will let you control your appliances from your phone or tablet. With a smart plug, you can schedule lights, turn on the heating and adjust the brightness of a living room lamp remotely. Our handy guide uncovers the best cheap smart plugs under £50.

If you’re a buyer on a budget, you’ll be pleased to hear that smart plugs are far cheaper than smart hubs. But just like smart hubs, smart plugs support voice control through Google Assistant and Amazon Alexa. You can turn on the lights from across the room without getting up off the sofa.

In our guide to the best cheap smart plugs under £50, we cover popular picks from brands including Ikea and TP-Link. Only the best smart plugs have made our list – keep scrolling for the details.

See also: Best smart speakers with a screen to buy in 2019

What is a smart plug? 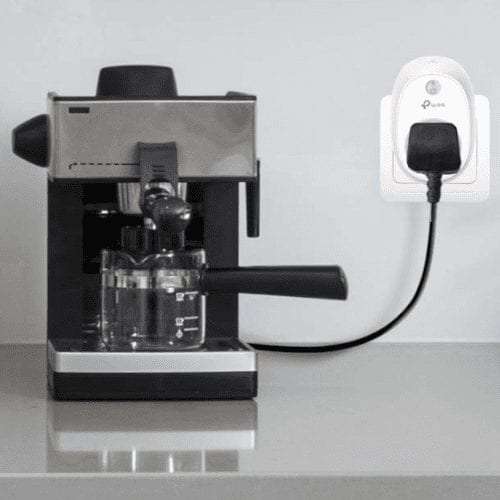 Unlike a normal plug, a smart plug is internet-enabled. As smart plugs run over a Wifi connection, you can control them hands-free while you’re in a different part of the house. The best cheap smart plugs partner up with free smartphone apps that let you decide when your plugs turn on and off.

There are loads of reasons to grab a cheap smart plug today. You might want to turn on the slow cooker while you’re on your way home from work or schedule a radiator to turn on in the morning. Some smart plugs double as night lights, with integrated LEDs in an array of different colours.

As you can connect more than one smart plug to your Wifi network, you can manage a whole selection of appliances with a single tap on your phone. Rather than control all the living room lights individually, group them all under one single profile to save some time.

Even if you’re a buyer on a budget, there are plenty of cheap smart plugs to choose from. Find out more on smart plug costs below.

How much does a smart plug cost?

Not much at all. In fact, we’ve seen popular cheap smart plugs over on Amazon that cost as little as £12. At that price, you might be tempted to pick up more than one and link them under single home Wifi network.

The smart plugs we’ve featured in our guide all cost less than £50 and can often be seen bundled with other smart products. If you’re in the process of shopping for smart products, you may also be interested in our advice on smart speakers, smart doorbells and robot vacuum cleaners.

Cheap smart plugs: features to look out for

There’s no shortage of smart plugs on the market, so how do you know which one is right for you? Guarantee you’re getting great value for money by making a mental note of the features that matter the most.

When it comes to shopping for a cheap smart plug, consider the following:

Below, we’ve uncovered the best cheap smart plugs under £50. All of our recommended models are easy to set up and compatible with the very best voice assistants.

The best cheap smart plugs under £50 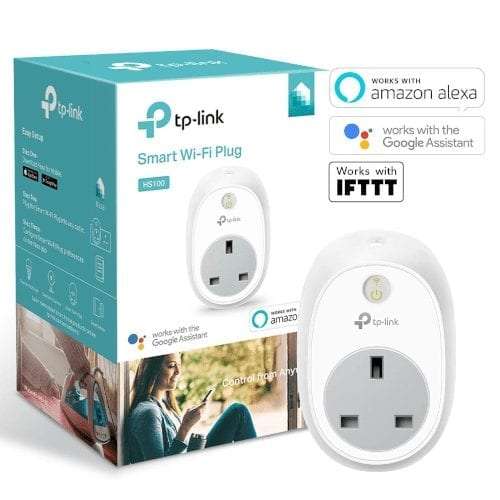 TP-Link is best known for its line Wifi routers and extenders, but the brand also dabbles in smart plugs. They’re affordable, easy to use and quick to set up.

The TP-Link Smart Plug is available for less than £20 – it can communicate with Amazon Alexa and Google Assistant for full voice control.

This handy smart plug works with any Wifi router without the need of a paid-for subscription. By downloading the free Kasa app on your Android or iOS device, you can schedule the plug to activate at specific times of the day. You might want to turn on a desk fan remotely, for example, or have some lights turn on in the morning to wake you up.

For extra security, the TP-Link smart plug has a clever ‘Away Mode’. With the smart plug connected to a lamp in the living room, it’ll turn on and off randomly throughout the day to make it look like you’re in even if you’re away on holiday.

A smart plug will give you peace of mind while you’re out and about. At any time, you can open up the Kasa app and check on your devices remotely. 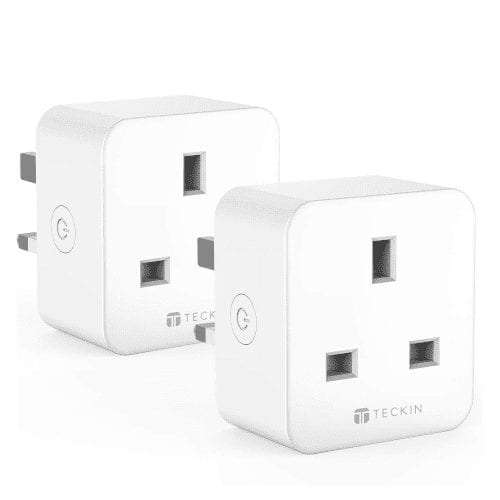 This smart plug from Teckin is another connected gadget that pairs with Amazon Alexa and Google Assistant.

Even if you’re not at home, you’ll be able to control your plug-in lights and appliances with the free-to-download Smart Life app. It’s available on Android and iOS devices and sends you real-time alerts on energy usage.

Teckin’s smart plug will work without the need for a paid subscription service. It can communicate with any Wifi router to give you full wireless access.

The Smart Life app is used to monitor energy usage and estimated costs so you can keep your bills low. At a glance, you’ll be able to identify the appliances consuming the most power.

This is another smart plug that lets you schedule your appliances remotely from its mobile app. Setting up your lights so they turn on at dusk is easily done. By grouping all your appliances together in the app, you can control them all with a single command.

Meanwhile, the Countdown feature will turn your smart plug off automatically whenever you need it to. With that system in place, you won’t have any problems if you forget to turn a plug off. 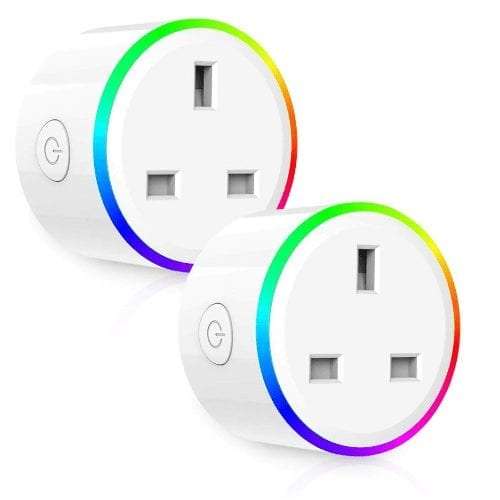 If you’re shopping for a cheap smart plug to control your appliances with, take a closer look at this NETVIP model.

This smart plug runs with iOS and Android smartphones and could prove useful for dealing with hard-to-reach plugs at home. Like the TP-Link smart plug, this gadget uses Away Mode so you can trick passers-by into thinking you’re at home when you’re not.

Buying a smart plug will help you save electricity in the long run. Just by plugging this internet-enabled accessory into the wall, you can prevent overcharging and keep bills low. To get the NETVIP smart plug set up, just pair it with your router and configure the mobile app.

You’ll need to download the Smart Life app to get started. From there, you can set up as many appliances as you need to. As an added bonus, you can customise the look of the NETVIP smart plug. It has colourful LED lights built-in, which you can play around with from the app. You might want your smart plug to double as a bedroom night light with a blue hue, for example. The brightness of the built-in LEDs is also adjustable.

The budget-priced NETVIP smart plug runs flawlessly with Google Assistant and Amazon Alexa. You can shout orders at the voice assistant through your mobile to control the smart plug even if you’re sat in another part of the house. 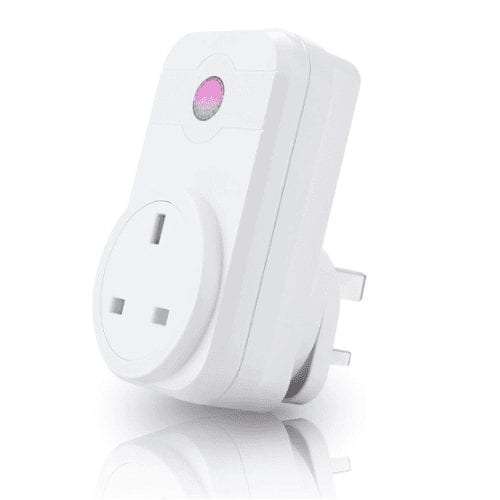 The popular ANEKEN smart plug is the cheapest on our list. As it’s so affordable, you might want to buy a couple of these smart plugs and have them all running under the same network.

As you’d expect, the ANEKEN plug-in works with Amazon Alexa and Google Assistant through Android and iOS gadgets. It works using the free-to-download eFamilyCloud app. From the app, you can control the brightness of the smart plug’s LEDs, along with the colour. You can create ‘Scenes’ to suit your needs, automating your smart plugs based on the time of day.

The list of tricks doesn’t end there. The ANEKEN smartphone app lets you add as many smart plugs to your network as you need to. From the home screen, you can track multiple appliances and schedule each one individually.

The security features worked into the design of the ANEKEN smart plug make it a good choice for parents. The socket slot with a sliding safety cover will effectively stop children from getting their fingers stuck in the smart plug. You may want to use one of these smart plugs in a child’s bedroom to double as a night light.

According to ANEKEN’s Amazon page, this smart plug is made from ABS flame-retardant material with fire prevention and overload protection measures. 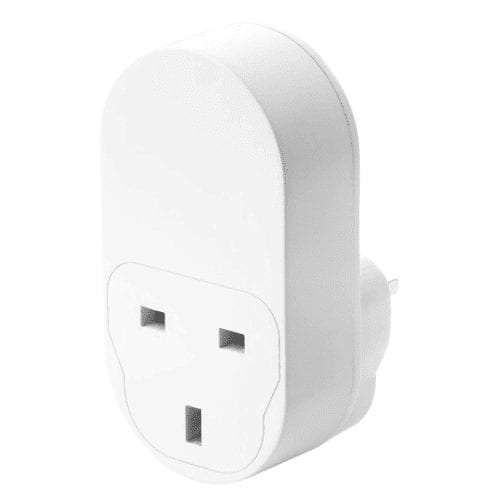 Best known for its flatpack furniture, Ikea has now entered the smart home world. Alongside smart blinds and wireless Bluetooth speakers, the retail giant also sells its own smart plug.

The Ikea TRÅDFRI smart plug costs less than £20 and has all the features you need. It’ll let you control tonnes of different appliances, whether you’re scheduling a hallway lamp or connecting a coffee maker. Download Ikea’s app and you can adjust an appliance’s on/off timer in seconds.

Ikea’s app has been built to deal with up to 10 lamps or smaller appliances. They can be turned on and off at the same time, or managed individually.

Read next: The 6 BEST robot vacuum cleaners under £300