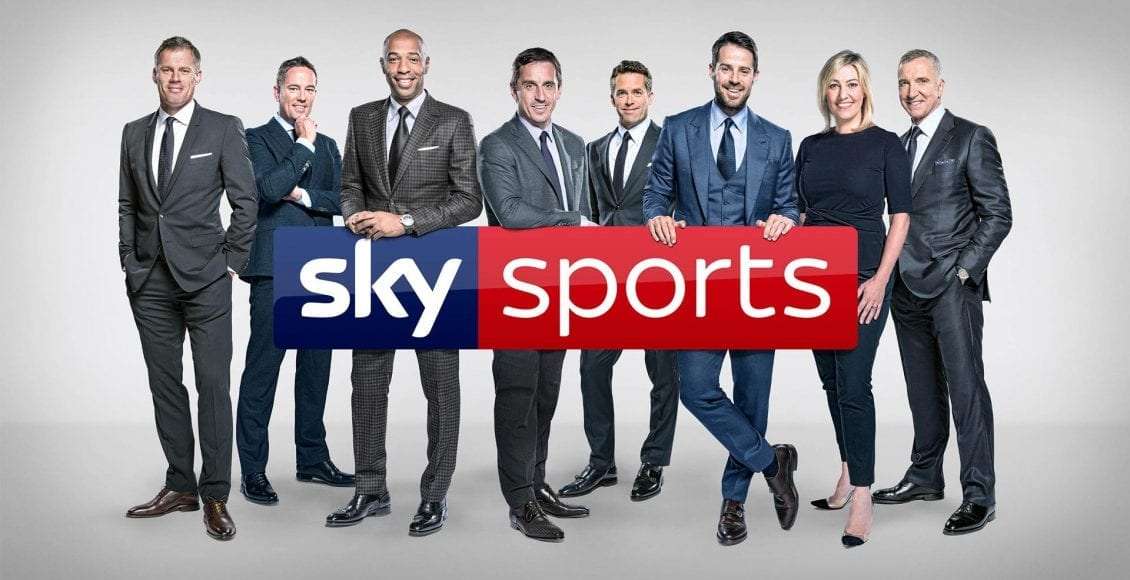 Has Sky Go stopped working with your VPN? If the answer is “yes”, then I have some bad news for you. The VPN you’re using has been detected and blacklisted by Sky. But don’t worry, there are a couple of easy things you can still do. Follow the workaround below and you’ll be watching Sky Go again within five minutes. 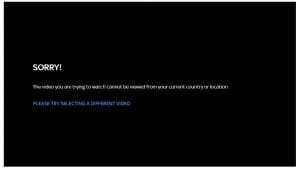 If you’re seeing error messages while trying to watch Sky Go abroad through a VPN, it means your VPN has been blacklisted (we explain why below). Fortunately, the fix is simple – you need to switch to a  VPN that gives you access to servers that aren’t blacklisted by Sky.

The best VPN for watching UK TV abroad is ExpressVPN (£5.13/month) – I’ve been using this VPN since March and haven’t experienced any problems.

ExpressVPN has the fastest and most reliable servers, which explains why it’s almost double price of NordVPN (£3.04/month). However, if the very best connection speeds are important to you, it’s money well spent.  ExpressVPN also employs a full-time dedicated team of technical staff that monitors its connections to major streaming services – Sky, BBC, Netflix – so whenever there’s a glitch with the connection, they start work on it straight away. They also have an excellent Live Chat feature on their website that’s available for customers 27/7 if there’s ever a problem.

If you want the best value. I recommend Ivacy (£1.74/month). It’s a fraction of the price of its rivals but does the same job. I’ve been testing Ivacy on multiple devices recently and have been impressed at its ability to unblock a wide range of online streaming services.

I’ve been using  ExpressVPN (£5.13/month) since March have experienced zero downtime watching Sky Go – plus BBC iPlayer, BT Sport and Netflix (using family logins). I’m connecting from New Zealand (where I now live) and have been able to watch live and catch-up TV in HD.

Why is Sky Go blocking my VPN?

Sky Go is a digital app that lets customers stream live and catch-up Sky TV from their smartphone tablet and laptops. However, like Sky’s satellite TV content, customers have to be accessing the app from within the UK for it to work.

The reason for this is pretty logical. Sky TV is only permitted to broadcast in the UK and it pays big money for this privilege. Let’s use Sky Sports’ jewel in the crown (the EPL) as an example. The most recent Premier League rights package cost Sky Sports and BT Sport £4.464billion. This enables them to broadcast 160 games per season for three years. Now, when you consider that US TV network NBC Sports were able to buy the rights to every game for six seasons for $1bn – you start to understand why viewing territories are protected.

…which is why broadcasters are tightening their grip on VPNs.

See also: Netflix not working with VPN? Here’s are 3 VPNs that still work!!

How is Sky Go detecting my VPN?

VPNs (virtual private networks) work by encrypting data at the user’s end and resurfacing it at another location using their web of servers. When the data is unencrypted by one of the VPN’s server, it’s relayed to the local ISP (internet service provider). The data returned from the ISP is then encrypted again and returned back to the VPN user. This is the process that gives customers an added level of anonymity online. It also lets users ‘location spoof’ their connection to any country in the world.

Using the method explained above, a subscriber to Sky Go could watch live and catch-up TV on their mobile device or laptop from literally anywhere. Providing they had a quick internet connection.

But times are changing.

Sky Go (and pretty much every other major broadcaster) is clamping down on location spoofing via VPNs. And the way they’re policing it is pretty simple. Broadcasters have correctly recognised that VPN funnels a large number of customers through a small number of servers. Sky Go, BBC iPlayer, Netflix (et al) are now blacklisting any IP address where an abnormal amount of activity comes from.

See also: How to watch ALL Manchester United games online. 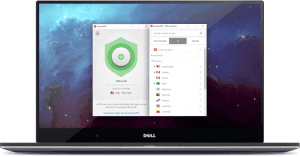 On a par with NordVPN is one of the most established and trusted VPNs on the market, ExpressVPN. The only meaningful difference between the two providers is that ExpressVPN is slightly more expensive.

However, the quality of ExpressVPN is excellent. The number of servers offered by ExpressVPN isn’t advertised. However, I use ExpressVPN regularly to access Sky Go (and watch US Netflix) and I’ve not had a problem with a server yet.

ExpressVPN offers 24/7 live chat support and employs its own technical team to make sure its servers are kept open with Sky Go and other major UK streaming sites.

If you can afford it, you won’t regret choosing ExpressVPN. 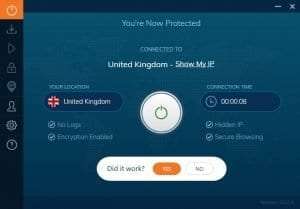 If you’re looking for an excellent VPN, with an even better price tag, Ivacy (£1.02/month) is a great option.

This VPN has all the features you need to stream BBC iPlayer, in HD, from any country in the world. I’ve been testing the app recently on Mac, PC, Android, iOS and FireStick and the results have been impressive – unlocking Sky Go, BBC iPlayer, US/UK Netflix, 4oD etc with ease. 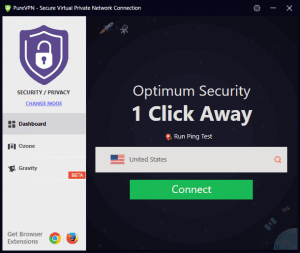 If you’re looking to spend a little less, PureVPN is a great choice.

This is advantageous for both the customer and the VPN. From the customer’s PoV, they’re getting a secure connection to a server that is guaranteed to work with their channel. From PureVPN’s side, it enables the VPN to intelligently manage the load their servers.

If you can afford it, you can also buy a dedicated IP for $1.99/month (£1.50) with PureVPN. This means you – and you alone – will have access to an IP address in a country of your choice. This is a great feature as owning your own IP means it will never get blacklisted for abnormal usage. The only drawback here is accessing your dedicated IP is difficult if you’re not connecting from a Windows device. 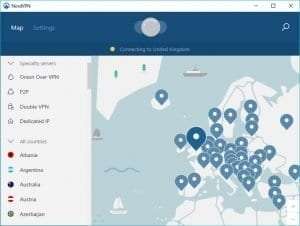 The best and easiest way to watch Sky Go abroad is via NordVPN. This is an excellent and affordable VPN provider that’s leading the way – unblocking hundreds of different international TV websites.

NordVPN is the most effective VPN at unblocking Sky Go from abroad because it does a few things really well.

1. First of all, it has over 1500 servers in the UK. This is important as it allows NordVPN to spread its customers evenly across a big network of UK IP addresses. Which reduces the chance of blacklisting in the first place. 2. Next, it plays Cat and Mouse with Sky Go and other TV streaming sites. When one of its IP addresses it blacklisted, it shuts that IP down and creates a new one. 3. NordVPN employs dedicated technical and Live Chat support teams. These two services are available 24/7 and work in tandem to help its customers connect to their service(s) of choice.

If you’re looking for a fast, easy and affordable VPN to unlock Sky Go and UK TV. NordVPN is an excellent choice.

Yes and No. It works from inside the EU (for now). But won’t work in any other country.

If you’re a Sky subscriber in the UK, you can only watch Sky TV when you’re in the UK or EU. This is because of international copyright and licensing laws.

This can be maddening for users. Especially when you consider the high price Sky charges for its TV packages. Rival services such as Netflix and Amazon Instant Video let users access local libraries no matter where they are in the world. If, for example, a UK Netflix subscriber goes on holiday to America, they’ll be served the US Netflix library.

Sky is different. Annoyingly. The only option users have – if they want to watch Sky Go while overseas – is to buy a VPN and use it to location spoof to a UK IP address. Read the sections above to find out how to do this.

Read next: How to watch 3 pm Premier League matches online

How to watch YouTube TV abroad (outside the US)