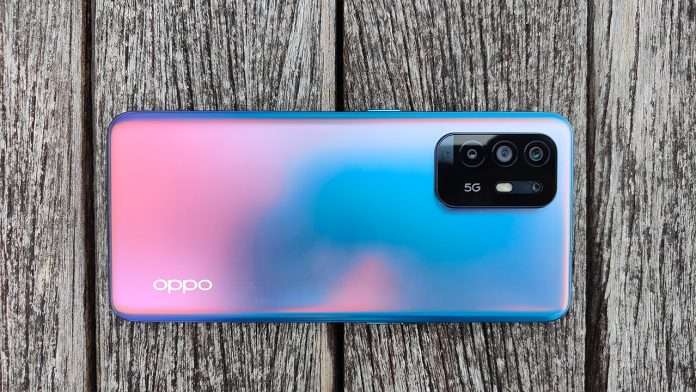 Mid-range phones are becoming more and more popular. As the prices of flagship phones skyrocket to around the NZD$2,000 mark, people are looking for cheaper alternatives.

This is where Oppo’s A94 5G fits in the market. This device makes 5G connectivity affordable. It also has a good design, strong performance, and a camera array suitable for taking photos worthy of your Instagram or Facebook feed. But is it better than other mid-range phones on the market? Well, it depends on what you want your phone to do.

Samsung’s Galaxy A52 is the same price as Oppo’s A94 5G. It features a better display and a slightly better camera array. But it has worse performance and it isn’t 5G ready.

This weight comes with its downsides, though. The A94 has a plastic back that doesn’t feel anywhere near as sturdy as more premium devices made with metal materials.

The A94 comes in two colours, Cosmo Blue and Fluid Black. For our review device, we had the Cosmo Blue design, and it looks good. The phone’s back creates an oil slick effect where the blue looks purple at certain angles – I liked the change from more mundane colours.

The punch-hole camera is unobtrusive, and the display does have noticeable bezels on the edges, but that’s to be expected with a mid-range phone.

The A94’s camera bump is a design weak point. It looks like it’s stuck on the back with some adhesive. It sticks out. But not in a good way. The A94 doesn’t have a sleek one-piece design like the Samsung Galaxy A52, which is a shame because it would’ve looked great with the Cosmo Blue colour scheme.

Strangely the A94 isn’t waterproof. It doesn’t have an IP rating. While it’s not a significant drawback, it’s still a drawback, especially when it’s main rival, the Samsung A52, has an IP67 rating.

If you’ve used a phone with a higher refresh rate, going back to 60hz feels sluggish and slow. Watching high-quality videos on the A94 is fine; however, scrolling, especially through menus, looks and feels like a backwards step.

The screen has a maximum brightness of 800 nits which allows it to work well outside. This is standard in the industry and is to be expected.

Where the Oppo A94 has an edge over the Samsung A52 is in its performance.

Powered by the MediaTek Dimensity 800U 5G chipset, the A94 worked well with high-end games like PUBG. And it’s more than powerful enough for scrolling through social media apps and watching videos.

The A94 comes with a respectable 8GB of RAM, 2GBs more than the Samsung A52, and it’s great. Having multiple apps open at the same time didn’t cause any stuttering or slowdowns.

The A94 is more than capable of producing social media-worthy photos. However, the Samsung A52’s array is slightly better, featuring a 64MP primary camera, a 12MP ultrawide, a 5MP macro and a 5MP depth sensor.

The pictures taken by the A94 look a little oversaturated, and they lacked detail compared to the A52.

With that said, more megapixels on a camera doesn’t always correlate to better photos. Sure, a higher megapixel camera can take in more information; however, it’s only apparent when printing out images on a larger scale. How often do we print out photos taken with our phones? For me, never.

There isn’t much between the two phones when it comes to taking pictures.

The A94 5G comes with a 4310mAh battery. It’s enough to get you through a full day of heavy usage and two days of light use. It’s standard for a mid-range phone.

Oppo has included a 30W VOOC flash charger in the box that bucks the “no charger” trend that Samsung and Apple have started. And in this regard, Oppo delivers.

Oppo has the best, most powerful chargers on the market. Charging the A94 5G for 5-minutes will give you 3 hours of phone calling time. It’s great.

Oppo’s A94 5G is a good mid-range phone. It will allow you to do everything you want with your device, just without all the bells and whistles of a flagship phone. The issue here is the same goes for Samsung’s Galaxy A52.

The A94 5G has better performance than the Samsung device and is 5G capable. However, 5G is a bit redundant in NZ at the moment. The A52 has a better display, slightly better cameras and it’s a more premium-looking device. It’s a better mid-range phone. 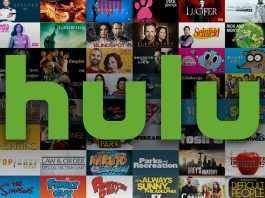 How to watch Hulu in NZ: The EASY way! (Updated October... 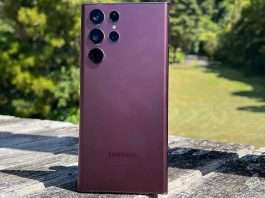 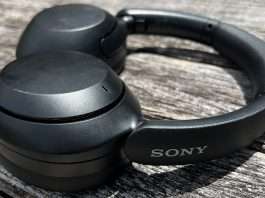