Norton Security 7.5 is one of a handful of Mac AV apps that posted a perfect 100% detection score during testing. Detected all 514 malware samples the test threw at it.

Tests were performed on an iMac running Sierra 10.12.6. During testing, we left internal MacOS protection running.

Norton Security also scored well in the system load test. Adding just one second to the base test speed. This is the best score measured in the 2018 Mac Antivirus test. Kaspersky Lab Internet Security for Mac is Norton’s closest rival, posting an equal score in malware detection while only added 1.5% to a Mac’s system load.

Some previous Mac Antivirus programs added an unacceptable load to system performance. To test the load of modern Mac AVs testers copied a combination of files measuring 27.28 GB to the Macs. A true performance time (203 seconds) was recorded without any Mac Antivirus software running. The test was then repeated with each Mac Antivirus package. Norton Security for Mac posted an impressive system load time of 204 seconds. 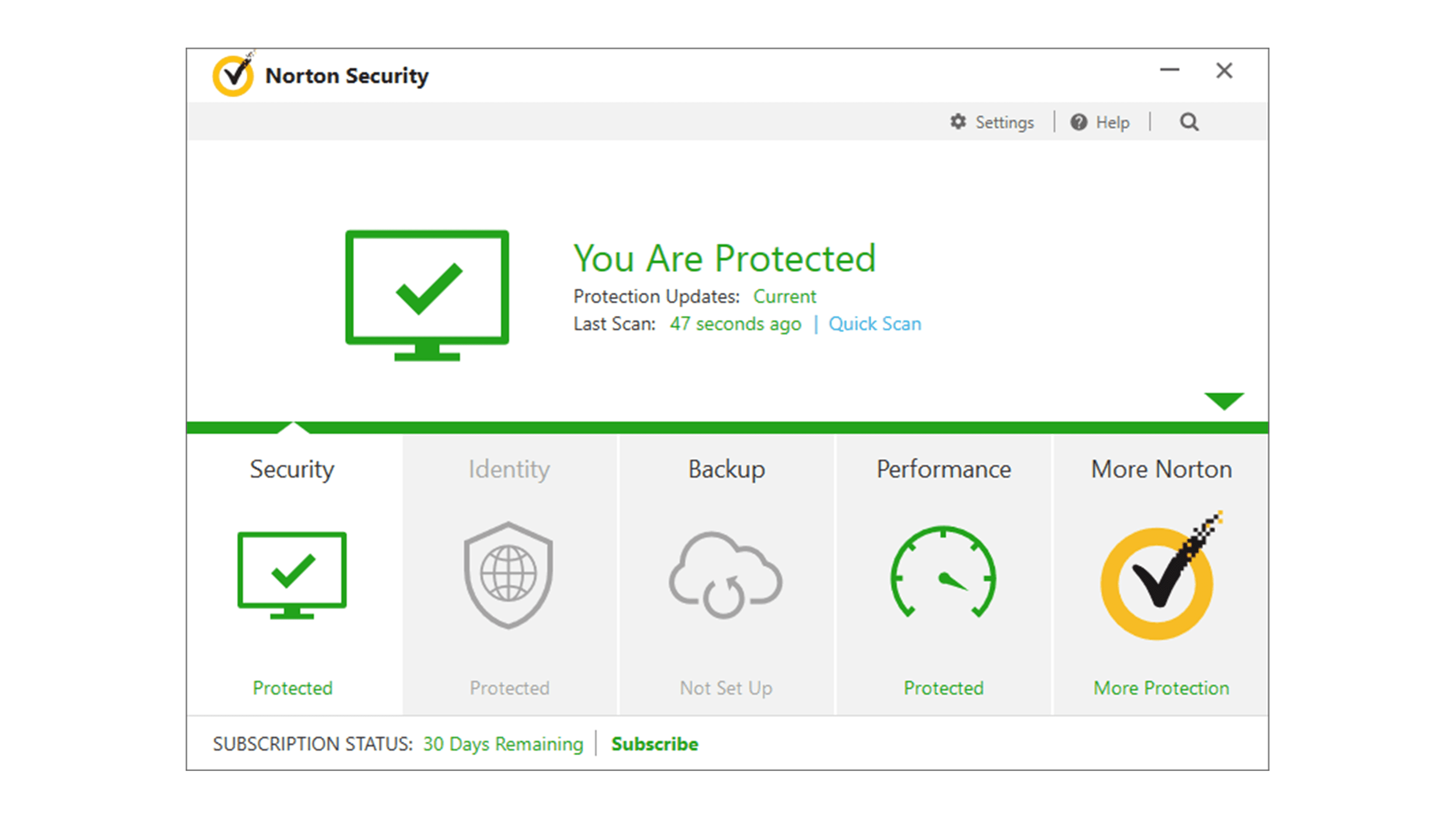 Norton detected over 98% of the potentially unwanted applications it was subjected to. This score is on a par with all 8 of its competitors.

PUAs (Potentially Unwanted Applications) are not technically harmful programs. However, users may not want them on their Macs due to excessive levels of advertising, messaging or dubious privacy policies.

The False Positives test was another perfect result for Norton. During testing, it successfully identified 100% of the harmful applications while allowing all safe applications through.

The aim of this test is to ensure AV software doesn’t incorrectly identify clean files as malware. During the test security packages has to test hundreds of clean program files and also monitor the installation of 35+ applications. 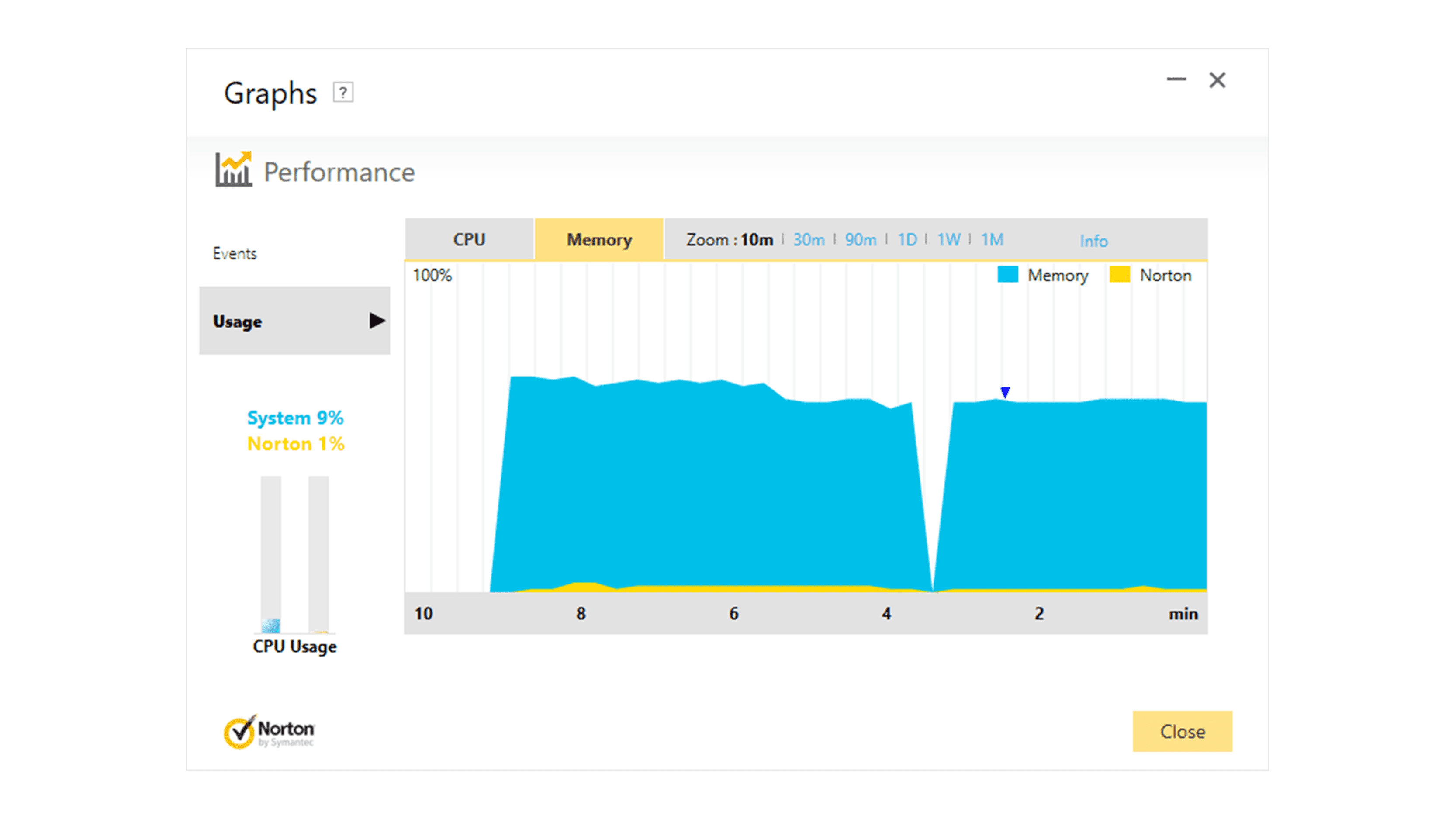 Symantec’s Norton Security for Mac has numerous pricing options available. It’s a confusing pricing structure though. Offering heavy discounts for users who sign up for one year while charging more for consumers who are willing to commit to two years.

The cheapest way to get Norton Security on your mac is to opt for the £24.99 Standard one-year licence. If you take advantage of the 50% off introductory offer, you will have to pay £49.99 to renew for a second year with Norton. Bizarrely, if you commit to two-years right away you’ll be charged £69.99 (-30%). A saving of only £4.99. If you only want a single Norton Security licence. We suggest taking advantage of the -50% introductory offer and then reassess your options in 12-months time. Norton Security for Mac’s is not guaranteed to retain the number one spot in next year’s test.

The Deluxe tier is a good option for users looking to protect a range of devices. £29.99 gets you five licences to install Norton Security on Macs, PC and iOS or Android mobile devices. Again, the renewal price increases aggressively to £69.99 for the second year. Bringing the total price over two-years to £99.98. Buying a two-year Deluxe package upfront for £89.99 will save you £9.99 over the 24 months. As above, we suggest only buying the introductory offer for now. Norton’s performance in 2019 isn’t known yet and rivals (that offer similar levels of Mac protection) are likely to offer similar discounts to new customers.

The Premium tier is a lot more competitive with its pricing. If you have multiple devices – PCs, iPhones, iPads, Android smartphone or tablets – you want to protect also, this is an attractive offer. £39.99 buys you a year’s protection for up to 10 devices with Norton Security software. The second-year price of £79.99 is large increase though. Buying a two-year licence upfront for £99.99 will save you £20.

Also included with the Premium package:

If you want the Best protection for your Mac you can’t do better then Norton’s Security suite. It posted in a perfect score in malware detection tests. Its load on system performance was roughly 0.5%. It also returned a 100% score in the false positives test, while detecting over 98% of the PUAs it was subjected too. If you can find a price point that’s right for you, Norton is a great choice for protecting your Mac.