IPVanish not working with Netflix? There’s a simple reason for this. IPVanish VPN no longer supports US Netflix as a feature of its VPN server. In this article, we’ll explain why this is, and also, which VPNs still work with US Netflix.

The fix is pretty simple. You need to use a different VPN. Which is annoying if, like me, you bought a two-year subscription to IPVanish specifically to watch US Netflix.

Why doesn’t IPVanish work with US Netflix?

IPVanish stopped supporting US Netflix as a feature towards the end of last year. The reason? It wasn’t prepared to continue its game of Cat and Mouse – where VPNs create new IPs when old ones get blacklisted – with Netflix.

Why does Netflix blacklist VPNs?

Netflix is a global online streaming service. However, as you know, its libraries a localised on a country-by-country basis. The US Netflix library is the most comprehensive because it has the most customers there, which allows it to be more competitive when negotiating over content licesnses.

Compare this with the UK, for example, where Netflix has fewer subscribers. Few UK-paying customers mean Netflix has less money to bid for content with. Which makes bidding for the broadcast rights of a film or TV show harder. It’s as simple as that.

This is why Netflix has to blacklist cheap VPNs. If it doesn’t, customers from all over the world can watch the US Library via cheap VPN. Which creates the potential for right holders to demand Netflix starts paying for global licenses.

Is IPVanish working on a fix?

However, we contacted IPVanish back in December 2017, and again in January this year, to find out what it’s plans were. The official response we got was “our team is working on the issue, it is our highest priority”. Yet the problem still persists.

So, it’s fair to assume IPVanish will not be fixing the issue anytime soon. 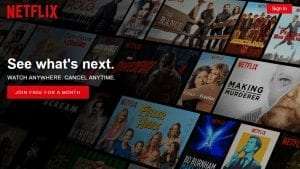 The technology behind the block is pretty simple. VPNs share a limited number servers with thousands of users. This is a problem because each VPN server connects to the internet via a single IP address, which means Netflix experiences (potentially) thousands of account logins all coming from the same IP.

When Netflix detects an abnormal amount of activity from the same IP address, it blocks it. And anyone trying to watch Netflix using the VPN server will see Netlfix’s proxy error message.

Take a look at our Netflix Detecting VPN? Here’s how to fix that! article for a more in-depth explanation.

Netflix detecting IPVanish? Here’s how to FIX that!

The only way to guarantee to bypass the Netflix proxy ban is to use a VPN that stays one step ahead of Netflix.

Thankfully, there are still a handful of VPNs that still work with Netflix. These VPNs are continuing the good fight, and are winning the game of Cat and Mouse with Netflix. Their tactics are simple and they’re vigilant with their connections. As soon as one blacklisted IP address is detected a member of its 24/7 technical team start work on a fix asap. This, combined with hundreds of servers in the US, and intelligent software that prevents server overcrowding, keeps the two VPNs below ahead of the curve.

NordVPN is an established VPN provider that has been wrestling with Netflix since it started to block location spoofing in 2016. The way NordVPN beats the proxy ban is to engage in a full-time game of Cat and Mouse with Netflix. When one of its servers is blacklisted, it opens a new one.

NordVPN will even let you check which servers are currently working with Netflix via a chatbot on its website. Navigate to Support and then select the ‘How to securely watch Netflix with NordVPN’ option. You’ll then be presented with a long list of US servers you can connect to. Easy.

There’s a full-time technical team that monitors NordVPN’s connections with US Netflix. If there’s ever a problem, the technical team will work on creating a fix as soon as possible. We also like Nord’s 24/7 Live Chat support, which can be found via the website. Here you can chat with a support agent within seconds if you ever need help.

I’ve been using NordVPN ($2.75/month) since March and haven’t experienced any problems

This is another great choice. ExpressVPN lets its users watch US Netflix in the same way NordVPN does. Whenever one of its servers is blocked by Netflix, it opens a new one. The only difference is that you’ll have to talk to a real person via the 24/7 Live Chat service on its website.

This isn’t really an issue though. All the agents are all happy to assist you and will help you find a server that’s working with US Netflix again in a couple of minutes. 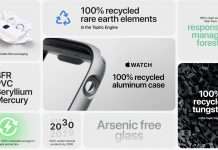 How does the Apple Watch Series 6 measure blood oxygen levels?

Sony “Let’s be honest: PS5 preorders could have been a lot smoother”