Things started off pretty well for Intego Mac Internet Security X9. It detected 99.4% of the malware it was exposed to during tests. Sadly, it goes downhill rapidly from here.

The effect Intego Mac Internet Security X9 had on the system load was the highest recorded in this group test. Adding 35 seconds to the clean mac’s time of 127 seconds – when copying 27,28 GB of files. This represents a 21% load to the system. 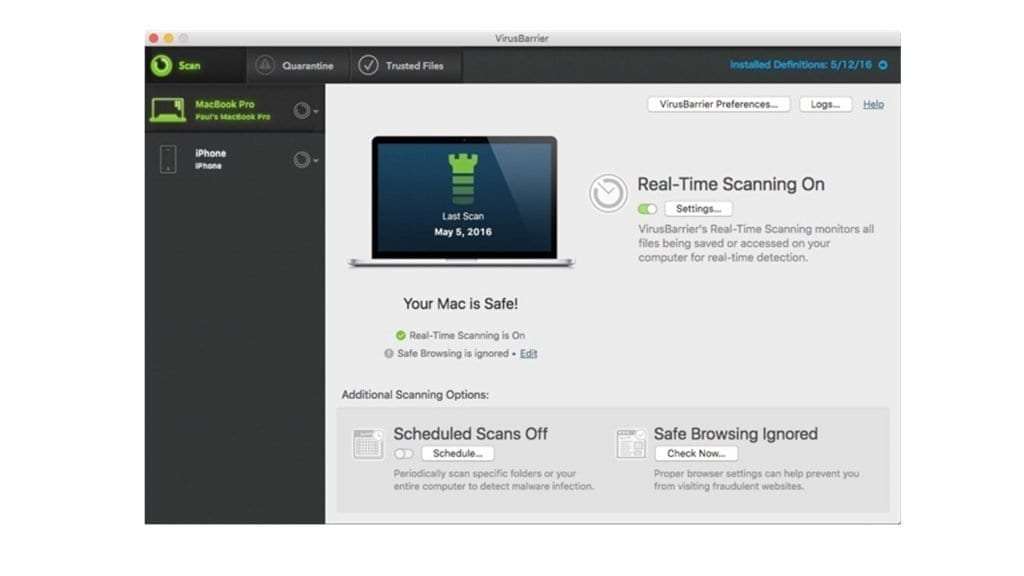 Intego Mac Internet Security X9 returned to returned to form in the next two tests. The first is designed to see how well an AV deals with Potentially Unwanted Apps (PUAs). These are programs and applications that aren’t technically harmful but are definitely unwanted. Programs that override or add extensions to your web browser are good examples of PUAs.

Happily, we can report that Intego matched its rivals in this test. Identifying over 98% of the 700 PUAs it was exposed to. The software aced the final test too – it didn’t highlight any False Positives.

Intego Mac Internet Security X9 is competitively priced. The cheapest option available to users is the one-device and one-year license for $39.99 (£29.60). This is a few dollars/pounds more expensive than its Mac antivirus rivals.

This Mac antivirus package is so close to getting it right. The price is good. It detected 99.4% of threats. Posted an equal best score when detecting PUAs. And added no extra time to the download speed test. However, it’s 21% drag on performance is unforgivable.