Bet365 has started detecting and blocking connections coming via VPNs. The way it does this is a little complicated (I’ll explain below). But the top-line thing you need to know is: if Bet365 is not working with your VPN, the workaround is pretty simple. All you need is the right VPN, and you’ll be back in business.

Bet365 blocks IP addresses. Not VPNs. If you can’t connect to Bet365 via your VPN, it’s because your VPN server’s IP addresses has been blacklisted. The best way around this is to use a good VPN that regularly refreshes its servers IP addresses.

How does Bet365 block VPNs?

If you’re using a low-end VPN there are three main ways Bet365, or any website, can detect if you’re connecting from a VPN.

1. Online streaming services check for IP, DNS and WebRTC leaks. This is a basic test that good VPNs such as ExpressVPN, Ivacy and NordVPN don’t fail. However, if you’re using a cheap VPN there’s a chance your connection might not be fully watertight. Making it insecure. And detectable.

2. GeoIP databases, such as MaxMind, also verify the IP address you’re connecting from. If your VPN is using an IP address that’s on one of these lists you won’t be able to watch Now TV.

3. Bet365 also performs its own IP checks. If Bet365 detects an abnormal number of simultaneous connections, or internet traffic, coming from the same IP it will blacklist that address too.

Why does Bet365 block VPNs?

There are two main reasons Bet365 blocks VPNs. Firstly, different territories have different laws and licenses regarding gambling. New York, for example, has totally different State laws than Nevada. Similarly, Australia has gambling laws that are different from the UK.

The other reason, and probably the most significant reason, is because Bet365 allows its customers to watch live streams of some sporting events. And just like traditional sports broadcasters, Bet365 has had to pay for the rights to do this.

Live sport, as we all know, is a multi-billion dollar industry. Therefore, Sports broadcasters, including Bet365, have to show they are protecting their streams’ boarders. Which means they have to have sufficient VPN blocks in place.

Bet365’s not working with VPN? Here’s how to fix that!

The good news is that the workaround for this is really simple. VPNs that don’t suffer WebRTC leaks are impossible to trace. Meaning Bet365, and other websites that block VPNs, only actually blocking specific IP addresses – not the VPNs.

Therefore, all you need to beat the “Bet365 VPN block” is, ironically, a better VPN.

It’s as simple as that. ExpressVPN is the best VPN on the market at doing this.

ExpressVPN ($6.66/month) regularly tops VPN comparison charts. The reason? It’s a quality platform that believes in providing its customers with the best service. It’s noticeably more expensive than its rivals, but what you’re getting for your money is less-crowded servers in locations that matter.

ExpressVPN is the best VPN for unblocking Bet365. 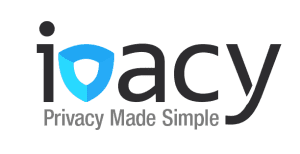 This VPN has all the features you need to connect to Bet365, in HD, from any country in the world. I’ve been testing the app recently on Mac, PC, Android, iOS and FireStick and the results have been impressive – unlocking Bet365with ease. 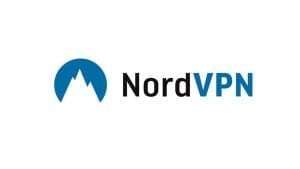 NordVPN is a great VPN for unlocking Bet365, with the added bonus of also unlocking streaming video sites from other regions. It’s fast, secure, and has a really high % of uptime. It also has a dedicated technical team that monitors its connections to popular streaming services 24/7 – Netflix, Amazon, BBC iPlayer etc.

Nord also offers excellent Live Chat support via its website. If you’re having difficulty connecting to Bet365, just hop on a live chat and you’ll be assisted by a helpful technician in seconds. NordVPN consistently provides the most reliable connection to Bet365. It’s also one of the cheapest VPNs too. And has a huge amount of US servers. 1,827 at the last count. 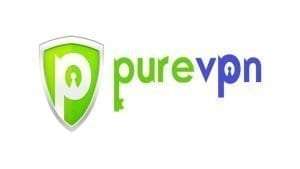 PureVPN is a provider that’s rising through the VPN ranks. It’s a service that focuses on ease-of-use for the customer. Using the desktop of mobile apps, for example, you can connect to a server based on what you intend to use it for – rather than blindly picking a server by country.

From our real-world tests, we haven’t found PureVPN to be as reliable as NordVPN and ExpressVPN at providing working connections to Bet365. However, what does makes PureVPN a good choice is the dedicated IP feature it offers for an extra $1.99/month. With this add-on, you can own exclusive access to an IP address (internet connection) in a country of your choice. This means it’ll never get blocked or blacklisted for abnormal usages (like other VPN IPs).

Click here to get dedicated IP from PureVPN (£3.62/month).

Read next: Sky Go not working with VPN? Here’s how to fix that!