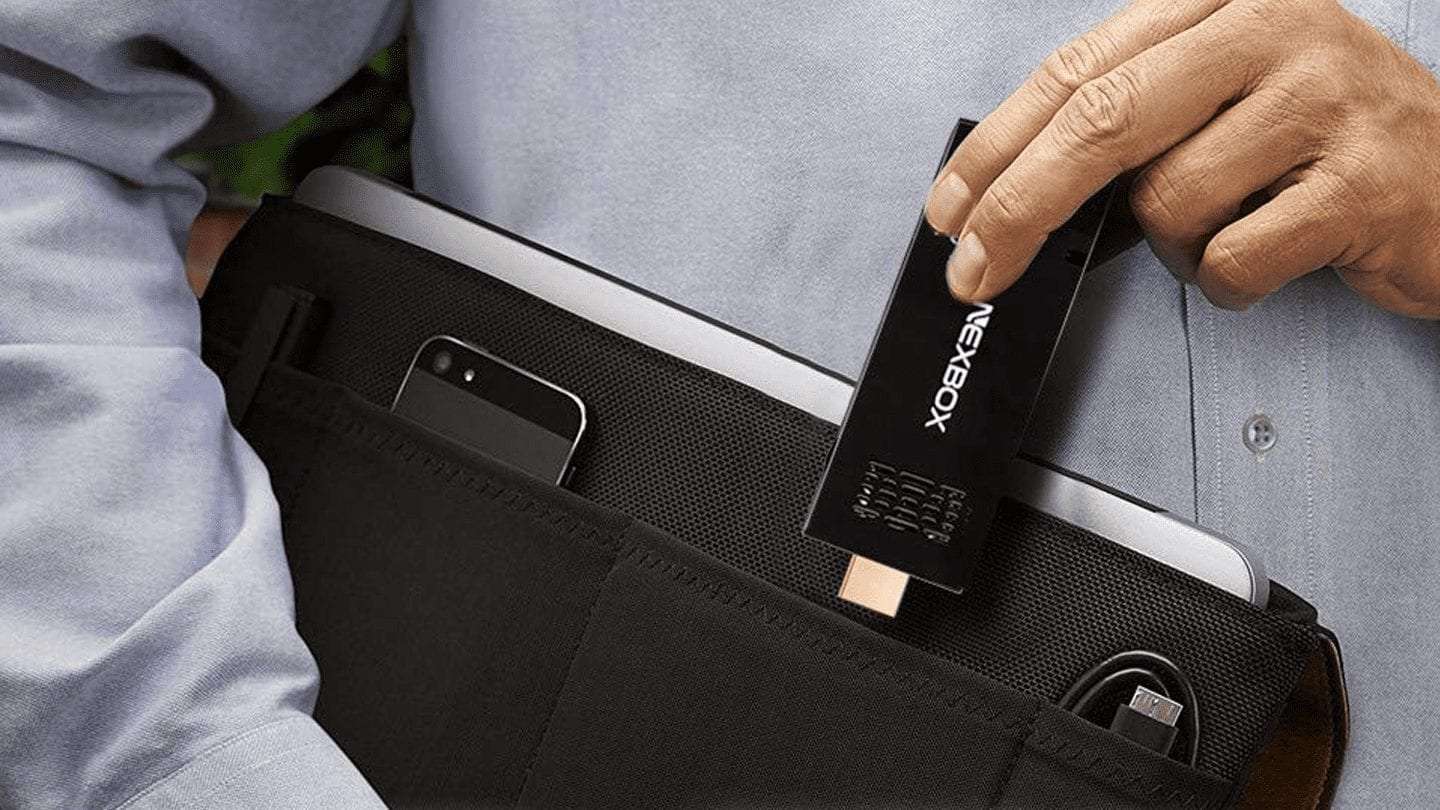 If you don’t want to spend hundreds of pounds on a standalone laptop for video streaming, a cheap stick PC is a tempting, sensible alternative. But with so many different computing brands battling for your attention (and your money), shopping for the best cheap stick PCs can be a daunting task.

Our handy guide runs through some of the best PC sticks you can buy on Amazon. All of our top picks are suitable for buyers on a budget – you don’t have to spend big to transform your plain old TV into a PC monitor. Catch the details below.

The best cheap stick PCs at a glance

What is a stick PC?

A stick PC is a USB stick that acts as a plug-in computer. Connecting a stick PC to a screen will transform it into a PC monitor that you can run Microsoft Windows through. As the PC stick houses all the technology needed to run Windows, you can unplug it when you’re done and chuck it into your bag.

These clever gadgets offer all the performance of a PC in a portable body. To get started, you just plug the stick into the HDMI port of a monitor. While cheap stick PCs can store your personal files like a regular USB stick would, they’re also powerful enough to run apps designed for PCs. It’s this flexibility makes them popular with film fans looking for a portable, video-streaming accessory.

If you’re planning on buying a PC stick, you may also want to bundle that with a wireless keyboard and wireless mouse. That way, you’ll be able to plug the stick PC into a monitor, sit on the sofa and play with the big screen from a distance.

You could think of a stick PC as a cheaper alternative to a smart TV. While smart TVs are locked to a specific ecosystem, stick PCs are more versatile. For example, installing third-party apps on a smart TV can be a pain – it’s a fiddly process and the list of compatible apps is limited. But on a stick PC, you have far more freedom to run whatever apps you’d normally use on your PC or laptop.

The plug-and-play nature of stick PCs make them perfect for travelling with. Not only are they portable (and therefore hardly take up any space in your luggage), but you don’t need any other components to get them running. Plug your cheap stick PC into a projector or TV and you’re ready to go.

Laptops can be a pain to transport abroad and so a stick PC could be a great investment. They’re far cheaper than laptops, too, so if you accidentally misplace your stick PC your wallet won’t take as much of a hit.

How much does a stick PC cost?

Like a regular computer, the price of a stick PC is determined by the specs. Stick PCs with more storage space and speedier processors will obviously cost more money than smaller, slower alternatives.

Most stick PCs on Amazon are on sale for under £200. At that price point, you’ll spot brands including Asus, Intel and iOTA.

Stream movies with a stick PC

To get started, hook the stick PC up to a screen via the HDMI port. You’ll then need to make sure you have power going into the stick PC, so plug it into the wall or into a USB port on the back of the screen you’re using.

Once it’s turned on for the first time, the stick PC will run you through the setup to get the OS configured. You’ll be familiar with the process if you’ve ever booted up a laptop fresh from the factory.

With that sorted, you can install the video streaming apps that you use the most if they’re not already there. You also have the option to play your own media that you’ve transferred across to the device using a computer.

If you’re looking to stream video content through a PC stick, you may also want to invest in a VPN to keep you anonymous while you’re online. Get clued up with our handy VPN guides covering popular streaming websites:

We don’t condone streaming illegal content online that’s protected by copyright laws. Make sure you play it safe and access content that doesn’t break these rules.

Below, we’ve got more details on popular cheap PC sticks that cost less than £150. If it’s an affordable PC stick you’re after, find out more on our five recommended products.

Intel currently has the following Compute Sticks listed on its own website:

If you’re looking for some variety and don’t mind considering other stick PC brands, see our list of recommended models below.

The best cheap stick PCs under £150

This pocket-sized stick PC will turn your regular display into a Windows 10 machine. It comes with 128GB of internal storage and lets you browse the web, game and watch movies on the go.

The iOTA Go Mini runs off an Intel Atom processor. This quad-core chip will see the iOTA boot up nice and fast, and you’ll be able to explore image-heavy websites without dealing with lag. In the box, you’ll get the iOTA Go Mini stick, a UK adapter and a manual.

The list of supported apps on this cheap PC stick includes Amazon Prime, Netflix and YouTube. While it won’t be as powerful as a standalone PC, the iOTA Go Mini is still a great work companion. You can chuck all your important files onto it and use it to run Microsoft PowerPoint presentations. According to its makers, this iOTA stick PC offers “easy access to all of Microsoft’s programmes to maximise your productivity”.

Although the iOTA Go Mini comes with 32GB of storage space out of the box, a MicroSD card slot lets you expand capacity by 128GB if you need to. That leaves plenty of space for your photos, videos and trusty Windows apps.

Intel’s Compute Stick runs off an Atom X5-Z8300 processor. It has 32GB of internal storage, which you can use to run Windows applications through any TV’s HDMI port.

With the Intel Compute Stick in your bag, you’ll be able to turn any TV into a complete computer. The Compute Stick is actually available at various price points based on the Intel processor inside. This model we’ve picked for our roundup should catch your eye if you want to keep costs low.

Despite the tiny size of this cheap stick PC, there’s still enough room for an important, built-in fan. The cooling fan sat inside the Intel Compute Stick stops the plug-in gadget from overheating, so you can stream movies from your sofa uninterrupted.

This cheap stick PC from Asus is designed to run the Google Chrome Web browser only. If you do lots of cloud-based work while you’re travelling, this could be a good fit.

The Asus Chromebit runs off 16GB of internal storage. You’ll never run out of space if you’re constantly saving your work to online storage services through the Google Chrome browser. This is actually one of the smallest Chrome OS devices in the world.

You’ll be able to access popular movie-streaming websites through the Chrome browser including BBC iPlayer and Netflix. If you have a VPN, you’ll be able to bypass restrictions that would usually see a website blocked based on your location.

If you want to plug this cheap stick PC into the back of a wall-mounted TV, you might struggle without some help. Luckily, this model comes with an extension cable and a bendable Flex Connect HDMI connector. There are also sticky loop fasteners in the box to help you hide the stick PC behind a monitor.

If you want a stick PC that can be shared between family members, the Asus Chromebit will get the job done. You can manage different users easily, with everybody’s data being stored separately and securely.

Here’s another stick PC under £100 to add to your shortlist. The Caroki Mini PC is powered by an Intel Atom X5-Z8350 quad-core processor. It comes with Windows 10 pre-installed and treats you to nippy web browsing on the move.

You have 32GB at your disposal out of the box, but if you invest in a Micro SD card you can expand up to 128GB.

Unlike the Intel Compute Stick, this stick PC doesn’t feature a built-in cooling fan. But even so, Caroki claims that a “passive cooling design [keeps the stick PC] from overheating and makes it low-noise”.

The portable design means you can have a PC in your pocket, whether you’re streaming Netflix from your hotel room or transferring files at the office.

ACEPC is a stick PC maker that specialises in selling reliable stick PCs at affordable prices.

This model has 32GB of internal storage, paired with an Intel Atom Cherry Trail Quad-core X5-Z8350 chip. It’s powerful enough for running a couple of different Windows apps at once.

There’s no fan to cool this stick PC, but we’re told it’s still “very silent” with low power consumption. This mini plug-in computer is ideal for online streaming, surfing the web and word processing. You can also use it to check your emails if your smartphone is in another room.

Adding more storage space is a breeze as this PC stick supports expandable storage up to 128GB. You can also connect the stick to an external hard drive with the USB ports.

In the box for this Windows 10 stick PC, you also get one HDMI cable and a UK power adapter.

Read next: Best VPNs for WatchCartoonsOnline