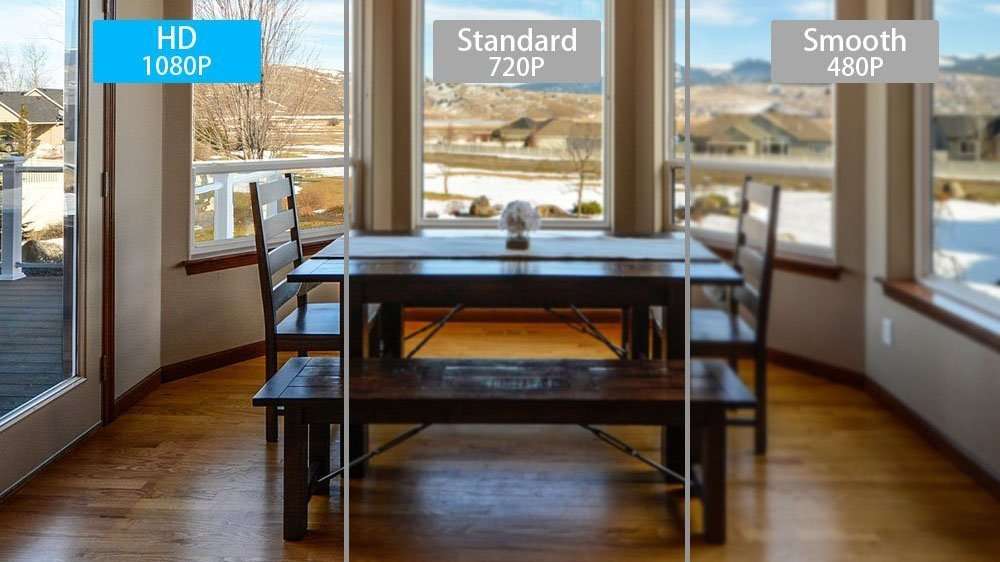 Whatever your reason for wanting a hidden camera (it’s not our business), this article has you covered. Below you’ll find a list of the Best Spy Cameras you can buy in the UK right now.

We’ve also attached some buying advice too. We suggest you spend a couple of minutes familiarising yourself with any unfamiliar jargon or features so you can make the right buying decision.

The first decision you’re going to have to make is whether you need your spy camera to be wired or wireless. Both come with their pros and cons.

Wired Spy Cameras – Wired cameras are often disguised in standard household objects such as clocks. The benefit wired spy cameras bring is their always-on functionality as you don’t have to worry about battery life running out.

The downside to wired spy cameras is that they are room-specific. Putting alarm clock spy camera in the living room, for example, isn’t very subtle.

Wireless – These cameras are often a lot smaller. They are usually hidden in a pen or are small enough to rest on top of a picture frame without catching the attention of the unsuspecting eye. Their portability makes them a great choice for a scenario where you need to move your hidden camera from room to room.

The problem with wireless hidden cameras is that they rely on the battery for power, so won’t be able to work for long periods of time.

The next specification you need to look for is the resolution of the spy camera you’re about to buy. Small cameras have come a long way in recent years – this is largely due to the high demand for HD cameras in smartphones. The knock-on effect this has had means camera components are relatively cheap. For that reason, we suggest looking for Spy camera with a resolution of at least 720p. Any less than this and you’ll struggle to see what you’re recording with any clarity.

There are two main methods of storage for Spy cameras. Onboard storage or cloud storage (using Wi-Fi).

If you’re going to be checking your footage daily, then you can buy a hidden camera with onboard storage. Just make sure you check how many recording hours you can expert for GB of storage before you buy.

For those who want to use their spy cameras for longer periods, and/or check their footage remotely, cloud storage is the way to go. Proving your spy camera comes with adequate software, cloud storage gives you the ability to record an unlimited amount of footage with your hidden camera.

Motion detection is a non-negotiable feature. Buying a spy camera with motion detection means your devices will only start recording with something moves in front of it.

The last thing you need to consider is the lens. If you’re working in a tight space, but want your hidden camera to record most of the room, you’re going to need a wide-angle lens. If this scenario applies to you, we suggest looking for a spy camera with at least a 120-degree lens. 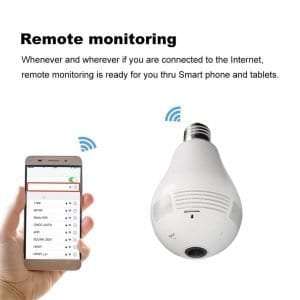 This is a very subtle way to hide a camera in your house. You just screw it into your existing light socket and you have all-day power – it even works as a normal light. The fish-eye lens gives you a panoramic 360-degree view of your room too, so you’re not going to miss a thing. There’s even a night mode that lets you record in darkness using an infrared light. Footage is stored via the dedicated iOS/Android app or by inserting a MicroSD card (up to 128GB). The lightbulb has motion detection which triggers automatic recording too. 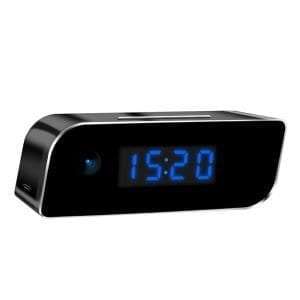 The UNAMOR is a well-disguised spy camera that’s versatile too. It puts you in control of its 1080p hidden camera. Whether you want to; turn down the resolution (to record for longer), save your video in the cloud or on a MicroSD card, or even have the device plugged into the wall or running off a battery. You’re in control.

This spy camera comes with app support for Android and iOS and can send notifications straight to your phone once motion is detected. You can also use the app to watch a live stream of your camera feed. The app allows users 1.2-hours of free recording, after that, you’ll need to pay for more cloud storage – which is standard practice. 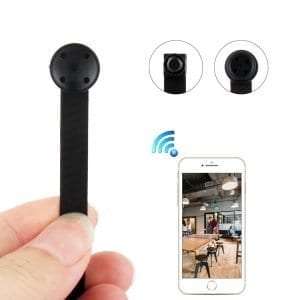 PANNOVO offers a more subtle solution with its 720p Spy Camera. This device is small and portable enough to be worn as part of your clothing or left in your house tucked behind an ornament. It comes with a built-in 2500 mAh lithium battery, that gives you the potential to record over 6.5-hours of video. The camera stores its footage on a TF Card (not included) up to 128GB). The device works with Wi-Fi and footage can be accessed via your smartphone. 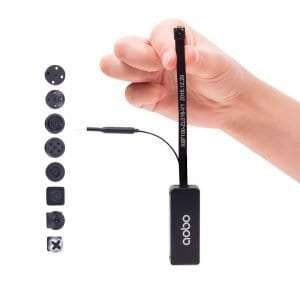 What’s unique about this spy camera is the 8 different lens covers it comes with. This is designed to do help you disguise your camera and also use the best wide-angle lens for the task at hand. The AOBO comes with a built-in battery that lasts for 80 mins per charge. You can save your footage via the free Android/iOS smartphone app or by inserting a MicroSD card (up to 64GB). Recording to MicroSD Card is supported by a feature called Loop Recording. This means if you run out of space, the camera can record over older footage rather than stop recording. 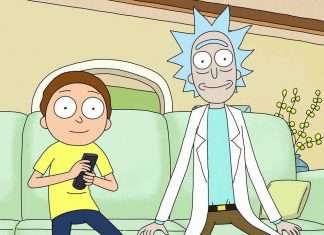 How to watch Rick and Morty on Netflix: The EASY way!...

Patch Bowen - August 18, 2022
If you're trying to watch Rick and Morty on Netflix, you may have noticed that the show isn't available on your Netflix library. This is...

VPN not working with DraftKings? Try these EASY fixes! (August 2022)