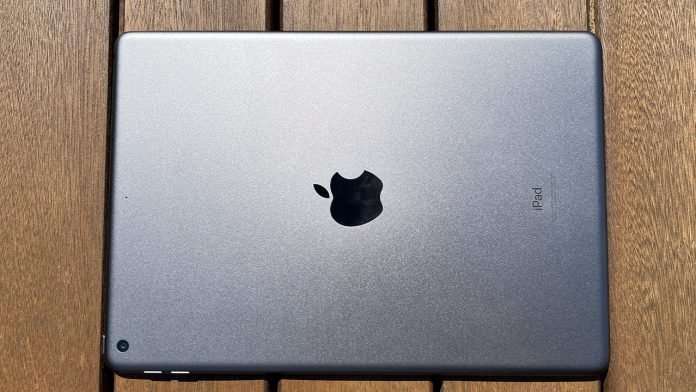 The newest generation of the Apple iPad is very familiar. Not much has changed in regards to its look or feel. However, the changes that Apple has introduced are welcome.

With larger base storage options, True Tone support, increased performance – thanks to the A13 Bionic chip – and a 12MP front-facing camera, the 9th generation iPad is the best tablet in its price range.

Apple hasn’t made any changes to the design of the 9th generation iPad. It’s exactly the same as the 7th and 8th generation devices – meaning accessories such as keyboards, cases and (first-gen) Apple Pencils are still compatible.

The thick bezels around the outside of the screen are starting to look a bit dated, especially when compared to the thin bezels and edge-to-edge displays now common on the rest of the iPad range.

The iPad comes in Silver and Space Grey. The Gold scheme available with the previous iPad is no longer an option.

True Tone automatically adjusts the brightness and colour temperature of the display, to suit the environment you’re in. This makes it easier on the eyes, and like it does on all Apple devices, it works well – whether you’re in bright rooms or in complete darkness, without feeling the screen was too bright or too dim.

The sRGB support allows the iPad to reproduce more accurate colours on its display and this is a nice improvement.

The screen is bright and vibrant with 500nits maximum brightness, which means you probably can use it outside in direct sunlight. Though, as always, you’ll need to be careful of oily fingerprints and the exact angle of the sun, as this affects the outdoor performance the most.

The 9th gen iPad has an A13 Bionic chip inside. That’s an upgrade from the previous iPad’s A12, but still two iterations behind the latest iPhone 13 range which all boast A15 bionic chips.

For this iPad it’s fine. This is the most affordable iPad in the lineup and it’s still very fast and efficient. Those who want to push their tablet to the limits will be better suited looking at an iPad Pro or Air, but for your average iPad user, the A13 Bionic chip is easily powerful enough.

Surfing the web on the iPad is seamless, switching between apps is smooth and I never had any issues with slowdowns or stuttering. For a tablet at this price, it has unmatched performance.

The biggest improvement with the 9th gen iPad is the front camera. This has been upgraded from a 1.2MP lens found in the 8th gen iPad, to a 12MP Ultra-Wide lens.

It’s a massive upgrade and it now supports 1080p video recording at 60fps. In a Covid-19 world, where people are stuck in their homes, it’s an upgrade that I appreciated as video calling is becoming more and more common.

The Ultra-Wide lens supports Apple’s Center Stage feature which adjusts the camera when using video apps. Center Stage will zoom in and out and widen the lens angle to keep you and anyone else in the shot in frame. It’s especially useful when talking to relatives over FaceTime. It’s great.

The rear camera hasn’t received any improvements. This is the same 8MP Wide camera, with f/2.4 aperture and 5x digital zoom. It can record in 1080p at 30fps and has the same 720p 120fps slow-motion option as well. This wasn’t a major concern for me as I don’t carry my iPad around to take photos, I use my phone instead. And if I needed to show a relative something on a Facetime call, I would simply physically turn the iPad around. Not a big issue.

The 9th gen iPad utilises a lightning port for charging. This feels like a missed opportunity. The other iPads in the range now have USB-C connections, but with the iPad, Apple is still sticking with the lightning port.

The iPad is slightly behind when it comes to Wi-Fi and Bluetooth connectivity as well. It doesn’t support Wi-Fi 6 so you can’t get super-fast Wi-Fi speeds and it also doesn’t support Bluetooth 5.0, instead only being compatible with Bluetooth 4.2. While you probably won’t notice any difference in Bluetooth connectivity, if you have a house set up with Wi-Fi 6, the iPad won’t be able to match the speeds your router can provide which is disappointing.

The iPad is compatible with the Apple Pencil, but only the first generation Apple Pencil. Again, this is slightly annoying as the improved Apple Pencil 2 isn’t compatible.

The iPad’s battery is good. I could get 10 hours of web surfing before needing to charge the iPad. This was with brightness set at 60%. Obviously playing games at high levels of brightness will drain the battery quicker.

The iPad charging speed isn’t quite as good but it’s fine. At 5% battery, an hours charge would get me to around 50%.

The 9th generation iPad doesn’t do much to mix up the iPad formula. It looks the same as previous iPads and has the same 2160 x 1620 resolution display.

Though there haven’t been many improvements or additions to the latest iPad, the one’s it does bring are welcome ones.

True Tone and sRGB support combine for a more natural display that can be used comfortably in any lighting, the A13 Bionic Chip increases performance, and the front-facing camera is clearer, sharper and more detailed than ever before, perfect for FaceTime calls.

There are a few missed opportunities like no Wi-Fi 6 support and not being compatible with the Apple Pencil 2 but for its price, the iPad is a very good tablet.

For $569 the 9th generation iPad will perform better than its competitors in the same price range. If you’re a 7th gen or 8th gen iPad owner, the small additions aren’t worth upgrading for and if you want to push your iPad to the limits you’ll be better suited with an iPad Air or Pro. However, if you want an affordable tablet for surfing the web, scrolling through social media or watching YouTube videos, you can’t beat the 9th generation iPad for value. 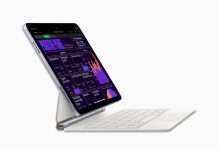