If you own a Mac and you want to keep your computer safe, you need Mac antivirus software. In this Best Mac Antivirus 2018 article, we’ll explain to you exactly why you need it and also how Macs are vulnerable to viruses and ransomware.

Do you need virus protection on a Mac?

macOS is a Unix-based OS, which is important for security reasons because it means its sandboxed. This keeps threats localised on your computer and prevents the ability to spread infections easily. However, it doesn’t completely protect Macs from viruses and Malware.

Macs are susceptible to viruses just like PCs are. The reason they don’t get as many is simple, there aren’t as many Macs in the world as there are PCs. This means the reward for creating malicious Mac malware isn’t as big. Add in the fact it’s harder to infect Macs en-masse, because they’re sandboxed, and you start to understand the economics behind why Macs are generally safer than PCs.

But Macs do get infected by malware. One of the most famous infections to strike Macs in recent years is the KeRanger Trojan. While it wasn’t the biggest of attacks, the simplicity of how the software was installed on to Macs is alarming. Hackers gained access to legitimate websites and replaced downloadable DMG files, with infected files. This meant users downloaded, installed and gave computer permissions to what they thought was a trusted program.

Intego was a single percent away from recording a perfect score in the latest Mac AV group test. Protection, Download Performance, and (False Positives) Usability were all 100%. The program only added a single percentage of lag when scanning copied files from a local network.

Quick verdict: This is the best Mac Antivirus Software you can buy in 2018. It’s secure, fast and easy to use. 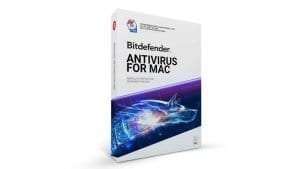 Bitdefender has regularly topped the Best Mac Antivirus group tests over the past several years. And this year it was another close-run contest – losing out to Intego by a single percentage point. The difference? Bitdefender was 1% slower at downloading “Frequently-used applications”.

Quick verdict: The difference between Bitdefender and Intego will be impossible for a real-world user to notice. We recommend buying both. 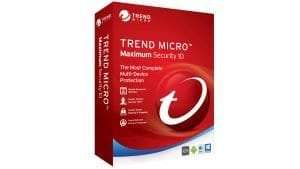 It was a near-perfect score for Trend Micro during the latest round of testing. Capturing 100% of the 507 malicious files thrown at it. It scored really well in the performance department too – impacting the overall speed of the machine by a single percent, while only slowing by 3% during the file transfer test. Impressively, the software did not register a single false positive during the entire test phase.

Quick verdict: If you’re looking for an easy-to-use Mac antivirus package, Trend Micro Antivirus 8.0 is the software we currently recommend. It adds minimal load to your Mac while providing industry-leading protection. 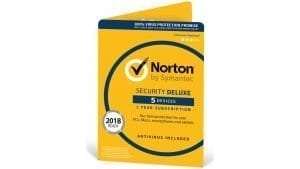 The difference between first and fourth place in the latest Mac AV test is negligible. Norton scored a perfect 100% in threat detection, However, it added a 5% impact to the system performance. The software faired a lot better during the file transfer speed test, adding only 1% to the base time. Norton Security returned to form during the false positives test, scoring a clean sheet.

Quick verdict: Norton Security is an excellent choice. Its protection score is the best of any AV software tested this year. However, for some, the 5% impact on system load is too big a price to pay.

Kaspersky is still a great choice here. It scores are nearly perfect in every department. The outlier is its speed score during file transfer tests – where the software negatively impacted scores by 19%. This is a feature that can be feasibly excused by real-world users – as copy files across a network won’t be a common or priority requirement for the majority of Mac users.

Quick verdict: If transferring files over a local network isn’t a priority for your Mac, Kaspersky represent an excellent choice for Mac AV. It’s protection and regular performance scores are the best in the group test.

There are a couple noteworthy results for F-Secure’s test scores. First, it’s 96.4% protection score isn’t great. Especially when its direct rivals managed to detect 100% of threats. Next is the dreadful file transfer score. A negative impact of 54% is pretty unforgivable when checking locally copied files.

Quick verdict: The evidence from AV-Test’s group test suggests that F-Secure Safe 17.2 is a piece of Mac Antivirus Software that’s best avoided for the time being. 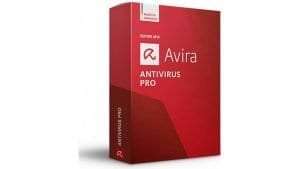 Avira will be disappointed with it’s latest Mac AV test score. Failing to detect 1.6% of threats and adding a 56% lag while scanning locally transferred files will put a lot of potential customers off.

Avast Security was majorly let down in one department. “Slower download of frequently-used applications”. Here is added an extra 81% to the performance. Which is unacceptable and unfortunate as the software score really well in all other areas.

Quick verdict: Avoid. The impact on download performance is too big to forgive. There are better Mac AVs out there.

Tests are broken down into the following three areas.

Performance: The next test was the effect each antivirus application had on a Mac’s system performance. To test this, 27GB of various data was copied and downloaded to a Mac. The base time, with no antivirus software installed, was 249 seconds (149 seconds to copy and 90 seconds to download files).

Kaspersky, Symantec, ClamXAV and MacKeeper were the best performers in this test, each posting times within <2% of the original test. Sophos and Trend Micro performed the task adding 2% to the time. BitDefender and ESET added nine and 13 seconds to the copy times respectively, which is equivalent to an additional 4% and 5.5%. Bringing up the rear is Protect works and Intengo with scores of 10% and 16%.

Detection of Potentially Unwanted Apps (PUAs): The final test was the detection of PUAs. This is software that technically can’t be classified as malware because it isn’t malicious. However, users will find these applications annoying. The test included 195 PUAs.

The top scoring Mac antivirus applications here were Symantec, BitDefender, ESET and Intengo. Each protecting Macs from 99% of PUAs.

Bitdefender and Intego all recorded perfect scores in malware detection, but their system loads were higher than the programs above. Bitdefender 5%; Intego 16%.

Trend Micro is also a solid option, detecting 99.5% of malware threats with only an additional 2% on the system load.

Yes. Many people will tell you the opposite, of course. And it is true that the threat is much less urgent if you are a Mac user than those Windows-using clowns. But if you have a Mac you care about, and it is connected to the web, you ought to install security software.

Macs are less vulnerable than are Windows PCs and laptops for two reasons. Firstly, there are fewer Macs. All cybercrime is based on plucking low-hanging fruit, so the much larger group of Windows users in the world is a much bigger target. That may change, however, as the Apple user base grows. Lest we forget, Macs are expensive so Apple users are a lucrative target.

Which brings us to the other point: Macs are harder to attack than are Windows PCs. That’s because the Mac OS (previously OS X) is a UNIX operating system, built in the dim-and-distant past on a UNIX derivative. This means that it is sandboxed. Unlike a Windows PC or laptop, if a crook infects a Mac in one area, they can’t get it all. Not easily, anyway.

This makes Macs less attractive to hackers. But that is a long way from making them invulnerable. So if you value your computer and the information on it, get yourself some security software. These are the best.

We base our ranking on the most recent AV-Test group review of Mac antivirus products, as well as price and ease of use. The tests look at efficacy in terms of detecting and destroying known and unknown web threats, and the impact each program has on system performance. We’ve split the best Mac antivirus products into those you pay for and free Mac antivirus. In general, the best free products offer high levels of protection but tend to have a greater negative impact on system performance when compared to their paid brethren. Read our ‘Do Macs get Viruses?‘ article to find out more. 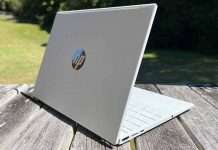