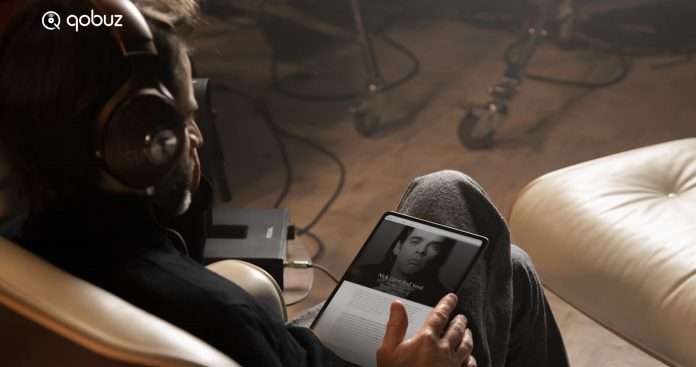 Qobuz is available on all major platforms – iOS, Android, Windows, Mac – and offers a big advantage that some of its rivals don’t: Chromecast support. Giving users the ability to resurrect older “dumb” speakers and bring them into their smart home set up.

Its closest rival, Tidal, has been offering a similar service for several years. While Spotify has announced its planning on launching CD-Quality streaming later this year. But hey, more competition isn’t a bad thing.

Marc Zisman, Editor in Chief at Qobuz explains why his high-res music streaming service is different:

“Qobuz is different from other services in that it offers rich editorial content – with deep dives into albums and discographies and artists. Half a million album reviews and biographies, articles on musical news, testbeds on new hi-fi equipment, interviews, files on the history of a group, a label or a musical movement. Qobuz tells you the history of the music of yesterday, today and tomorrow. Whether you are a fan of classic rock, baroque, electro-pop, death metal, jazz or folk, we monitor all styles.”

There’s also a “Studio Sublime” tier, that costs NZ$29.16 per month (billed annually at NZ$349.99). This, allows customers to buy tracks and download them to their device at a discounted price. This, as far as I can tell, is the biggest point of difference Qobuz offers as a high-res music streaming service.

Currently, Qobuz has 57 million tracks available to New Zealand customers. However, a recent review from What Hi-Fi? points out that it regularly had issues finding music on Qobuz that were available on Tidal, Spotify, Apple Music and Deezer.

Qobuz is offering a month-long free trial, with a valid payment method, allowing users to cancel their subscription at any time, even during the trial period.