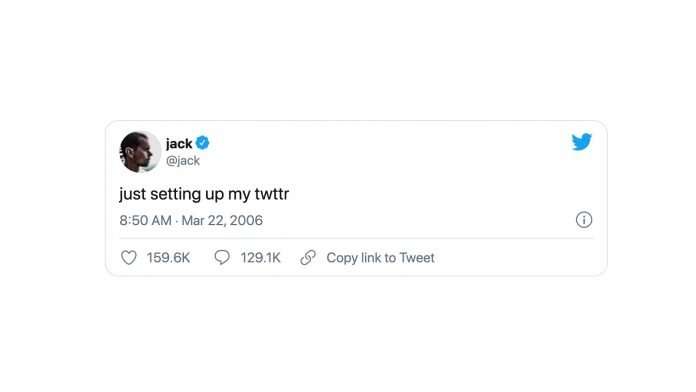 The high-profile sale comes a couple of weeks after the NFT from a piece of digital art titled “Everydays: The First 5000 Days” sold for US$69.3 million (NZ$95.7m).

Interestingly, there’s some overlap between the two sales. Both purchases are linked to blockchain companies. “Estavi”, the proud new owner of the NFT of Jack Dorsey’s first tweet is the CEO of blockchain company Bridge Oracle. Likewise, the new owner of the US$69.3m NFT of “Everydays: The First 5000 Days” was a bidder going by the name Metakovan, the founder and financier of Metapurse – a “crypto-exclusive fund that specialises in identifying early-stage projects across blockchain infrastructure, finance, art, unique collectables, and virtual estate” according to its website.

What does it mean? Not a lot. At this stage, all the “hype” is being generated by parties already invested in blockchain and NFTs. Both of the multimillion-dollar purchases have been made using the cryptocurrency Ethereum too. A while the current market value of Ethereum is worth a lot of real money, it’s still an important distinction to make.

As promised, Dorsey immediately converted the proceeds from his sale into Bitcoin and donated the money to the @GiveDirectly Africa Response.