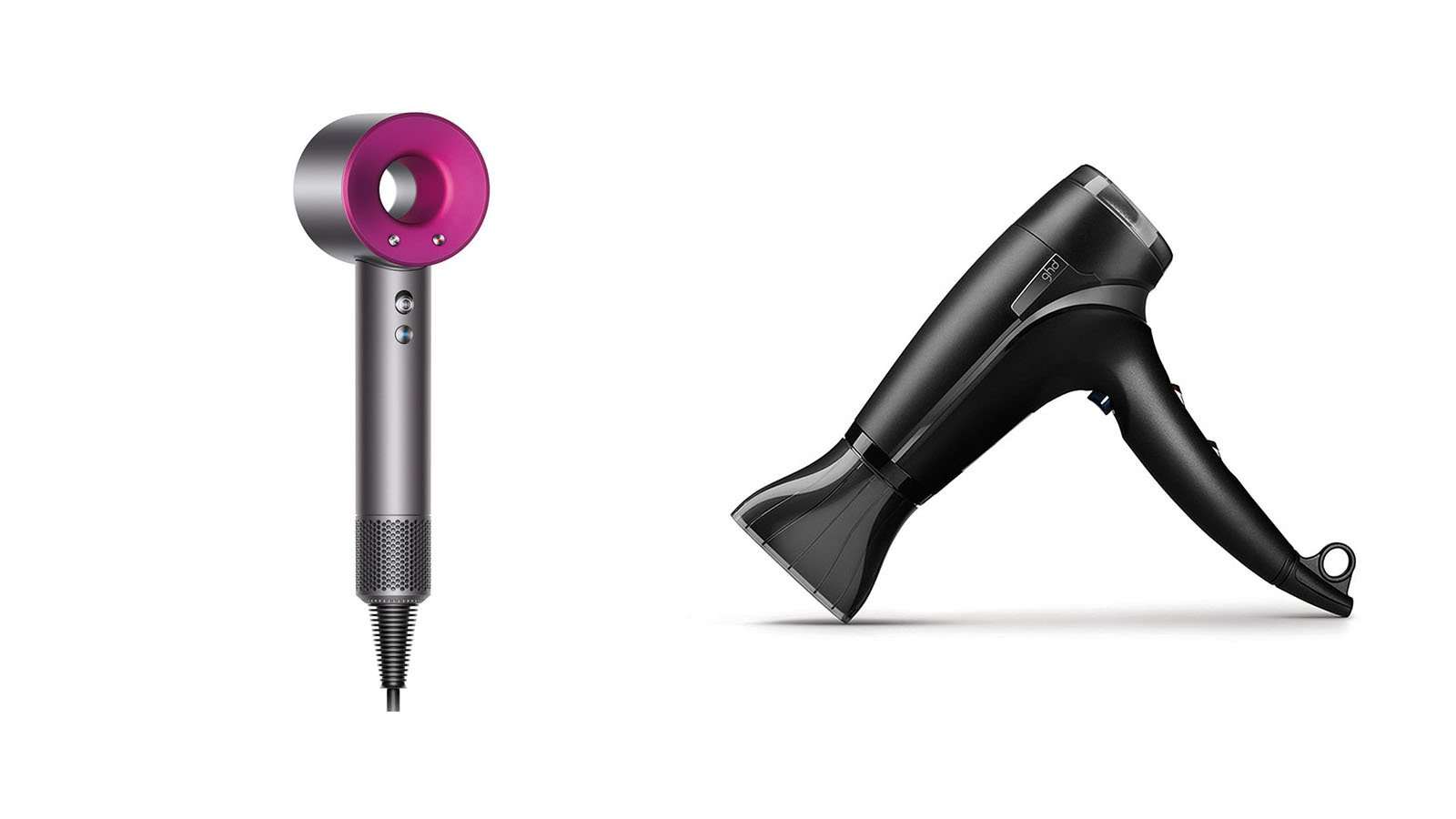 Is the Dyson Supersonic worth the money, or is the ghd Aura still the market leader? We pitch the two against each other to find the answer to the question “what’s the best hairdryer?” Here’s our Dyson Supersonic vs ghd Aura comparison review.

This is one area where the two dryers differ significantly. The Dyson Supersonic users an intelligent heat-control system that feeds data up to times per second to a microprocessor. The technology is designed to regulate temperature and keep outputs at non-hair-damaging levels.

Both the Supersonic and Aura employ Ionic technology to dry your hair faster. The science behind this is that negative ions have been found to significantly improve the breaking down of water molecules. Ionic technology produces millions of negatively charged ions which are infused with the hot air flow to speed up hairdryer times.

The Dyson Supersonic’s intelligent heat-control system is impressive technology. However, it’s a little superfluous for a hairdryer. Regulating the temperature via the choice of material, like the Aura achieves with ceramics, is just as effective. Both devices use of Ionic technology is good to see.

See also: ghd Air review: The BEST hairdryer you can buy for under £100. 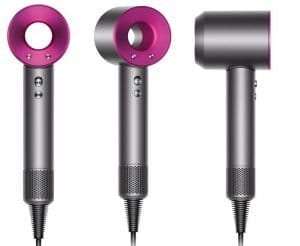 The Dyson Supersonic isn’t shy about using technology. It’s heat-control-system, mentioned above, is testament to the fact. The motor powering Supersonic is unique. It’s Dyson’s new V9 digital motor that spins at 110,000 revolutions per minute. Dyson is claiming it achieves an “inaudible frequency” beyond the range of human ears thanks to the use of 13 blades rather than the traditional 11. This isn’t strictly true. You can still hear the whirl of the motor working, but it’s definitely muted. We’ve recorded the Dyson Supersonic operating at levels as little as 75dB.

The Cool-Wall Nozzle is a new feature that keeps the outer casing and nozzle cool during use via using a wall of cool air. It’s designed to let users work much closer to the hair and scalp with burning themselves.

The use of what ghd calls Laminar technology helps the hairdryer produce 42% more concentrated air (compared to its previous models). This has been designed to allow more precision when drying hair letting you focus on one section of hair without disturbing other areas.

Both hairdryers debut new technologies and both work really well. We really like the precision you can achieve with the Aura, while the Dyson’s motor and lack of noise are a real positive too.

Dyson’s aim with the Supersonic was to reinvent the hairdryer, just like it did with the vacuum cleaner. Has it achieved this? Not really. The Dyson Supersonic is definitely different. It’s beautifully designed and looks great, something you’d expect from James Dyson, (alumni of the Royal College of Arts, just like Apple’s Chief Design Officer Jony Ive). The ghd Aura is more traditional. It just looks like a hairdryer should.

Both devices have designed their units to distribute the weight differently. The Supersonic has its motor and the majority of its 700g weight located in the handle. This creates a balanced and non-top-heavy feel, making it comfortable to hold aloft for the several minutes needed to dry your hair.

The ghd Aura has opted for something different altogether. It’s moved the power pack out of the gun altogether, positioning it a few feet away further down the cable. This redistributes the 1.54kg weight totally, keeping some of the bulk out of your hands.

Both hairdryers come with removable filters to aid with cleaning

The Dyson is visually stunning and doesn’t even weight half as much as the ghd Aura. Add in the totally balanced weight distribution, largely due to the motor being located in the hairdryer’s handle, and the Dyson Supersonic is a clear winner.

Great. However, it’s fiddly controlling these settings as both the speed and heat buttons are located at the back of the dryer on the fan. Meaning you can’t quickly adjust setting with your thumb or finger as you can on regular hairdryers. Your setting level is indicated via small LEDs located at the rear of the device too, meaning you need to pull it away from your hair and move it into view to check your level. Not ideal.

The ghd Aura is a much more standard affair. IT comes with two speed and three heat settings. These can all be controlled while in use with your thumb.

Both hairdryers come with a cold shot setting that can be activated via a trigger button located where you forefinger naturally rests.

The ghd Aura is easier to operate, but Dyson’s wider range of settings give you greater control which, is ultimate, what you want from a hairdryer.

Both hairdryers are fantastic and sit at the top of the industry regarding performance. The Dyson is a stunningly designed piece of technology that challenges the conventional thinking of the market. Whereas the ghd Aura is the exact opposite. It’s a hairdryer that combines all of the industry’s best bits in one device.

Considering the DNA of both theses hairdryers are totally different the end results are incredibly similar. Both hairdryers are fast, quiet and will blow dry your hair in a controlled way that will leave it looking shiny, styled as desired and voluminous.